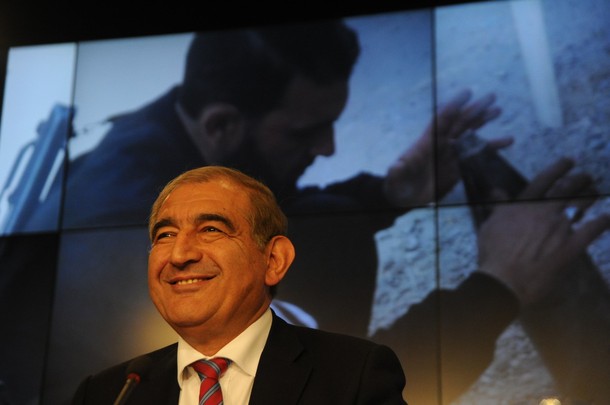 It is clearly intelligence-led. President Obama and Prime Minister Cameron have said that any recourse to chemical weapons by Damascus would be “completely unacceptable” and would lead the US and UK to “revisit their approach” to the crisis. According to Obama even moving the weapons would cross an American “red line” with “enormous consequences”. The implication is clear; the US and UK are considering military action. Is it a credible threat?

The threat posed by Syrian chemical weapons is certainly credible. Damascus is believed to possess some one thousand tons of mustard gas, together with the nerve agent Sarin and possibly VX gas. It is held in over fifty locations but focused on five main sites relatively close to the Turkish, Lebanese and Israeli borders. Syria is also capable of producing several hundred tons of mustard gas per year.

The political implications of Anglo-American military action would be profound. The days are now long gone when the West could seemingly act with impunity in the name of humanitarian interventionism. That is why Cameron in separate talks with French President Hollande agreed to, “work more closely to identify how they could bolster the opposition and help a potential transitional government after the inevitable fall of Assad”.

Moreover, a Western-led strike against Syria’s main chemical weapons sites would almost certainly take place without the support of the UN Security Council and thus further sour relations with China and Russia. Arab support would be critical, particularly and at the very least that of Saudi Arabia and Qatar, because it is highly unlikely that Arab League support could be secured as an alternative source of political legitimacy. Iran would inevitably see such an attack as part of a much bigger stratagem aimed at Tehran and there is even the possibility that members of the Iranian Revolutionary Guard would be killed or injured.

In Europe the prospect of British and French forces acting alongside the US, much in the way they did over Libya, would no doubt split Europeans (again). Even at home it is hard to see the American, British or French people happy to see their forces inserted yet again into another political quagmire.

Military action would be complicated to say the least. That is why Obama has suggested that even moving the weapons would cross an American “red line”. If they are dispersed prior to use then the already limited chances of such a strike succeeding would be reduced to nil. The strike would need to be overwhelmingly US-led using Special Forces acting on real, real-time intelligence probably operating from bases in Israel and Turkey, which would itself complicate matters. Jimmy Carter’s botched April 1980 attempt to rescue American diplomats held in Tehran would no doubt gravely exercise Obama’s military and political planners in this election year.

The French might be able to offer some air support, most likely from their aircraft carrier Charles de Gaulle. The British could perhaps offer their Special Forces, which remain amongst the few units in the British armed forces that have not been significantly weakened by London’s savage defense cuts, the impact of which was all too apparent in the skies above Libya. Indeed, it is becoming increasingly galling to hear Cameron talk big on the world stage as he cuts the very forces with which he needs to act. ‘Talk big, act small’ is rapidly becoming the mantra of this increasingly incompetent British government (and that is saying something). The rest of Europe? Forget it.

However, the greatest danger is that once again the West will confuse values with interests and use the threat posed by Syria’s chemical weapons to embroil its forces in a Syrian civil war in pursuit of vague humanitarian objectives. The Syrian opposition is made up of a range of groups and beliefs some of which are implacably anti-Western. Failure would end at a stroke the new, implicit ‘strike and punish’ strategies of all Western powers and simply lead to another failed intervention at the end of this age of failed interventions.

Ultimately, any such mission could offer no guarantee that Syria’s chemical arsenal can be either destroyed or neutralized. Better instead to carefully identify those members of the opposition with whom the West can work. And, uncomfortable though it may be establish contact with those with links to the regime who might be able to help form a transitional government in Syria.

Richard Schickel once wrote, “The law of unintended consequences pushes us ceaselessly through the years, permitting no pause for perspective”.

It is time for perspective on Syria. This is no time to bluff.