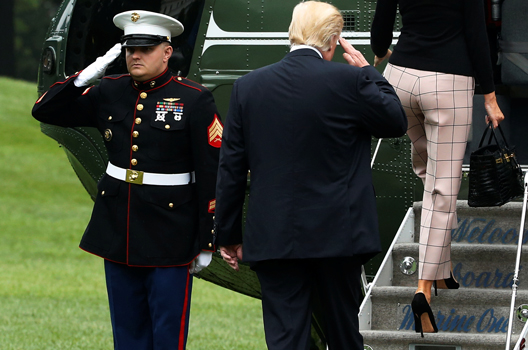 On July 6, heads of state from across Central Europe will convene in Warsaw, Poland, to address how to drive forward regional infrastructure projects. They will be joined by US President Donald J. Trump. The Three Seas Summit, convened by the presidents of Poland and Croatia, involves nations situated between the Baltic, Adriatic, and Black Seas. The participants will be driven by a shared determination to complete the vison of a Europe that is whole, free, and at peace.

Twenty-eight years after the fall of the Berlin Wall, much progress has been made toward fulfilling that vision. The accession of Central Europe’s countries to NATO and the European Union (EU) contributed to the security, stability, and prosperity of the entire continent as well as the transatlantic alliance.

These have been remarkable successes, yet the task is far from complete. Europe’s economic and social woes, as well as new security challenges, add to the urgency of completing and consolidating the European integration project—a project that is critical to catalyzing and reinforcing the prosperity and resilience of the EU as a whole.

A major challenge is to overcome Europe’s divisive infrastructural legacy.

For more than half a century after the end of World War II, infrastructure interconnections on the continent focused on the development of the East-West axis. During the Cold War, pipelines that delivered Soviet oil and gas to Central and Eastern Europe also served as tools of submission and control. After the fall of the Berlin Wall, countries in the region, understandably, focused on integrating their economies into advanced Western markets, to a large extent neglecting intraregional infrastructure development along the North-South axis.

In 2015, Croatia and Poland launched an effort to accelerate the construction and modernization of North-South cross-border energy, transportation, and telecommunications infrastructure across Central Europe. By intersecting and expanding legacy East-West communications links, these projects promise to simultaneously increase economic engagement among the national economies of the Three Seas region and between the region and Western Europe.

Implementation of the Three Seas agenda would have positive strategic implications for Europe. First, it would establish a powerful set of economic arteries, including energy pipelines, powerlines, highways and railways, and telecommunication lines, that would mobilize the economic potential of a region that is home to 105 million people and has a $3.3 trillion GDP.

Moreover, expanding the energy networks across the Three Seas region would diversify sources of energy for Central European states. This translates into enhanced energy security and is exemplified by the LNG terminal now operational in Świnoujście, Poland, and the one proposed for Krk Island, Croatia. These terminals can tap into a growing global supply of LNG, including from the United States. Together with regional pipelines and powerlines, these energy linkages are critical to the completion of an effective and resilient single European energy market.

More broadly, the Three Seas Initiative (TSI) offers the continent a way toward smart, sustainable, and inclusive economic growth.  Unleashing Central Europe’s economic capacities by expanding its linkages to Western Europe benefits all of Europe. Central European prosperity is a powerful, if often underappreciated, means to increase Europe’s economic competitiveness in the global marketplace and its resilience to that market’s ever-increasing volatility.

Trump’s participation in the Warsaw summit could further underscore the potential of the TSI. Washington has long recognized that an economically prosperous, resilient, and undivided Europe presents a more capable and reliable partner in this age of global turmoil.  US endorsement of the Three Seas vision would be fully consistent with the vision of a united Europe, as well as Washington’s past advocacy of energy networks that diversify the region’s and Europe’s energy supplies.

Success at the Three Seas Summit will be defined by the unity expressed by its participants and their ability to prioritize and operationalize cross-regional projects in close cooperation with European institutions. That will be key to ensuring sustained, long-term support from not just the EU and the United States, but also the international business community. Openness, pragmatism, an enabling investment climate, regulatory convergence, public-private partnerships, financial assistance from European funds, and sustained government support will be the keys to success.

Infrastructure is the foundation block of economic growth, prosperity, and resilience. It is also a critical cornerstone to the vision of a Europe that is undivided and free. That is why progress at the Three Seas Summit is so vital to the future of Europe and the transatlantic alliance.

David Koranyi is the director of the Energy Diplomacy Initiative at the Atlantic Council. You can follow him on Twitter @DavidKoranyi.

Image: US President Donald Trump (C) returns a US Marine's salute as he and first lady Melania Trump board the Marine One helicopter to depart for travel to Poland and the upcoming G-20 summit in Germany, from the South Lawn of the White House in Washington, DC, July 5, 2017. (REUTERS/Jonathan Ernst)