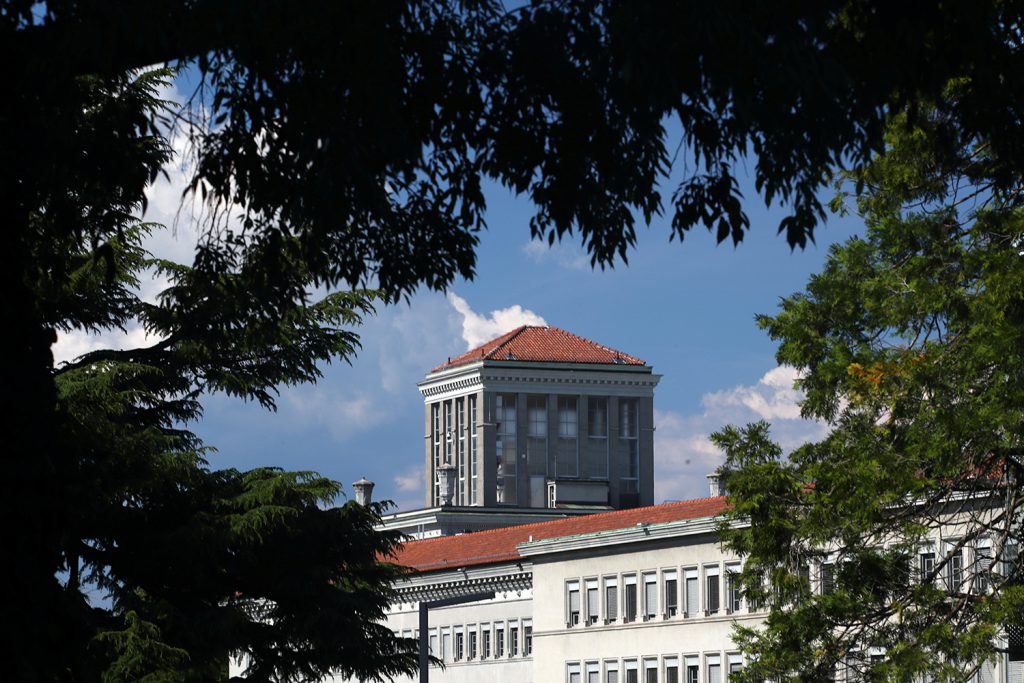 It is already well known that the Trump administration’s trade policy is bold and provocative if nothing else. History will tell us if this approach accomplished much more than disruption. It has had its successes, notably a NAFTA 2.0—the US/Mexico/Canada Agreement (USMCA). The China Phase One agreement may eventually bear fruit, but clearly at a high cost. And the US departure from the Trans-Pacific Partnership was short-sighted and political—the move lacked a strategic vision of how a regional agreement can strengthen relationships and counter the economic challenges posed by the rise of China. The tariffs on steel and aluminum products under a rationale of national security accomplished little more than alienating nearly all US trading partners, many of which have been close allies over the years.

The Trump administration’s policy on the World Trade Organization (WTO) has been a work in progress. Just a few years ago, it appeared that the WTO might be turning a corner after years of drift and failure during the long-running Doha Round negotiations. A very important new multilateral agreement—the Trade Facilitation Agreement (TFA)—was struck, and a large number of WTO Members had finally acknowledged that the Doha Round had run its course and the moment had come to pursue some new approaches, such as “plurilateral” negotiations among subsets of Members ready to move ahead at a faster pace on specific priorities, without prejudice to the interests of others. The ongoing negotiations on electronic commerce is a good example.

The Trump administration came into office after candidate Trump had widely criticized the WTO as unfair to US interests. Much of the last three years has been spent on its preoccupation with the WTO’s Appellate Body, which the Trump administration, and frankly the Obama administration before it, viewed as operating far outside its mandate in making final determinations on the WTO consistency of a Member’s disputed measures. The administration’s views on broader WTO reform have been less clear.  The administration has been a leader in negotiations on electronic commerce and fisheries subsidies and focused attention on the broken system for transparency and treatment of developing countries. But it also engaged in a deliberate effort to sabotage a central institutional pillar—the Appellate Body—in need of reform but not elimination; made accusations that the WTO had failed in corralling the behavior of China and pursued US unilateral approaches in response; and occasionally raised questions about whether the world might be better off without the WTO.

Now the WTO may be confronting a true existential threat brought on by the Trump administration, even at a moment when COVID-19 has severely limited its activities and its “leader,” Director General Roberto Azevedo, announced his departure a year before the end of his term. This new threat comes in the form of an announcement by the US Trade Representative (USTR) Ambassador Robert Lighthizer that the administration plans to “reset” its tariffs, which have been bound at an average rate of roughly 3.4 percent as the result of decades of give-and-take trade negotiations. As Bryce Baschuk wrote for Bloomberg, this could be the most significant shift in US trade policy in more than a quarter century.

It appears that this new drama could start to unfold in coming weeks through submission of a notification under “Article XXVIII,” which provides unilateral authority to permanently increase tariffs following consultations with affected suppliers. If there is no agreement on compensation, these affected suppliers can retaliate by raising their tariffs in response. The provision has been used sparingly in limited circumstances in the past and is familiar mostly to a small group of WTO trade nerds. Speculation so far suggests that the Trump administration could use Article XXVIII on a massive scale with the general goal of raising US tariffs to levels the United States views as reciprocal to high tariffs of major trading partners.

The Trump administration is correct in noting that US average tariffs are among the lowest in the world, although most economists would argue that this helped to sustain remarkable economic growth since the creation of the multilateral trading system in 1947. It is also understandably frustrated with the much higher average tariffs in many major developing economies, such as India and Brazil. Those countries, along with China, which has lower average tariffs although higher than the United States, refused to seriously engage in Doha Round negotiations on tariffs, generally obscuring their interest in maintaining high tariffs with calls to roll back existing WTO trade obligations, which was a non-starter for the United States and many other WTO Members.

However, a US administration action now to invoke Article XXVIII across much of its tariff schedule, from grapes to motorcycles and telecommunications network equipment, would amount to an ultimatum that the United States will apply whatever tariffs it deems reciprocal as the price for keeping the WTO in place. In fact, it suggests a global system of trade that was generally prevalent between the two world wars almost a century ago and one that would hardly resemble the one that was painstakingly developed in the aftermath of the last world war.

It might be easy to overstate this argument. The WTO is in need of repair and some might legitimately argue that it needs a severe jolt to update it to current realities, which include an ascendant superpower that has effectively unleashed its state-managed economy in ways that have created losers in other countries. Even a forced rewriting of tariff schedules in the name of greater reciprocity would still leave an elaborate system of trade rules that could be built upon to address the challenges of the present and future, including industrial subsidies and forced technology transfer. WTO processes rarely move quickly, and a US effort to renegotiate tariff schedules would likely play out into 2021 and perhaps beyond, assuming there is a second Trump administration.

Even if concerns turn out to be overstated, it would be an unprecedented effort to rebalance the levels of rights and obligations across much of the Membership of the WTO. In December 2012 in the WTO’s General Council, following an Article XXVIII notification by Ukraine on a much smaller scale, the US ambassador to the WTO at the time, Michael Punke, noted that:

“For the past ninety days, the United States, along with others that have spoken today, has urged Ukraine to abandon its proposed action under Article XXVIII. As my Minister has made clear, Ukraine’s continued pursuit of this action will have serious multilateral and bilateral consequences. We regret that despite the outcry of concern from Members in Geneva—the extent to which I have not seen in my time in Geneva—Ukraine had not yet withdrawn its Article XXVIII notification. We still hope that they will do so.”

At the very least, the present scenario deserves more than a summary announcement, which then initiates what could be a juggernaut process that leaves most of the world shell-shocked in considering how to respond. A period of consultation and reflection, including members of Congress, a wide spectrum of stakeholders, and key countries that have been traditional allies, would seem warranted.  The multilateral trading system has delivered over many years and deserves a community approach to questions concerning its future.

Traditional industry was under heavy pressure to improve productivity through digitalization long before the onset of the COVID-19 pandemic. Now, the longevity of corporates in retail, travel, financial services, and real estate is in severe question, as disruptions by the COVID-19 pandemic have wreaked havoc on productivity. After COVID-19, remodeling business operations and digitalization will be necessary for survival.