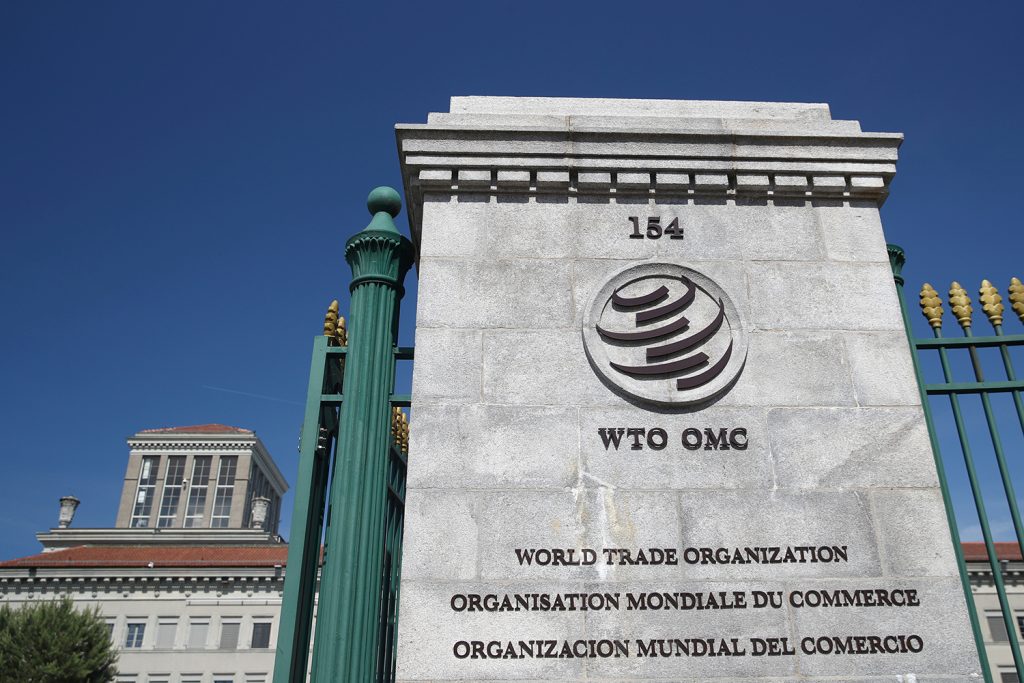 WTO reform sometimes sounds like debating the number of angels that can dance on the head of a pin. The WTO Members will champion “predictability” as a requirement for increasing trade. But after that, the conversation will quickly get very detailed.

Few reforms will be broad enough to grab headlines. There won’t be a big re-design. No path for developed countries to claw back manufacturing. No obvious answers to the “China problem.”

Instead, if the WTO Members are serious, there will be a healthy dose of minutiae. Timelines, words, aspirations. There will be some content tailored for political consumption, but the expectations, especially of critics, are sky high. These need to be managed.

Talk of reforming the WTO started before the ink was dry on the 1995 texts. It picked up in 2001 with the launch of the Doha Development Agenda. The proposals to date haven’t been quite as provocative as you might expect, given the mess the WTO is in right now.

For example, one of the most discussed reforms concerns third-party rights. These are WTO Members who aren’t the plaintiff or respondent but want to explain their views on how the panel or Appellate Body (AB) should handle the case. Nearly all of the proposals are about the need to increase third-party rights. This is encouraging, the message being that there is demand for greater access to dispute settlement. This wouldn’t be a priority if the system didn’t work.

Interestingly, the term that has never received much attention in reform proposals is “precedent.” Even today, despite the collapse of the AB over US concerns about precedent, little ink has been spilled on the issue. Members frame precedent as being about whether the WTO is like a court, handing down rulings that should be followed in the future. There’s no doubt that these rulings cannot help but set expectations. Indeed, it’s hard to imagine how things could be otherwise. But how binding?

This raises the issue of “cogent reasons.” Cogent reasons, as a bar to clear in departing from past rulings, caused quite a stir in US—Stainless Steel (Mexico), a case at the epicenter of the debate over precedent. The United States invoked cogent reasons in its first submission as the respondent. But it was Europe’s third-party submission that caused a buzz, explaining that, if the panel wanted to depart from prior AB rulings, it had “to identify cogent reasons….”

Is this “cogent reasons” standard written down at the WTO? No, but it’s now part of the language of dispute settlement, and it will figure prominently in reform efforts. It’s here to stay.

Interestingly, in appealing US—Stainless Steel (Mexico), Washington largely dropped its talk about cogent reasons and focused, instead, on judicial activism. This involves legislating from the bench, a concern that reaches well beyond the WTO. The United States insists that the AB has filled in gaps in the law where these exist, and then locked in these changes through precedent. But is this one problem or two?

Moreover, the WTO already prohibits judicial activism. It says that rulings cannot “add to” obligations or “diminish” rights. Is this separable from precedent? Or a strict function of it? Few, if any, reform proposals touch on these questions. Members will have to get creative.

And there you have it, the contours of a debate on which the fate of the AB, and WTO dispute settlement, will largely turn. But it’s not the kind of debate over reform that will either appease critics, or embolden proponents.

Proponents need changes too. Changes that sell in national capitals and beyond.

On day one, the next leader of the WTO has to start managing expectations.

Marc L. Busch is the Karl F. Landegger Professor of International Business Diplomacy at the Walsh School of Foreign Service, Georgetown University, a nonresident senior fellow at the Atlantic Council, and host of the podcast TradeCraft

The WTO needs a new DG: No time for business as usual

Will the WTO finally pick a woman? Which continent “gets” the slot? And does the institution need someone from a developing country? These questions merit attention, but first, it’s time to ask why this isn’t “business as usual.”

Image: A logo is pictured on the headquarters of the World Trade Organization (WTO) in Geneva, Switzerland, June 2, 2020. REUTERS/Denis Balibouse/File Photo