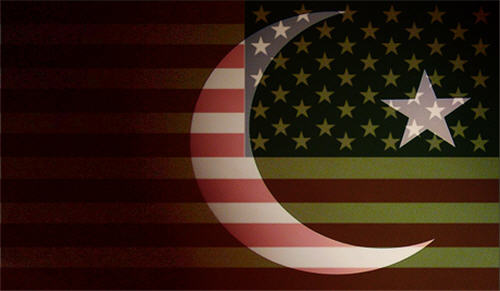 As the details of the stunning American Navy SEALS raid that killed Osama bin Laden last Sunday filter into the public view, one controversy seems to be brewing much more obviously and openly than any other. That concern is the role of Pakistan in providing the sanctuary in which bin Laden apparently existed for upwards of six years. What, exactly, did the government of Pakistan know about all this? And why did they keep secret what they did know?

As is well known by now, bin Laden lived in a walled compound in what is now referred to as the Islamabad “suburb” of Abbottabad, which was also where a number of retired Pakistani military officers resided. Although it is not clear that bin Laden ventured outside the high walls surrounding the several structures that constituted the compound, the dead terrorist was a tall, striking figure, and there have been reports that a number of people saw someone fitting bin Laden’s physical description wandering the grounds off and on. Someone, it seems, must have been suspicious enough to alert officials, but apparently nobody did (exactly how the United States first got wind of his location remains a carefully guarded secret). The simple fact, however, is that it strains credulity to maintain that no one anywhere within the Pakistani governmental structure had any idea that the world’s most wanted criminal was hiding rather openly under their noses, especially given Pakistan’s well-known penchant for security.

It is important to the future of U.S.-Pakistani relations tow determine who knew what in all this. Pakistan is not unimportant to the United States. It is a big country (the world’s six most populous); it has nuclear weapons and a history of conflict with nuclear-armed neighbor India (with whom it is engaged in a covert semi-war over Kashmir); it has been an ally in the “war” on terror; and it has been a partner of sorts with the United States on matters surrounding Afghanistan. None of these are inconsequential concerns, especially since they occur in a highly unstable Pakistani political system that has relied partially on assistance from the United States for its well-being. The relationship is, in other words, a two-way street.

All of this relationship is endangered by uncertainty about Pakistani complicity in bin Laden’s exile residence in their country. If hiding and protecting him was a matter of official Pakistani policy, the repercussions could be extensive: no American administration could openly condone close relations with a country that performed such perfidy. At the same time, concern about Pakistani sensibilities because of American violation of sovereign Pakistani air space to attack Taliban and Al Qaeda within Pakistan would vanish if the Pakistanis prove to be unworthy partners. An abrupt rupture of U.S. support for Pakistan internationally (in its relationship with India) or internally could further destabilize a Pakistan that already sits perilously close to the boundary between stable and failed states in the world.

It is probably a good idea to look before we leap.

To say “Pakistan” must have known about bin Laden’s hideaway is not very helpful in assessing the situation. Pakistani politics have always been extraordinarily complex, compartmented, and adversarial. The Pakistani military has always had considerable influence and control (critics say excessively so), and they are at constant odds with and suspicious of basically secular democratic influences, such as that represented in the current Zardari government. For their part, those who support popular civilian government have been no great shakes, among other things being masters at the art of political corruption. The military distrusts the civilians, the civilians distrust the military, and both sides have ample justifications for their qualms.

The wild card in all this is Inter-Services Intelligence (ISI). This organization, which was configured in something like its present form by President Ayub Khan, is an aggregate of various domestic and foreign intelligence elements within the government. It is quite extensive, and it plays a number of roles, including serving as a conduit to Islamic radicals seeking to annex Kashmir to India. It is widely identified as having sired the Taliban as a way to keep Afghanistan weak and thus to maximize Pakistani influence in that country. It served as an instrument to help funnel foreign assistance to the mujahadin groups fighting the Soviet occupation of Afghanistan in the 1980s, and its first associations with bin Laden probably date to that period, when bin Laden served as a recruiter of foregn fighters into Afghanistan. The exact relationship between the ISI and bin Laden after he formed Al Qaeda is a bit murky, but it is fair to say the two organizations knew one another. Further, the ISI has been active within Pakistan’s Pashtun minority community, and it has served as a trainer for what many consider terrorists going into Kashmir.

If any one part of the Pakistani government knew about bin Laden’s whereabouts, it was almost certainly the ISI. In turn, however, the ISI has been cooperating with American intelligence in the effort to identify and take out Taliban and Al Qaeda assets in Pakistan. Exactly what kind of “double game” the ISI was playing in all this requires the imagination of the late Robert Ludlum to unravel, but if there are not ISI fingerprints on the situation when all is said and done, it would be one of the world’s great surprises.

The problem is how the United States should proceed with Pakistan. Almost certainly, there will be pressure on the administration for some kind of sanctions against the Pakistani government to “fess up” to their involvement, but embarassing the civilian regime might well be counterproductive. If those who were complicit in hiding bin Laden are to be found and dealt with, it will take the mutual efforts of the civilians and the professional military bringing the ISI to heel, and that will be a monumental task that will not be assisted by American indignation, however well based, that Pakistan must have played a role in keeping bin Laden safe for so long. Pressure behind the scenes is certainly appropriate and is no doubt being applied “as we speak.” Beyond that, maybe the best thing for Americans to do is simply to bask in the satisfaction that bin Laden is dead, that Al Qaeda is now in the throes of a process to determine his successor that will likely leave it further diminished, and that the SEALS performed a job well done.