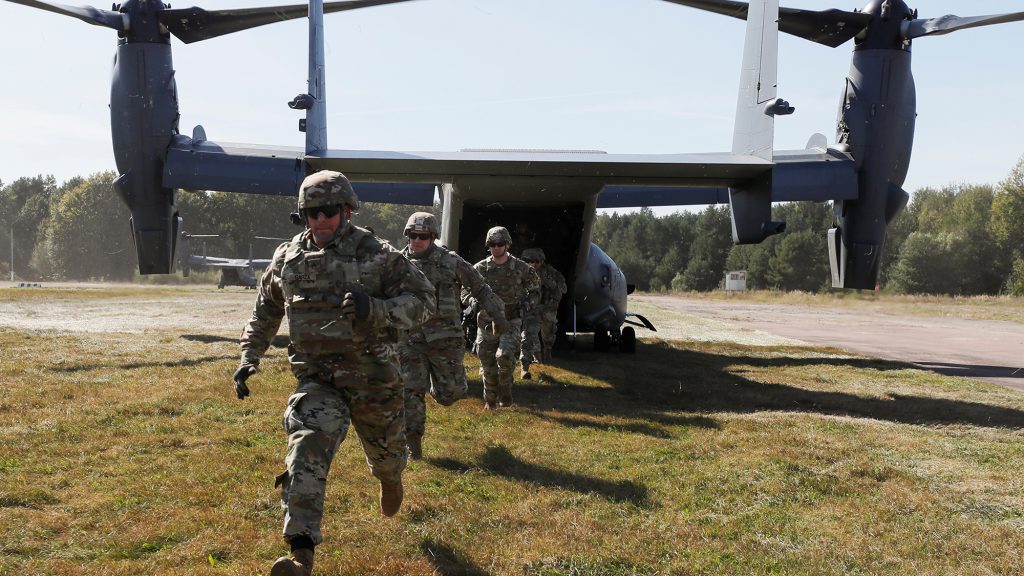 When it comes to working with allies, business-as-usual won’t cut it anymore for the United States—especially in the face of growing Chinese and Russian competition and expanding systemic, regional, and terrorist threats. This is why the United States needs to make strengthening its alliances, particularly in Europe and the Indo-Pacific, a core element of its national-security strategy.

Before World War II, alliances had been composed of two or more countries cooperating in an additive fashion to independently combat a specific threat: Country A plus country B yielded the alliance’s total capability and value. But during the Cold War, the United States began designing its alliances differently, with the understanding that integrated partners are greater than the sum of their parts.

Now, the strengths of country A plus country B are multiplied by the extent to which the partners intertwine their military organizations—including their staffs, rules, standards, and training—and share their capabilities.

Integration has become an important multiplier of an alliance’s capabilities, even though the United States has had mixed results in terms of how far it can take that integration. Still, this has been central to NATO’s success and longevity, as shown by coalitions in the Balkans, Iraq, and Afghanistan, and is a key factor in other major alliances, such as the recently announced AUKUS defense pact.

Here’s how the United States could build stronger integrated alliances capable of standing up to the likes of Beijing and Moscow.

But the United States should expand these initiatives and also boost its permanent forward presence in those regions. This would powerfully demonstrate the US commitment to collective defense (by placing significant skin in the game), bolster military and diplomatic deterrence against China and Russia, and reassure allies.

Expanding US forward presence would also help the United States credibly defend allies that bear the brunt of Chinese aggression and Russian threats, especially in East Asia and in Central and Eastern Europe. Pressing forward in those regions would support the United States and its partners in becoming more integrated by paving the way for larger and more sophisticated combined training, exercises, and military engagement opportunities.

Systemic threats such as the COVID-19 pandemic and climate change—as well as non-conventional threats in the economic, diplomatic, cyber, and social-cultural domains—demonstrate just how much the United States needs to expand alliance integration beyond the military and intelligence realms. Non-military and non-intelligence departments and agencies should collaborate with their foreign counterparts just as the Department of Defense, State Department, and intelligence community typically do.

The US government should also strengthen collaboration with partner governments on policy making, decisions on allocating resources, and implementing strategies to counter the broad range of challenges from China, Russia, and other global threats.

Moreover, the US president, cabinet secretaries, and national security advisors should mend allies’ broken trust in the United States as a partner and expand their discussions with allies beyond periodic “consultations” by including them in everyday decision-making. Overcompensating for past mistakes in alliances is essential; such deliberations might have prevented the recent debacle in alliance management in Afghanistan.

While policy makers will strongly resist the notion of taking a multilateral approach to what they feel are national decisions, the pandemic proves that future threats will not be addressed by a national-only decision-making apparatus driven by domestic concerns. As economic historian Adam Tooze wrote in the New York Times last month, world leaders struggling to respond to the global COVID-19 crisis effectively and swiftly demonstrated “their collective inability to grasp what it would actually mean to govern” today’s interconnected world.

Some key leaders, however, managed to prevent a financial collapse during the pandemic—with governments and central banks synchronizing their responses inspired by a history of close interaction. US decision makers should learn from them and take the same approach to working with allies to address today’s unprecedented global challenges that reach far beyond international finance. The United States must also admit that its capacity to effect global change relative to allies is diminishing and will need to incorporate allied perspectives earlier in policy discussions.

These ideas range from very doable (increasing funding in support of alliances) to nearly impossible (having national leaders jointly make their policies). But the United States faces an unprecedented predicament as its power diminishes while today’s threats, challenges, and sources of instability only grow. This means it will need to treat its allies as more important partners in its national security than it ever has before.

Harry I. Hannah is a retired Central Intelligence Agency officer who worked on a variety of intelligence issues during thirty-four years in the intelligence community. CIA approval for publication does not represent agency endorsement or verification of this work. 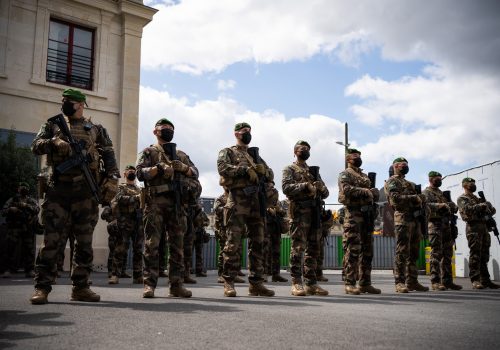 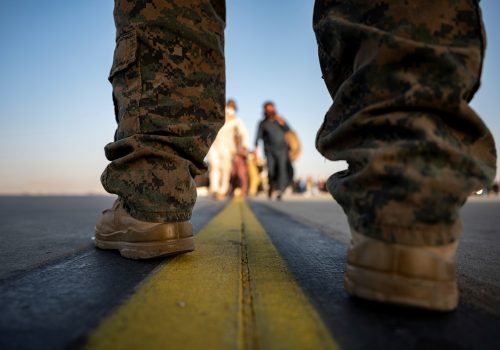 Now is not the time for Europe to raise its defense spending or for NATO to extend its reach beyond Europe—especially into the Indo-Pacific region. Rather, it's time to get back to the core focus of NATO. 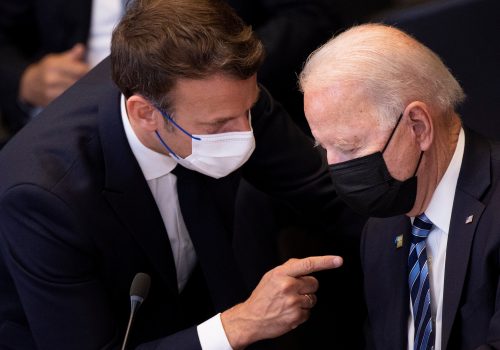 Experts react: The AUKUS deal has shaken the transatlantic alliance. What should the US and its allies do now?

The Biden administration's sunny declarations about America being "back" are facing a sobering reality check.

Image: US servicemen train during the multinational drills "Rapid Trident" at the International Peacekeeping and Security Center near Lviv, Ukraine on September 19, 2020. Photo via REUTERS/Gleb Garanich.