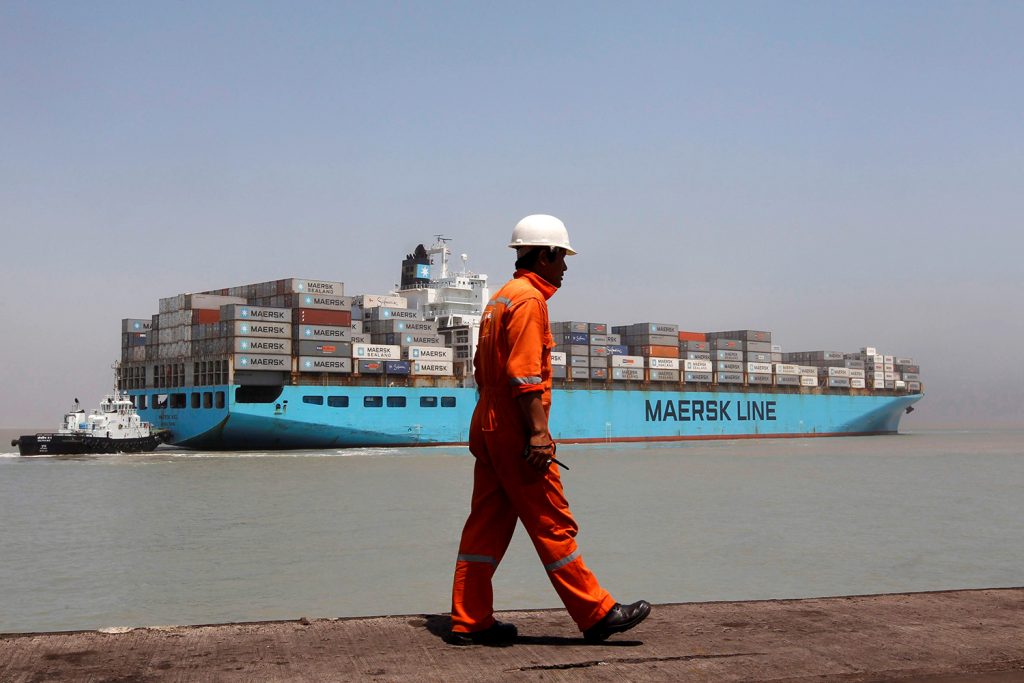 As the United States enters an era of great power competition, its partnerships with the countries of South Asia will be critically important in ensuring the stability of the region and confronting any threats from potential adversaries. The United States will need to deepen its economic ties to the region in order to play a leadership role, even at a time when the United States is itself undergoing an intense national debate on the proper role of international trade as its economy faces shrinking growth and high unemployment. The United States needs a reset on its trade policy in South Asia that focuses on the twin goals of supporting its potential partners in the region and providing tangible economic benefits back home.

The United States can advance its strategic and economic interests in South Asia while promoting regional prosperity through trade policies which foster regional interconnectivity, investment, entrepreneurship, and global value chain (GVC) integration. Pakistan has elements for economic growth as a youthful, populous nation at the crossroads of Eurasia. Along with the South Asian region—the lowest performing for intra-region trade—engaging Pakistan on trade provides the United States with an opportunity to promote regional peace and prosperity, while also increasing the United States’ competitiveness in GVCs.

Pakistan’s burgeoning middle class and the proliferation of promising new industries have fueled recent economic growth. The nation graduated to the status of emerging market in 2017—demonstrating the growing confidence foreign investors have in the country. Pakistan’s ranking in the World Bank’s Doing Business report for 2020 improved to 108 out of 190 countries, its biggest gain ever.

And yet, Pakistan remains hamstrung by an economy dominated by expensive imports and uncompetitive textile exports, rapidly worsening water shortages that imperil a critical agricultural sector, poorly performing economic institutions, and crises of education and public health that rob the country of a more competitive and healthy labor force. Despite a relatively open foreign investment regime and the rising confidence of international financiers, Pakistan has been slow to improve a challenging investment environment driven by an unpredictable security situation, chronic energy shortages, and an unfriendly business climate. Greater reform is needed to address Pakistan’s lengthy dispute resolution processes, poor intellectual property rights enforcement, and inconsistent taxation policies. These changes are needed as The United Nations Conference on Trade and Development (UNCTAD) World Investment Report projects foreign direct investment (FDI) to drop by 45 percent in developing Asian economies in 2020and the  International Monetary Fund  predicts Pakistan’s economy in particular is forecasted to shrink by 2.6 percent this year.

The United States can both strengthen its leadership in South Asia and improve its global competitiveness by pursuing trade agreements with key regional partners, including Pakistan. Trade agreements modeled on the United States-Mexico-Canada Agreement (USMCA) can benefit American businesses while expanding regional trade. Further, the use of US trade preference programs such as the Generalized System of Preferences (GSP) to increase and diversify Pakistan’s trade with the United States will enhance economic regional integration and sustainable development. An effective US trade policy in South Asia must also take into account the positive relationship between economic growth and regional value chain (RVC) participation. This relationship is demonstrated in Association of Southeast Asian Nations (ASEAN) countries, where the correlation between RVC participation and real gross domestic product per capita increase is clear. Participation in RVC and GVC has allowed ASEAN to become a major, competitive global production center for a growing range of products and services.

GVC establish larger production networks through participation in the portion of exports that are part of a multistage trade process. For example, in the manufacturing sector a major producer firm of automobiles undertakes full production of assembling automobiles. The firm drives the value chain, using numerous parts and components from various countries as well as from within the host country. Amid fear of more frequent pandemics after COVID-19, a renewed global interest in resilient supply chains and public health system strengthening is an opportunity to develop local manufacturing to contribute to regional health commodities value chains. Textiles is another a sector with deep value chains in which multiple clothing firms carry forward a multi-stage garment manufacturing process. Agricultural and agribusiness industries are not only important for increasing agricultural production, but also provide opportunities to join in food value chains to secure supply markets and improve productivity. The services sector is also important to value added trade in its own GVC and also provides inputs to other GVC.

A growing body of evidence suggests diaspora communities can play a critical role in supporting sustainable economic development by transferring resources, knowledge, and ideas back to their country of origin. Diaspora investors and entrepreneurs—a key subset of the US private sector—boast the ability to garner goodwill, drive demand for the rule of law, harness international intellectual and financial capital, and understand local context. Building productive capacity in local firms requires the development of linkages between local firms and foreign firms, science and technology support, and an effective intellectual property rights framework. South Asian diaspora communities are vibrantly represented in the US start-up ecosystem as well as emerging technology related to raising finance and providing financial services. For these reasons, they are uniquely positioned partners in the promotion of investment and entrepreneurship in South Asia.

The Indian diaspora’s role in the Indian IT industry is an example of how diasporas contribute to the development of an entrepreneurial ecosystem by creating businesses and jobs, stimulating innovation, creating social capital across borders, and channeling intellectual and financial capital.

The Pakistani diaspora is uniquely poised to recognize opportunities and to exploit business models in Pakistani and Asian markets—essentially by using technologies to create new business and infrastructure in critical industries. With the advent of new exponential technologies, Pakistan’s advantage is its lack of existing investments in infrastructure and institutions that may encumber new disruptive business models. Pakistan can leapfrog up the value chain in manufacturing by leveraging new technologies rather than exporting raw materials to other countries to be processed using traditional approaches.

South Asian entrepreneurs and investors can play a key role in identifying market opportunities and developing roadmaps for the creation of new businesses and institutions for the future. They have the capacity to establish virtuous circles of increased economic liberalization, extended entrepreneurship, expanded growth, and improved governance. The promotion of diaspora entrepreneurship is a vital policy tool to catalyze regional economic integration. Both trade and FDI play an interactive role in advancing value chains, and regional factors are becoming more prominent trade and FDI determinants. Regional economic integration asserts significant influence in trade and FDI patterns, and decision making in corporate investment plans. The relationship between regional value chains and FDI flows require appropriate economic conditions and an enabling policy framework as joining a large (and potentially more prosperous) economic grouping may not necessarily bring benefits in terms of attracting FDI and may result in FDI decreases in some countries. A second issue concerns the importance of ensuring consistency in and coordination of investment policies among countries, as well as between trade and investment policies, and the harmonization of policies and institutions within a country. This investment in effort and resources towards harmonization offers opportunities for increasing transparency, reducing administrative burdens, and attracting foreign investors. South Asian countries can enable GVC growth by maintaining momentum in developing a conducive trade and investment environment and by putting in place infrastructural prerequisites.

The United States can embed GVCs in overall development strategies and industrial development approaches through the US International Development Finance Corporation to enable a cohesive trade and development approach in relation to South Asia. US trade policy that encourages participation in RVC will foster an integrated and cohesive economy in South Asia that increases US global competitiveness in GVC.

The Pakistani Senate is racing to approve multiple bills to prevent money laundering and terrorist financing—and fulfill a twenty-seven-point plan from global watchdog Financial Action Task Force (FATF). With thirteen remaining conditions and an eye on the mid-October deadline, Pakistan is hoping to avoid a demotion from the FATF’s grey list to the blacklist, joining countries such as Iran and North Korea.

Image: A worker walks past a container ship at Mundra Port in the western Indian state of Gujarat April 1, 2014. REUTERS/Amit Dave/File Photo