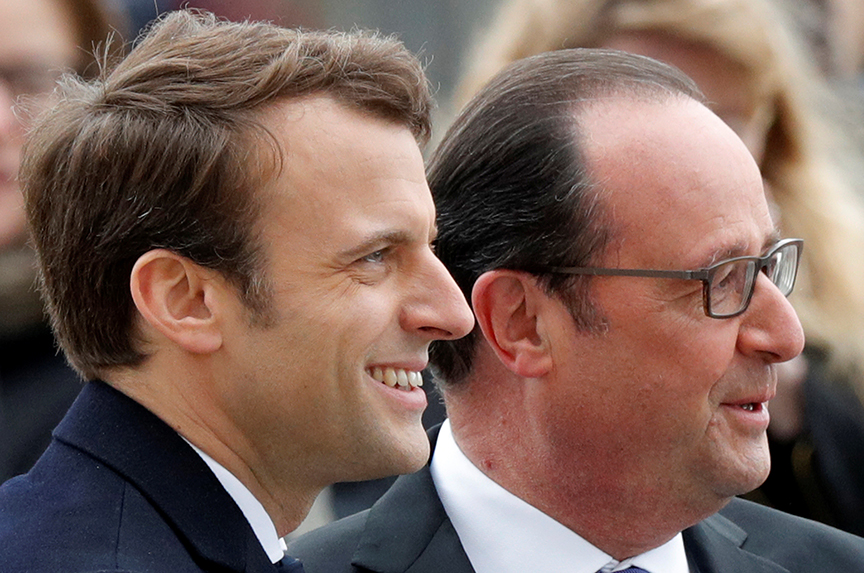 Later in May, US President Donald J. Trump is scheduled to attend his first NATO summit. The summit will take place at a time when most NATO and European Union (EU) leaders are breathing a sigh of relief with centrist Emmanuel Macron’s defeat of the far-right Marine Le Pen in France’s presidential election on May 7. Both Le Pen and Trump—with the overt and covert support of Russian President Vladimir Putin—have been disdainful of NATO and the EU. The Le Pen bullet has been dodged, but the Trump challenge, and the conditions that have given rise to illiberal politics on both sides of the Atlantic, remain.

When I wrote my first book on transatlantic relations in the 1980s, I adopted the late US diplomat Harlan Cleveland’s description of NATO as a “transatlantic bargain.” I emphasized that the “bargain” was about values as well as military affairs, and that, on the US side, the Congress was and would continue to be a partner to the deal. Today, that may be a good thing, as both Democrats and Republicans in Congress have recently been more supportive of the transatlantic alliance than has the president.

Neither Cleveland nor I intended the term “bargain” to mean that this was simply a business proposition—or a “transactional” relationship, as Trump has appeared to understand it. The arrangement referred not only to North Atlantic Treaty signed by the United States, Canada, and their European allies, but also, in another meaning of the word “bargain,” to the fact that it was most likely a “good deal” for all the partners.

NATO has served US and European interests well since it was founded sixty-eight years ago.

For Europe, it provided a security blanket under which European democracies could stabilize, while rebuilding their economies aided by the construction of a “community” system that became today’s EU. The Alliance served its primary purpose of deterring aggression by the Soviet Union while balancing Soviet power and helping maintain the peace.

Since the end of the Cold War, NATO has proven to be the most important instrument in dealing with threats to international stability—starting with the Balkan conflicts of the 1990s and continuing today with responses to the dual threats of Russian revisionism and terrorism fomented by the Islamic State and al Qaeda.

For the United States, the Alliance has ensured that no hostile power would control the European continent—a longstanding component of American grand strategy—and stimulated the emergence of a Europe that shares American values and has become an important trade and financial partner. Despite persistent European shortfalls in defense spending, the allies have generally supported the United States in responding to international security challenges, particularly coming to its aid following the 9/11 attacks—the only time that NATO’s collective defense provision has been invoked. The allies then sent tens of thousands of soldiers to support the US military effort in Afghanistan, while providing overall management of the military effort by leading the International Security Assistance Force (ISAF).

Today, while the transatlantic community faces serious external threats, it also has to deal with internal political challenges to the values on which “the West” is based. NATO and EU members must also deal with the factors that are giving rise to illiberal political tendencies that are eroding democratic institutions and processes, even after the defeat of Le Pen.

The challenges to Western values and institutions posed by Putin, Le Pen, Trump, and some other leaders suggest we all should pay more attention to the need to revitalize liberal democracy in each of our countries. European democracies need to ensure that political, social, and economic conditions provide hope for future generations, promote economic growth and employment, and rebuild faith in the European integration process, the transatlantic partnership, and the values of the West.

The United States, if it wishes to serve as a “shining city on a hill,” needs to recognize that its democracy is still a work in progress. The direct democracy model provided by annual town meetings in which citizens set local budgets for the next year and debate local issues, for example, shows democracy at its best. But other aspects of American democracy, including the gerrymandering of congressional districts and the influence of big money in American politics, remain defects that raise skepticism about America’s model.

The future credibility of the EU and NATO as value-based organizations representing “the West” will, therefore, depend not just on increased and more effective defense spending and effective counterterrorism policies, but also on the quality of the democratic systems and market economies of the member states.

Unfortunately, at least for the time being, we cannot count on a predictable, reassuring, American leader for the West. Trump apparently doesn’t aspire to, and may not even be qualified for, that role.

We, American Atlanticists, therefore, should work with likeminded Europeans to re-establish mutual trust and confidence between the United States and the EU. We should support those American officials and politicians—of both parties—who understand how our cooperation in NATO and collaboration with the EU help defend against the external threats that we face. This means we need to revitalize the political center in the United States and other Western democracies. Political extremes can fire up electorates, but it is at the center where the hard work is done and results are produced.

Macron will face the challenge of the first attempt in a major Western country to build an effective coalition around his brand new centrist party. Political centers in the United States and Europe must become positive forces for constructive change, and then demonstrate the will to make it happen. This must include tax and financial reforms ensuring that Western economic systems, national and international, benefit the average citizen and not just the top 1 percent.

Toward this end, Atlanticists must act as the “populists of the West”—individuals who subscribe to Western values and cooperate to defend them.

If Winston Churchill were with us today, I’m sure he would confirm that this “imperfect” Western system is nonetheless better than any of the alternatives. It should be the mission of the “populists of the West” to preserve and energize it for the benefit of future generations on both sides of the Atlantic.

Stanley R. Sloan is a visiting scholar in political science at Middlebury College and a nonresident senior fellow with the Atlantic Council’s Brent Scowcroft on International Security. His most recent book is Defense of the West: NATO, the European Union and the Transatlantic Bargain (Manchester University Press, 2016). You can follow him on Twitter @srs2_.

Image: Outgoing French President François Hollande (right) and President-elect Emmanuel Macron attended a ceremony to mark the end of World War II at the Tomb of the Unknown Soldier at the Arc de Triomphe in Paris on May 8. Macron was elected president on May 7. He defeated his far-right National Front opponent, Marine Le Pen. (Reuters/Philippe Wojazer)