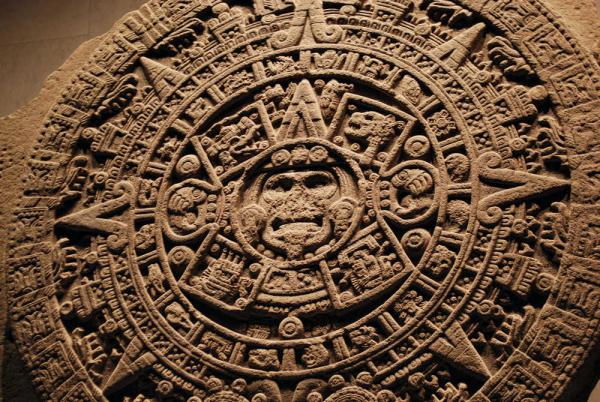 The world will not end today, the date of the so-called “Mayan Apocalypse.”

December 21st is in fact the day that the Mayan calendar reaches 13.0.0.0.0, but the Mayans never believed it would usher in the end of the world.  That idea is a modern myth that nonetheless has captured the imagination of publics around the planet who believe that the world will either end or enter a new and profoundly transformed state.

This is of course utter nonsense – but it is nonsense that policy-makers ignore at their peril, for mass delusions can profoundly affect publics.  And though nothing will happen today, the next twelve months hold several natural events that will give believers ample excuse to transfer their eschatological fears onto dates in the year to come.

A modern myth that won’t end on December 21st

The Mayan Apocalypse is a modern myth thoroughly debunked by Mayan archaeologists and hieroglyph experts, but plenty of people are taking the so-called prophecy seriously. Hotels in Yucatan have been booked solid for months and New Age power spots from Sedona to Mt. Shasta are filling up with their share of believers. Elsewhere on the planet, there have been hints of serious mania, from terrified Russians to Chinese buying “survival pods” in order to ride out the anticipated global flood.

When nothing happens on December 21st, it would be nice if disappointed believers returned to their senses and resolved not to repeat their folly.  But that is as unlikely as an alien craft landing on the White House lawn, because for the eschatologically obsessed, we are always just one portent away from The End. Maya 2012 was a fizzle? No problem; the next apocalypse is always just around the next corner.  Maya 2012 isn’t an event that inspired sensible people to believe in an apocalypse.  Rather, it is the reverse: there is a global pool of individuals convinced that the world will end, and Maya 2012 is merely the latest myth they have latched onto.  When the world stubbornly fails to end at midnight, they will be looking ahead for the next event to fret over.

2013 has plenty of apocalyptic fare to offer to believers

As it happens, 2013 will offer a rich menu of portentous phenomena likely to tickle apocalyptic imaginations.   Here are a few events to put on your calendar:

• February’s Asteroid visitor.  On February 15th, Near-Earth Asteroid 2012-DA14 is predicted to pass within a mere 3.5 Earth radii from our planet, a distance that is well within the orbits of geosynchronous satellites.  The asteroid is small, perhaps 45 meters across, and will be too faint to see without a telescope or good binoculars, but this won’t be enough to dampen the imaginations of believers likely to warn us of a satellite collision or worse.  Of course it will pass harmlessly by, but the believers will warn us that things will be vastly more dire when 2012-DA14 returns in 2020.

• Sun spots in May. Solar Cycle 24 – the latest in the regular-as-clockwork eleven-year solar cycle is forecast to peak in May 2013.  Cycle peaks are typically accompanied by peaks in the number of sunspots – and sunspots really can wreak havoc by sending aurora-generating, electronics-zapping blobs of plasma our way. An 1859 “super-flare” known as the Carrington Event generated auroras as far south as the Caribbean and

delivered enough energy to shock telegraph operators. A repeat today would leave us in the dark with no Facebook or Twitter and only books to read. But as it happens, the May peak of Solar Cycle 24 is forecast to have a below-average number of sunspots.  An errant blob of energetic solar plasma may in fact create real problems for us in the future, but not in 2013.  Meanwhile, look for a split eschatological vote as May approaches, with some believers predicting a Maya electrical meltdown, and others concluding that the paucity of sunspots portends the coming of a new ice age that will turn Earth into a planetary ice cube .

• October’s cometary lightshow.  Discovered just two months ago, sun grazing Comet C/2012 S1 is already thrilling amateur astronomers with the prospect of becoming an easily-seen naked eye object in October.  And if it C/2012 S1 survives its trip past the Sun it could reappear in November brighter than the full Moon.  Of course comets are notoriously unreliable performers and C/2012 S1 could easily be a dud, but comets have been the gold standard of ominous portent since ancient times.  Even a modest comet like Hale-Bopp was enough to inspire the 1997 Heavens Gate suicides, so any C-2012 lightshow is sure to stir up apocalyptic fears.

And yet more apocalyptic terrors lurking beyond 2013

These events are just a few of what 2013 holds for us. Toss in two solar eclipses (May 10th and November 3rd), three Lunar eclipses (April 25th, May 25th and October 18th), and the usual round of meteor showers and there is no shortage of happenings to keep the apocalyptically-inclined all stirred up.  Augmenting these immediate fears is the prospect of real and imagined longer-term events including:

• Near-Earth asteroid Apophis.  Apophis is a near-Earth asteroid discovered in 2004 that briefly was forecast to have a low probability (as much as 2.7 percent) of striking Earth on its next pass in 2029.  This is now considered unlikely, but if Apophis should happen to pass through a small (0.75 km diameter) gravitational “keyhole” on its 2029 flyby, then it might well smash into Earth in 2036.  This is also a vanishingly small probability, but the prospect of the destruction it could cause – comparable to a 28 megaton nuclear blast—was enough to give a boost to planetary asteroid surveillance efforts, like the B612 Foundation started by former astronaut Rusty Schweickert.  While scientists devote serious study to Earth-crossing asteroids, the eschatologically-inclined superstitious look to it as further evidence of an inevitable end to the world as we know it.  The fact that Apophis’ discoverers puckishly named their asteroid after the Egyptian god of darkness and chaos has not helped calm fears among the apocalyptically minded.

•Geomagnetic reversals.  The polarity of our planet’s magnetic field has switched many times, with the length of each “chron” (as a period of constant field is called) typically lasting an average of 450,000 years.  The shift between chrons has typically taken between 1,000 to 10,000 years to complete.  A polar magnetic shift would have little or no impact on planetary life, but perhaps of confusion between the magnetic pole and the Earth’s axis of rotation, many apocalyptic believers have concluded that a geomagnetic shift would spell the end of the planetary order of life.  Recent geomagnetic studies have highlighted evidence of magnetic fluctuations that seem alarming to believers (though not to scientists) who note that we must be overdue for a shift as the last reversal happened nearly 750,000 years ago.

•The mythical Planet X.  A casual web search will turn up no end of sites devoted to “Nibiru,” a pseudoscientific myth of a doomsday planet alternatively hidden in the far reaches of the Solar System, or tracking behind the Sun in a way that it cannot be observed from Earth.  According to believers, Nibiru will eventually reveal itself in a suicide dive past Earth that will either end in collision or planetary disruption.  There is utterly no basis in fact to this wild myth, but absence of evidence has not dispelled the Nibiru fears in the slightest.

It is tempting to dismiss current apocalyptic fears as harmless superstition, but history is full of instances of an excitable few disrupting the lives of the sensible majority.  Famously in the investment space, we have witnessed events like the Dutch tulip mania, the South Seas Bubble, and an English railroad bubble which culminated in the Panic of 1873.  Such events seem unthinkable today, but in a world linked so intimately in cyberspace and populated by numbers of eschatologically-obsessed individuals, the potential for a disruptive myth to spread like wildfire is quite real.  As Charles MacKay, author of Extraordinary Popular Delusions and the Madness of Crowds, wrote in the 3rd edition of that 19th century classic, “Men it has been well said, go mad in crowds and only come to their senses slowly and one by one.”

For all our 21st century sophistication and digital technology, humankind remains a gullible lot overly susceptible to superstition.  Mass manias capable of affecting societies remain very real possibilities today.  Which is why even after December 21st passes without incident, believers in the apocalypse will merely look to the next fearful on their calendar to fret over.  In the meantime, don’t forget to mention the coming May sunspot peak and Comet c/2012 S1 to your friends – if either delivers a sky show, it will do wonders for your credibility as a crystal ball gazer!

Paul Saffo is a senior fellow for the Council’s Strategic Foresight Initiative and managing director for Foresight, Discern Analytics.