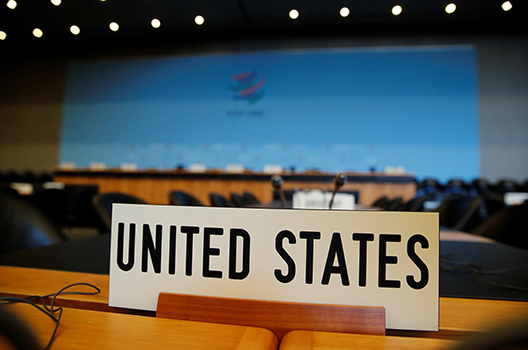 US President Donald J. Trump created ripples when he said on August 30, 2018, that if the World Trade Organization (WTO) doesn’t “shape up, I would withdraw from the WTO.” Trump’s comments highlighted growing complaints against the WTO — voiced most loudly by the Trump administration, but shared to various extents by other countries. Eventually, the Group of Twenty (G-20) Summit in Buenos Aires agreed on December 1, 2018, to start discussing WTO reform, with progress to be reviewed at the next G20 Summit in Osaka in June 2019.

But significant differences remain in countries’ views of the WTO’s problems and the necessary remedies. Several reform proposals have been floated by various groups of countries, only to be promptly rejected by others. Since agreement is based on consensus of all 164 members of the WTO, progress is highly unlikely any time soon.

More importantly, dissatisfaction with the WTO reflects a deeper reality: countries are changing their perception of how their interests have been served, or not served, by the global trading system, especially the United States under Trump. These changes have been fueled by populist backlash from those left behind by globalization. Unless these perceptions change, no amount of tinkering with the WTO’s organizational form, rules, or procedures will satisfy the critics.

The Failure of the Doha Round: The End of Multilateralism?

Although the WTO, and its predecessor General Agreement on Tariffs and Trade (GATT), ushered in a period of unprecedented prosperity since 1947, many countries today have doubts about its effectiveness. In 2001, the WTO’s Doha Development Round was launched — ambitiously trying to cover trades in goods, services, agriculture, and intellectual property protection with a view to helping the advancement of developing countries. It quickly got bogged down and remains in limbo. This probably reflects the fatal flaw of the multilateral, consensus, and “single undertaking” (nothing is agreed until everything is) approach. Such an approach, while desirable to achieving global commitment and legitimacy, allows countries to use it as leverage to push their own agendas.

On March 4, Trump expelled Turkey and India from the US General System of Preferences (GSP), which grants preferential access to designated goods from developing countries. Administration officials said Turkey was deemed to have graduated from developing country status and India was thrown out because it failed to grant access to US companies commensurate with obligations of a GSP country.

As multilateral trade negotiations lose traction, plurilateral (smaller groups of like-minded countries) approaches have emerged, including a mushrooming of bilateral and regional trade agreements (RTAs). The number of RTAs has more than tripled since 2000 to 291 covering about one-third to half of world trade. RTAs are relatively easier to launch and conclude than multilateral agreements, involving fewer members and probably giving those members a better sense of reciprocity. RTAs can be WTO-compliant if they make trade flows freer between RTA members, without raising trade barriers against those outside. Regional agreements, however, offer preferential treatments to members compared to non-members, thus leading to a fragmentation of the global trading system. RTAs also require elaborate rules-of-origin documentation, adding to the complexity and administrative costs of cross-border trading. Consequently, RTAs are viewed as “second-best” to a global multilateral trading regime.

The rise of plurilateral agreements is making the global trading environment more complex, increasing problems of coordination and competition between the WTO and those agreements, and probably making things even more difficult for developing countries.

Another key function of the WTO is monitoring trade policies to help ensure compliance with WTO rules. Critics accuse the WTO of being ineffective in dealing with many violations, including the protection of intellectual property rights and forced transfer of technology, as well as opaque subsidies to exports and state-owned enterprises (SOEs). However, the most common complaint is directed against many countries — notably China — which have not fulfilled their transparency and notification obligations. They are required to notify the WTO of any actions impacting trade, including export subsidies or their SOEs, but many have failed to do so on a timely basis. China maintains it has fulfilled its notification obligations.

The perceived lack of compliance with and enforceability of existing rules has prompted some countries such as the United States to question the effectiveness of multilateralism: why negotiate new rules if existing rules are not being observed or enforced?

The WTO could sharpen its monitoring reports to more rapidly identify rule infractions and strengthen penalties for violators to improve the enforceability of the rules, but only at the cost of challenging the sovereignty of many member countries by requiring them to rectify any violations. In the end, however, rules compliance depends solely on the willingness of sovereign countries to abide by the rules. If some don’t see it in their interest to comply, there’s not much that can be done — reform or not.

The crown jewel of the WTO is its dispute settlement mechanism, where all members agree to have disagreements adjudicated. Disputes first go to bilateral consultations, followed by a review by a panel appointed by the Dispute Settlement Body and a review the Appellate Body if a party wishes to appeal. The panel and appellate reports are then decided by the Dispute Settlement Body whose rulings are final and binding.

Nevertheless, Trump has complained bitterly about the Appellate Body, saying that “we have fewer judges than other countries. It’s set up. You can’t win.” The United States argues that the Appellate Body often exceeds its mandate by reinterpreting rules without the agreement of member states. Consequently, until the Appellate Body is changed to its liking, the United States refuses to approve new appellate members. Currently there are only three serving members, one of whom is an American. When he and the Indian member reach the end of their terms in December this year, the Appellate Body will cease functioning with only one member (Chinese) left. The United States has also indicated that it will not recognize any ruling unfavorable to itself.

The US concern about the power of the Appellate Body has led it to reject an EU proposal to reform the Appellate Body by strengthening its mandate, increasing its strength from seven to nine members, and giving it more resources. Ironically, the United States is still bringing cases to the WTO to refute the rights of other countries to retaliate against its unilateral tariffs.

The post-war rules-based global trading system anchored by the WTO is slowly morphing into a series of bilateral and reciprocal trading arrangements — billed as “fair trade” as opposed to free trade, while the United States increasingly insists on its right to take unilateral actions in managing its trading relationships. The pertinent question then is not about reforming the WTO, but whether such an organization is still relevant if countries persist in pursuing “fair, reciprocal, and managed” trade at a time when the United States, the world’s leading economic power, is preaching and practicing unilateralism.

Image: The name place sign of United States is pictured on the country's desk before the General Council meeting at the World Trade Organization (WTO) in Geneva, Switzerland, July 26, 2018. (REUTERS/Denis Balibouse)