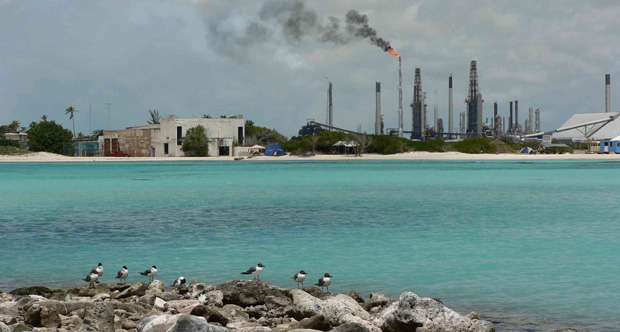 The Caribbean Energy Security Summit (CESS) on January 26 marked the second milestone in US-Caribbean relations in less than a year. The first was the launch by the White House of the Caribbean Energy Security Initiative (CESI), which comprised an unprecedented US commitment to Caribbean energy security, on June 19, 2014, during Vice President Biden’s trip to the Dominican Republic. Leveraging last week’s summit as a mechanism to develop policies to realize the goals CESI envisions further demonstrates a sustained effort by the White House to bolster US commitments to the region for interrelated national security, economic, and climate reasons.

The Vice President made clear in his public remarks at CESS that the summit’s paramount intent was to help Caribbean countries create the requisite conditions to attract clean energy investment, in turn diversifying their sources of energy supply over the longer-term. Consequently, CESS laid the groundwork to enable countries to build the fiscal and legal frameworks that will be necessary for the Caribbean’s widespread adoption of renewable energy and energy efficient technologies. While the administration’s intentions are laudable, a third milestone will be needed — and fast — to help the region address the three elephants barely mentioned in that ever-so-diplomatic room on January 26:  the continuing erosion of the Venezuelan economy and its credit support for so many of the regions’ key energy consumers; the serious barriers to entry of private capital to power generation in so many Caribbean economies; and the need to formulate a serious response to the Caribbean Community’s (CARICOM) request for more rapid access to volumes of US LNG and CNG that are very modest relative to total US production, but could prove indispensable to Caribbean energy security to help transition the region away from its dependence on expensive, high-carbon Venezuelan diesel and fuel oil. Fortunately, the raft of energy related summits this year, coupled with the Vice President’s unprecedented leadership, provide time and opportunity for Caribbean states, the US, and international financial institutions to fill these gaps.

A Roadmap for the Future

The CESS took critical steps to ensure new US efforts, as described by the White House, to help in “Fostering a Cleaner and More Sustainable Energy Future in the Caribbean” (emphasis supplied). Programs by the US Agency for International Development (USAID), the Department of Energy, and the ever-nimble US Trade and Development Agency will help countries “establish the preconditions” for clean energy investment. The World Bank presented a proposal to create a new platform, the Caribbean Energy Investment Network, to improve donor coordination. The US Overseas Private Investment Corporation (OPIC) will field a deal team to assist in arranging financing for new clean energy projects, and help countries develop the legal and fiscal frameworks that will support investment. The CARICOM nations themselves are setting a target of 20 percent renewable energy by 2017 and, according to private utilities, some countries can easily reach 30 percent by that date. These programs are inherently long-term — changing laws and regulations takes time — and address the region’s future.

No Roadmap for the Present

The three elephants in the room cannot be ignored.

The first is the loss of Venezuela’s credit support through Petrocaribe. On average, Caribbean electricity prices remain around three times higher than those in the US. According to an Inter-American Development Bank feasibility study released in October 2014, expensive, high-carbon fuel oil and diesel account for 90-100 percent of electricity generation on many islands. Much of this feedstock is sold at market prices on credit from Venezuela, and a large share of the costs is rolled over into long-term debt. Although this provides support to the short-term public finances of many countries, Venezuela’s exports are in real terms far more costly than natural gas even at today’s low prices. Venezuela’s economic implosion and efforts to dump Caribbean debt at a discount rate to private financial institutions that may more stridently insist on repayment than Caracas has in the past signals the end of easy credit subsidies and potential fiscal shock to the region. There needs to be a safety net if this shock comes to pass.

The second elephant is the high level of resistance to private capital and regulatory reform by many countries. Some vertically integrated, nationally owned utilities resist competition from lower cost fuels, distributed energy, or renewable sources which threaten to strand their old, high-cost infrastructure and saddle them with supporting the obligation to provide universal service to an often subsidized rate base. The Obama  administration needs some focused bilateral economic diplomacy — or a US Department of Commerce ombudsman — to help overcome these barriers to entry.

The third elephant is the need to find a way to fast track the relatively small volumes of natural gas the region has requested to kick-start the transformation of baseload power.  Private companies that are ready to ship containerized small-scale LNG and CNG are waiting for export approval of their volumes, which amount to a virtual rounding error when weighed against total US production. In the interim, Caribbean generators are stuck with fuel oil and diesel.

A Breakthrough on Natural Gas

The CESS was notable for its recognition of the role of natural gas as a bridging and baseload fuel for the region, a change from the June 2014 CESI, which did not mention natural gas. Bahamian Prime Minister and CARICOM Chair Perry Christie ended his speech calling for just two steps: allowing middle-income nations, like most Caribbean nations, to acquire concessional finance and faster access to US natural gas. Biden noted in his own address that:

“We have technologies in natural gas that are moving forward.  And we shouldn’t expect this to be a panacea for everyone, but it’s also true there are more options at your disposal now for natural gas delivery than there have ever been -— from small-scale barge trades of LNG, to floating import terminals. And they’re not just — these aren’t just designs on paper.  They exist. They operate.”

But the Vice President may have overestimated the ability of current exporters to supply countries at the size and scale of the Caribbean. He added that:

“There’s also LNG exporters in the United States with licenses to export to any of your countries, whether you have a free trade agreement or not.  If you want gas, go talk to them.”

The reality is that major US LNG export projects are already fully subscribed, which is typically a necessary condition for them to get requisite financing, meaning they will not have available gas to market to the Caribbean for several years, if at all. Other global LNG exporters would find it uneconomical to move small supplies to the Caribbean from far away locales such as Algeria. But small-scale US companies can move LNG or CNG by ship quickly and at low cost. AES Corporation is planning on making its LNG import terminal in the Dominican Republic bidirectional to make it easier for transport companies to move small volumes of gas from that terminal to smaller buyers elsewhere in the region. However, the US Natural Gas Act requires these small exporters to secure approval from the Department of Energy to export gas to Caribbean countries that do not have free trade agreements (FTAs) with the United States. This provision essentially applies to the entire region as the Dominican Republic is the only Caribbean country that has an FTA with the US. The uncertainty over whether even small volumes of gas can be exported deprives the region of the market signal that would help unlock financing to facilitate the conversion of some oil-based generators to gas, and create the kind of small-scale LNG and CNG shipment that is commonplace in Europe and crucial to the energy security of smaller countries.

The Obama administration must continue to work with and encourage Caribbean states to reach or even exceed their goal of renewables comprising 20-30 percent of their respective energy mixes by 2017. However, the present day reality remains that these states will have to secure as much as 70-80 percent of their energy needs from another source — and better that source be natural gas, which renders much less negative environmental impacts than fuel oil, diesel, wood, or charcoal.

A road map for the present would have three elements.

First, a plan from the International Monetary Fund, encouraged by the US, to have contingencies in place to replace Venezuelan credit for fuel oil or diesel if the Venezuela program goes offline this year.

Second, clarity that this credit support will be provided in exchange for Caribbean commitments to reform their fiscal and regulatory structures to allow for penetration of additional energy investment, including, but not limited to, natural gas.

Third, a process for expediting approval of small-scale LNG exports to the Caribbean, either by declaring export to the entire region (with the exception of Cuba, for now) to be in the national interest, or creating a separate (but fast) track for projects that have minimal volumes (and which do not need or have already acquired their environmental approvals). This latter track could be achieved through a policy statement establishing that small volume export applications that have obtained clearance under the National Environmental Policy Act (NEPA) will receive prompt consideration from the Department of Energy and would appear to be in the public interest, or a more formal (albeit more administratively challenging) de minimis exception could avoid the problem of favoring one region over another. Congressional consideration of LNG export processes could take account of this issue in the weeks ahead.

The clouds of fiscal disruption are forming over Venezuela’s Caribbean waters. The Obama administration should be pro-Caribbean not anti-Venezuela, but it also cannot ignore the reality unfolding there. There is an opportunity for significant short-term emissions reductions from switching baseload energy to gas from oil. None of this delays or harms establishing the preconditions for renewable energy in the Caribbean. The CESI has taken two crucial steps to providing long-term Caribbean energy security so far. The time is now ripe to complete the puzzle and account for the present by taking one more.

David Goldwyn is Chairman of the Atlantic Council’s Energy Advisory Group and former Special Envoy and Coordinator for International Affairs at the US Department of State.