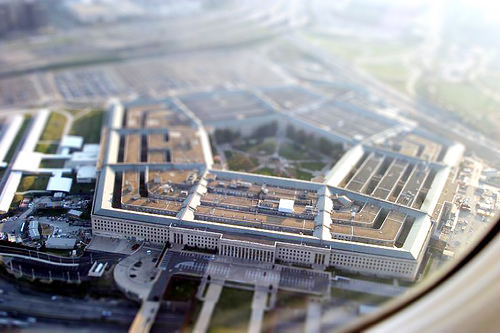 To most observers, irrespective of “sequestration” that would remove an additional $500 billion from defense spending over the next decade, the most dangerous of ticking time bombs at the Pentagon is budgetary.

The impact of any financial contraction will be magnified by the swelling retirement and medical accounts that gobble up huge proportions of the budget.

And transitioning a force at war for more than a decade to other duties can become excruciatingly difficult in the face of cuts, especially draconian ones.

If the U.S. military’s vital signs were examined microscopically or subject to the equivalent of a CAT scan, however, three less visible and perhaps more dangerous time bombs would be detected.

Second is the continuing failure to understand the culture of regions where the United States is engaged.

And third are ethical, moral and legal dilemmas concerning personal conduct and, separately, the effects of war on the U.S. military from private to general from drone attacks to kill “enemy combatants” and capture or kill missions for the same purpose.

“Cost exchange” ratios measure input versus output. Simply put: What does it cost the United States to achieve its missions as opposed to what our adversaries spend?

The United States has spent in excess of $50 billion to counter enemy improvised explosive devices. That expenditure bought everything from expensive armored vehicles to sophisticated IED detection systems. Clearly, when the costs of long-term healthcare for the thousands of wounded service personnel are included, that figure will grow.

Iraqi insurgents and Afghan Taliban collectively have spent pennies in comparison in fielding IEDs that have so hurt U.S. forces probably amounting to a few million dollars. Thus, the cost exchange ratio favors the enemy by 5,000- or 10,000-to-1.

Similarly, it costs about half a million dollars to deploy a soldier or a Marine. The cost of a Taliban or al-Qaida fighter is next to nothing.

And, as a further example of the cost exchange imbalances, the United States continues to ship bottled water to its forces in Afghanistan at about $800 a gallon, roughly the cost of a tin of caviar. Obviously, on this path, the United States is spending its way to oblivion.

Second, American cultural understanding of regions where we fight remains flawed. In some ways, the military has made significant effort for improving this appreciation and spends vast amounts of money on educating it personnel.

Unfortunately, dating back to Vietnam, the civilian leadership hasn’t made this adjustment. And, unfortunately, despite lip service, the military education system has never fully embraced the need for this cultural understanding.

Last are ethical, moral and legal time bombs. The recent spate of sexual misconduct from U.S. Air Force enlisted training to flag officer dalliances forms one part of this issue.

Human nature in the age of Facebook, Twitter and the like, in which little remains secret, is further challenged by a whistle-blower mentality in which anonymous tips about possible misconduct almost automatically lead to serious inspector general investigations without the suspect knowing his or her accuser.

As a result, as many as 200 flag and general officer investigations are reportedly under way. And, if another incident of flag officer misconduct becomes public, it isn’t inconceivable that all senior officers needing Senate confirmation by the Armed Service Committee could be asked: “General, have you ever…?”

War ultimately involves killing and destroying the enemy. The enemy throughout most of history had armies, navies and later air forces. But when the enemy consists of irregular forces whose identities aren’t easily differentiated from non-combatants, killing is harder to justify.

That the U.S. Army and U.S. Marine Corps have been forced by operational necessity to focus largely on “capture-and-kill missions” and not defeating enemy armies and navies can raise profound questions over moral and legal justifications. Drone warfare, without real due process, complicates the ethical, moral and legal dilemmas.

The first two time bombs can be easily defused. If a brains-based approach is used to the cost exchange ratio imbalance and think the way clear of danger, different tactics would have been considered that weren’t centered on constant patrols where armored vehicles offered tempting targets and on greater use of unmanned reconnaissance. And it is high time to revolutionize the system of military education as this column has repeatedly recommended.

The moral, ethical and legal dilemmas are more vexing. The ease and antiseptic nature of drone warfare are appealing. Human nature and behavior aren’t easily altered. Yet, inroads must be made and perhaps altering whistle-blower rules that protect anonymity is a first step.