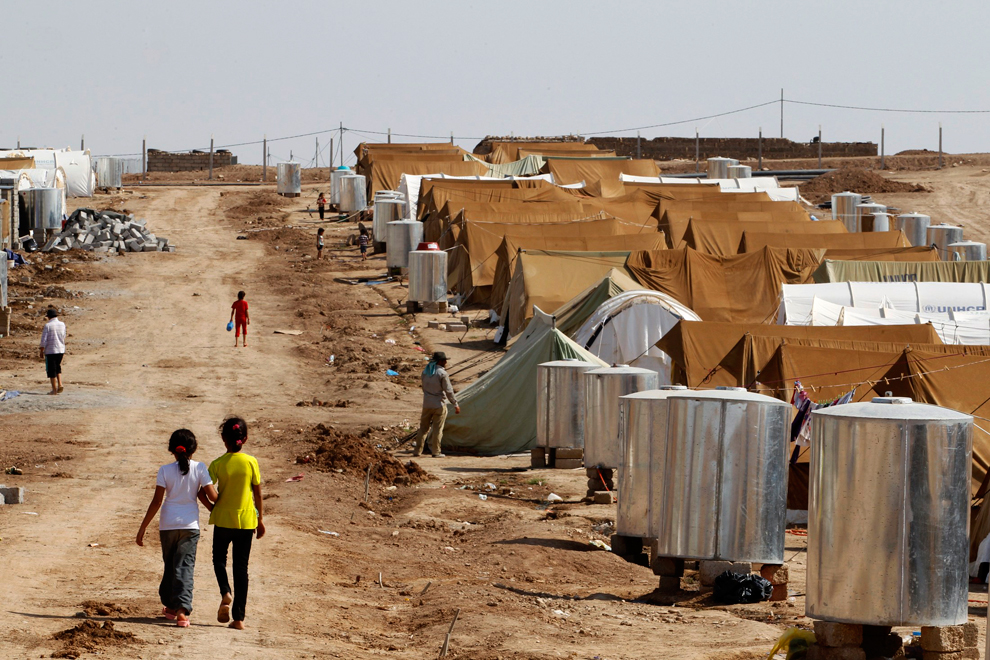 The Syrian regime is struggling to contain yet another manifestation of the Arab Spring with brutality and inhumanity unparalleled since the freedom phenomenon began in Tunisia last April. The international media has documented the slaughter of thousands of rebels and protected civilians, waging war indiscriminately and through inhumane and unlawful means against internal populations whose crime against the regime is a desire for freedom from authoritarianism.

Tens of thousands of refugees and displaced persons have streamed across the borders into Turkey, Lebanon, and Jordan, and humanitarian catastrophe lurks, with a threat to victimize tens of thousands and spill across Syria’s borders regionally. America’s NATO ally Turkey has, of course, shouldered the brunt of the load because it represents a safe haven with the most regional capacity to absorb the huddled masses escaping the fire of war.

America, of course, will not occasion the possibility of armed intervention at this stage of the presidential and congressional election cycle. Moreover, even after November, the U.N. Security Council assuredly will not authorize action in Syria after the Libyan debacle. The Russians believe they were duped into authorizing intervention into Libya, and subscribe to the “Fool me once…” school of international affairs. Absent an American or NATO embracing of the controversial Responsibility to Protect doctrine to authorize an armed intervention in Syria, the alliance’s hands are tied at present.

Even so, inaction is not justified in light of the suffering. The current state of western unpopularity in the Arab world, manifesting itself in worldwide protests, is not likely to improve if America and her allies are seen to stand idly by and do nothing as Arab innocents die in the streets of Aleppo, even if their deaths are at the hands of other Arabs. So what can the alliance do? Find a middle way.

One possible first step toward NATO taking decisive action in this crisis is to ask Turkey for permission to set up a command and control structure in Turkey aboard an American or Turkish airbase. The task force’s initial mission set should extend to intelligence, reconnaissance, and surveillance of the conflict in Syria, and humanitarian assistance/disaster relief. Bringing NATO resources to bear by constructing and maintaining refugee camps in Turkey and protecting the refugees for the duration of the Syrian conflict will be seen as a signal of the alliance’s resolve and usefulness, and will refocus the world’s attention on the atrocities in Syria, heightening pressure on Assad to resolve the conflict and seek reconciliation, or to resign in disgrace.

Second, providing humanitarian relief will speak volumes to the Arab world about Western values of compassion and our collective obligation to humanity. Moreover, standing up NATO capabilities at Turkey’s request would reinforce NATO’s resolve to act collectively and to support a member state that doubtless would be receptive to the alliance’s help.

Finally, having a command and control structure in place would be useful if conditions in Syria evolve to the point that armed intervention to stop the slaughter becomes viable and unavoidable. Eventually, Russia may feel the pressure to abstain from a Security Council vote authorizing intervention, rather than risk cementing its reputation as an obstructionist state to the international order or appearing impotent and irrelevant. Even absent an explicit Security Council authorization, Western allies may, in fact, embrace the moral obligation to intervene summarized by the Responsibility to Protect doctrine.

Armed intervention in Syria is not unavoidable, but inaction by NATO should be. There are many competencies the alliance can operationalize to mitigate human suffering in the region which could provide a foothold capability as mission sets evolve. Finally, NATO’s action to mitigate Arab suffering in Syria could help tamp down the fury against the West and send productive communicative ripples through the Arab world. As many commentators have observed, NATO’s future relies on its ability to actually accomplish missions that add value to the sum total of international security. Skeptical voters in cash-strapped Western democracies rightly should require return on their investment. If the alliance neglects to act in circumstances where turning a blind eye constitutes organizational failure, eventually it may fail to exist.

Butch Bracknell is a Marine lieutenant colonel on active duty and former international security fellow at the Atlantic Council of the United States. The opinions expressed herein are personal to the author and do not represent the position of the United States government. This piece originally ran on Foreign Policy’s The Best Defense blog by Thomas E. Ricks.