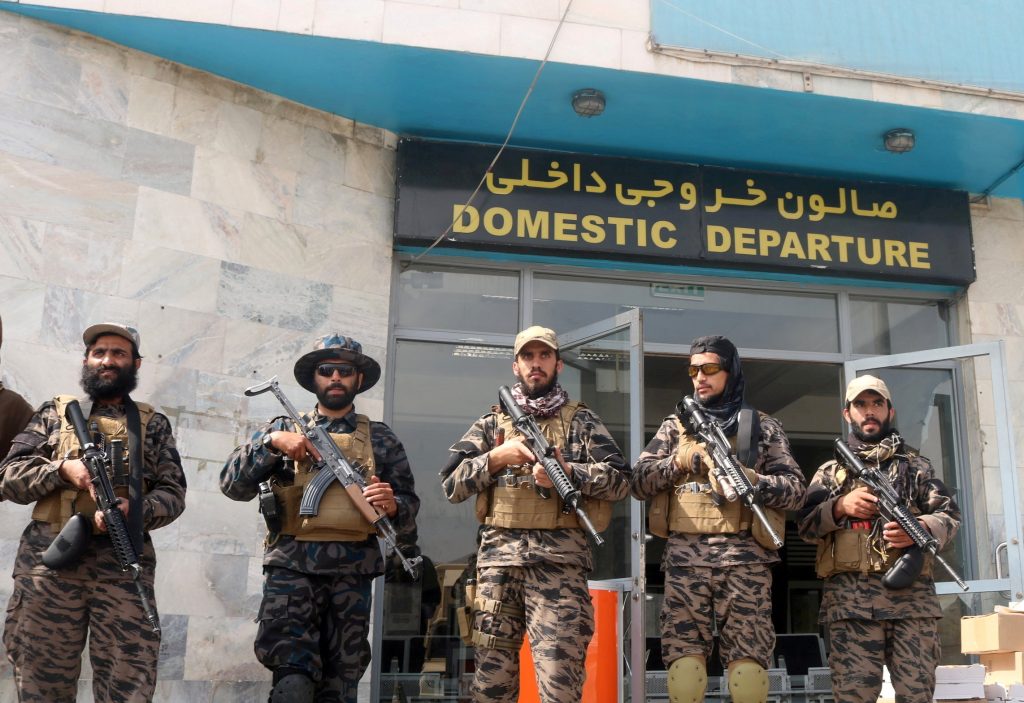 When Italy’s ambassador to the Democratic Republic of the Congo (DRC) was slain while traveling in a United Nations convoy earlier this year, it was the latest demonstration of a worsening security situation in the country’s eastern regions.

Despite the presence of a UN peacekeeping mission since 1999 and billions of dollars in aid—with the United States contributing more than nine hundred million dollars in humanitarian assistance in the past two years alone—today the eastern Congo is reportedly home to more than 120 rebel groups. Those include numerous foreign-backed militias and a local offshoot of the Islamic State.

They control roadways and access to resources, and they often engage in kidnapping schemes to generate ransom revenue. Securing their buy-in to any peace processes is key to ensuring lasting stability.

In fact, the majority of the world’s conflicts feature armed non-state actors (ANSAs), with some sixty-six million people living on territory under their control. The Taliban’s recent takeover in Afghanistan is a fresh reminder of the power of these groups. But traditional attempts at post-conflict stabilization have sometimes failed to produce lasting peace—in large part because of their inability to engage ANSAs in a constructive manner within the peace-building process.

That’s why Congress in 2019 created the Global Fragility Act (GFA), which lays out an array of tools with which to stabilize post-conflict situations. These range from sanctions and intelligence collection to the Women, Peace, and Security initiative and the National Strategy for Counterterrorism.

But the GFA features a major shortcoming: It assumes the state is the primary actor, meaning that the United States will continue to work with sometimes ineffective national governments while ignoring the influence and power ANSAs have in determining stability.

To maximize the impact of the GFA, the US government will select five countries on which to focus its attention. As it considers those countries, it needs to properly accommodate ANSAs in its strategic calculations. Failing to do so means potentially repeating the mistakes of Afghanistan, where Washington continued supporting an ineffective national government.

Mapping the next threat

There is no universal definition of an ANSA; it can be characterized as an organization that is not integrated into formalized institutions, operates with some sort of political autonomy, or is willing to use violence to pursue its political objectives. Either way, ANSAs are involved in the majority of the one hundred active armed conflicts around the world—including Afghanistan, where the Taliban is now in charge, and Syria, where a multitude of armed groups control various pieces of territory.

Similar dynamics have existed in parts of northeastern Nigeria, where Boko Haram has effectively functioned as the government by levying taxes on the populations under its control or providing some semblance of a justice system to settle disputes. While it no longer controls the amount of territory it did in the early 2010s, the group remains a disruptive and destabilizing force. Now, as the much-criticized US strategy in the Sahel has seen limited success and the Nigerian state appears increasingly weak, the potential for increased conflict there is high.

At the onset of the COVID-19 pandemic, for example, ANSAs around the world imposed travel restrictions and implemented health checks in the regions they control. This serves to portray them as legitimate in the eyes of local citizens, which in turn provides them greater political weight and influence over the structure of power-sharing agreements. ANSAs can also be potential spoilers by intentionally undermining the peace process if they believe it threatens their power.

The GFS calls for humanitarian, development, and security assistance to be provided as a tool to address state fragility, with a focus on working with the local government and civil society. But in regions where ANSAs perform governance functions, providing foreign aid sometimes directly clashes with American counterterrorism priorities.

In Nigeria, for instance, USAID efforts were hampered by rules limiting engagement with people who had a previous affiliation with Boko Haram. But the definition of “affiliation” is broad and does not specify whether family members of militants are also excluded from aid—putting the onus on aid workers to investigate any potential linkages. That, in turn, stalls the rollout of humanitarian assistance.

The Boko Haram rule is well-intentioned, as terrorist organizations should indeed be cut off from American aid, but the provision of foreign assistance is a key component in any effective stabilization operation. The United States is currently facing that very dilemma in a newly Taliban-controlled Afghanistan. Washington has not announced whether it plans to officially recognize the Taliban, which is still under numerous sanctions, further complicating assistance plans.

But as in Nigeria, delivering aid is central to creating stability. That’s why the State Department and all other implementing agencies will need to find ways to ensure aid is sent to these conflict areas, and that it actually reaches vulnerable populations, without undermining its counterterrorism goals. This could include clarifying what an acceptable affiliation is, or by providing assistance in contested zones through NGOs or other third parties, such as the UN—therefore not undermining US counterterrorism goals.

Like foreign assistance, commercial trade is another crucial factor in securing sustainable peace—at least when the state maintains control of its territory. The GFA recognizes this, which is why trade, investment, and commercial diplomacy is seen as another tool to ensure stability by investing in low-income states and building a robust free market.

But when ANSAs are involved, they can limit this free market and thwart the stabilizing potential of these economic relationships.

For example, these groups often exploit natural resources for economic gain, own valuable land, or nurture ties to corrupt officials. They are rent-seekers aiming to maximize their economic profit. This is why stabilization efforts should provide incentives for them to engage in the peace-building process—ideally transforming their informal and illegal economic structures into legitimate economic activities.

Consider the Philippines: A peace agreement between the government and the Moro Islamic Liberation Front in 2014 created the Bangasmoro, an autonomous political body for the majority Muslim areas in Mindanao. Despite the otherwise successful terms of the peace agreement, which created a power-sharing mechanism, fragile state institutions and corrupt officials meant a deep-seated informal economy took root, compromising the state’s capacity to ensure stability.

Any tools relating to trade, investment, and commercial diplomacy must fully integrate ANSAs into the free market, preventing their rent-seeking activities while simultaneously squeezing out informal economies. To this end, the United States should develop poverty-reduction and anti-corruption programs that reduce incentives for joining the informal economy. Other actions could include legitimizing illicit sources of income, such as offering incentives for growing legal crops instead of narcotics.

The GFA provides a chance to redefine and reimagine post-conflict stabilization operations. But its tools must better consider the presence of ANSAs to ensure the best chance at success. In its current form, the GFA ignores vital actors in the stabilization process and has not learned from prior operations that failed to integrate and plan for ANSAs, such as in Afghanistan or the Sahel.

Given the evolving nature of today’s conflicts, a strong ANSA strategy could mean the difference between lasting peace and metastasizing violence.

Imran Bayoumi is a student at the University of Toronto’s Munk School of Global Affairs & Public Policy and a former young global professional at the Atlantic Council.

The best defense: Why NATO should invest in resilience

Policies emphasizing resilience should minimize damage, restore stability quickly, and generate improved strategies. To this end, there are several steps NATO can take to build a preventive, resilience-based approach to emerging global challenges.

NATO leaders are finally focusing on human security, a major step toward a broader vision of crisis management.