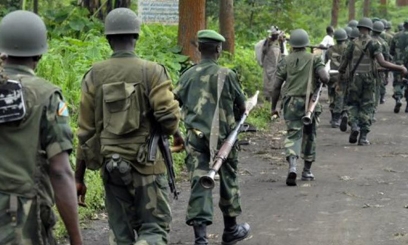 The Democratic Republic of Congo, which erupted in violence again earlier this month, ought to be one of the richest countries in the world.

Its immense mineral reserves are currently valued by some estimates at more than $24 trillion and include 30 percent of the world’s diamond reserves; vast amounts of cobalt, copper and gold; and 70 percent of the world’s coltan, which is used in electronic devices. Yet the most recent edition of the United Nations Development Program’s Human Development Index ranked Congo last among the 187 countries and territories included in the survey.

Instead of prosperity, Congo’s mineral wealth has brought only an endless procession of unscrupulous rulers eager to exploit its riches, from King Leopold II of Belgium to Mobutu Sese Seko, who was allowed by the logic of the cold war to rule the same area as a private fief. And last year, the current president, Joseph Kabila, who inherited the job from his assassinated father more than a decade ago, awarded himself another five-year term in elections that were criticized by everyone from the European Union to the country’s Roman Catholic bishops.

If some enterprises, public or private, can be said to be “too big to fail,” Congo is the reverse: it is too big to succeed. It is an artificial entity whose constituent parts share the misfortune of having been seized by the explorer Henry Morton Stanley in the name of a rapacious 19th-century Belgian monarch. From the moment Congo was given independence in 1960, it was being torn apart by centrifugal forces, beginning with separatism in the mineral-rich southern province of Katanga.

The international community has repeatedly dodged this reality by opting for so-called peace deals with shelf lives barely longer than the news cycle. Rather than nation-building, what is needed to end Congo’s violence is the opposite: breaking up a chronically failed state into smaller organic units whose members share broad agreement or at least have common interests in personal and community security.

In recent weeks, a rebel group calling itself the March 23 Movement, or M23, has stormed through eastern Congo, scattering poorly trained units loyal to the government and reducing a huge United Nations peacekeeping force to a helpless bystander as M23 seized control of Goma, the capital of the resource-rich North Kivu province. The rebel advance rekindled fears of a renewal of the bloody 1998-2003 Second Congo War, which drew the armies of a host of African countries as well as countless local militias into what was aptly dubbed “Africa’s world war.”

The M23 rebels appear indistinguishable from the several dozen other armed groups lurking in or around Congo, but in many respects they are quite different. Many M23 members are veterans of an earlier insurgent group, the National Congress for the Defense of the People, known by the French acronym C.N.D.P., which consisted largely of ethnic Tutsi Congolese who had banded together to fight the former Hutu génocidaires who fled to Congo following the end of their killing spree in Rwanda in 1994.

In a peace deal that was reached nearly four years ago, the Kabila government promised to facilitate the return of more than 50,000 Congolese Tutsi refugees, to integrate C.N.D.P. fighters into the national army, and to share power with the group’s leaders. Mr. Kabila’s failure to honor these commitments led to the current M23 revolt.

A United Nations report has accused the Rwandan government of supporting M23. Although Rwanda has denied it, this may well be true, and it is perfectly understandable given that the M23 rebels are fighting former Hutu génocidaires who still dream of invading Rwanda and finishing what they started nearly two decades ago.

Others have dismissed the M23 leaders as “warlords.” But warlords, even if they do not acquire power through democratic means, tend to provide some sort of political framework, often based on kinship ties or ethnic solidarity, that is seen as legitimate. They also tend to provide some basic security — which is more than the questionably legitimate Kabila government in Kinshasa provides for most Congolese.

Whatever else Congo’s various armed groups may be, they are clearly viewed by large segments of some communities as de facto protectors — a point underscored by the several hundred government soldiers and police officers who recently defected to M23 and publicly swore allegiance to it after the fall of Goma.

If Congo were permitted to break up into smaller entities, the international community could devote its increasingly scarce resources to humanitarian relief and development, rather than trying, as the United Nations Security Council has pledged, to preserve the “sovereignty, independence, unity, and territorial integrity” of a fictional state that is of value only to the political elites who have clawed their way to the top in order to plunder Congo’s resources and fund the patronage networks that ensure that they will remain in power.

Despite its democratic misnomer, Mr. Kabila has repeatedly delayed holding local elections since 2005. For years, every last mayor, burgomeister and neighborhood chief in the entire country has been appointed by presidential decree.

Given the dysfunctional status quo and the terrible toll it has exacted in terms of lives and resources, the West should put aside ideological dogmatism in favor of statesmanlike pragmatism and acknowledge the reality that, at least in some extreme cases, the best way to break a cycle of violence is to break up an artificial country in crisis and give it back to its very real people.

J. Peter Pham is director of the Ansari Africa Center at the Atlantic Council.