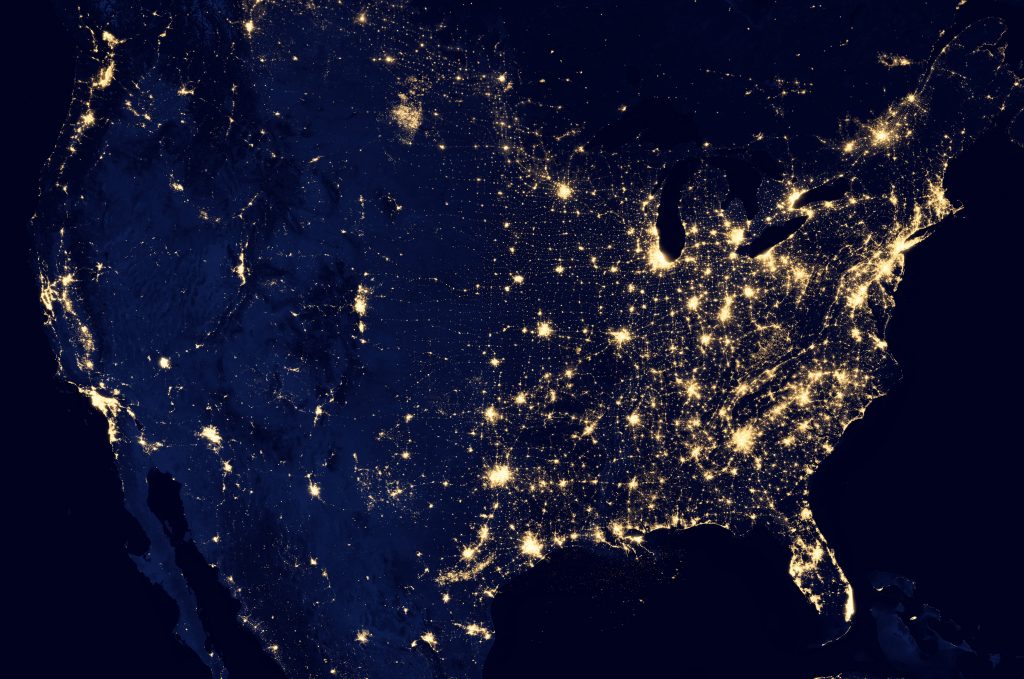 At the 2015 Atlantic Council Energy and Economic Summit in Istanbul, twenty-one Ministers and senior officials from Europe, Asia, North America, and the Middle East met to assess the changing geopolitics of energy security. The assembly was a reminder that energy security — the ability of a nation to secure affordable, reliable, and sustainable supplies to maintain national power — is very different for each nation.

It was clear that advances in technology — in oil and gas, and renewables — have changed the geopolitics of energy dramatically, and mostly for the better, from the world of 2008 or even 2011. We have moved from an era of resource scarcity to abundance, from a concentration of resources to ubiquity of access, and from monopoly power in oil and gas to gas on gas competition in Europe. There is now a clear de-linkage of oil and gas pricing, more hub pricing and a growing spot market in LNG. Floating LNG and containerized shipping are enabling lower cost and quicker access of nations to gas, helping them move away from coal.  US shale, with huge resources, low extraction costs, and rapid drilling times may help put a ceiling on the price of oil.  Changes in wind, solar, and energy efficiency technology have driven down the cost of renewables in many countries, making them cost competitive with coal or gas in many cases.

Yet the Ministers assembled still faced serious energy security demands. These include longstanding challenges such as curbing Russia’s monopoly power over Eastern Europe and managing the risk of internal unrest in the Middle East and North Africa (MENA) region. Equally important are the emerging imperatives of understanding and mitigating cyber threats to electric power systems and addressing new non-state actor threats to infrastructure and production.

Just days before the United Nations Conference on Climate Change (COP21) was scheduled to convene in Paris, Ministers also highlighted the importance of devising strategies for countries to implement their respective Intended Nationally Determined Contributions (INDCs) while maintaining security of supply and economic growth.  Ministers also noted the paramount need to devise sustainable ways to deliver electricity to the 1.2 billion people who lack it today (largely in South Asia and sub-Saharan Africa) and providing it to the two billion additional people the Earth will host by 2040.

The good news is that the solutions to these challenges for the most part require policy courage, not a moon shot breakthrough in technology. In addition, progress will largely be derived from effective collaboration rather than the largesse of a single actor. As the world seeks to address these challenges in the coming years and decades, stakeholders must take decisive, pragmatic action to forge solutions that reflect current energy security risks.

Ironically, the three greatest threats of modern energy security are complacency, uncertainty, and ideology. Low energy prices risk a misplaced complacency that the threatsto energy supply are gone, although our defenses against threat of extreme weather and cyber attacks are weak and the risks of a supply disruption in the MENA region are high, rising, and not likely to be mitigated any time soon. As non-OPEC investment declines and demand recovers, we are sowing the seeds of the next oil boom, and doing so with greater reliance on the very region that faces unprecedented instability.

The second major risk to energy security we face is uncertainty: uncertainty about how to balance carbon reduction and economic growth, about the valuation of backup or redundant power, about the future share of gas in the energy mix, and about how to provide for security of supply while we work to reduce greenhouse gas (GHG) emissions and increase the global share of renewable energy. Uncertainty leads to policy paralysis and the resulting lack of market signals to inform the next phases of energy sector investment.

The third, and perhaps the greatest risk to global energy security is ideology.

In the West we face formidable challenges in stabilizing global emissions, financing adaptation, and investing in distributed generation and smart-grid technologies and interconnections in a world of weak economic growth and tight budgets.

But in South Asia and sub-Saharan Africa, the greatest challenge is access to electricity, at scale and at affordable prices.

For nations in these regions, particularly those not blessed with a baseload of hydropower or natural resources and burdened with large populations and growing demand, the task of policymakers is to be supportive of helping them move down the carbon chain as they move up the demand curve.

They cannot make the leap from coal and kerosene or biomass to renewables in a single bound. They will need access to other fuels, and even ways to burn coal more efficiently — because the lowest cost option will be to burn it inefficiently.

These nations can help themselves the most by getting prices and frameworks right, so they are attractive places to invest.

So if both developed and developing countries can demonstrate leadership in Paris and beyond by dropping the “either or” polarization of renewables versus hydrocarbons, focusing on GHG reduction rather than renewables alone, and prioritizing learning how to value security in the form of redundancy or resilience and factor it into the price of electricity, we will make great strides to improving energy security.

As an expert witness to the ministerial I offered ten steps to energy security:

1.     Countries should collaborate on the valuation of energy security, in the form of strategic stocks, redundant infrastructure, and backup power, so that utilities can be compensated for investing in them.

2.     European Union member states should complete the European gas market by enforcing competition rules, picking three or four strategic projects of common interest, and expanding interconnections to diversify flows beyond their current predominant patterns of East to West and North to South. The top three projects should comprise dramatically increasing pipeline capacity between Spain and France through projects including but not limited to the proposed 8 bcm/day Midcat Interconnector in the eastern Pyrenees so that underutilized Spanish LNG terminals can move gas across the continent. The second should be accelerating the Krk Island LNG terminal in Croatia. Finally, existing and planned infrastructure should be leveraged to develop interconnectors throughout Eastern Europe to ensure that regional states can trade natural gas among themselves, rather than solely offtaking it from a dominant supplier.

3.     All nations should support more competitive oil and gas markets, for the sake of reduced volatility and greater resilience, by supporting unrestricted trade in hydrocarbons.

4.     Organization for Economic Co-operation and Development (OECD) nations and international financial institutions should prioritize helping key growth nations devise ways to get prices right and only subsidize the poor.

5.     International Energy Agency (IEA) members countries should expand the organization’s mandate (and budget) to include gas security, to help advise non-IEA nations on competitive frameworks, and to bring non-IEA consumers into the collective emergency response mechanism.

6.     IEA member states and other major energy consuming countries should collect and share energy consumption and production data on a timely basis (especially in Europe) on stocks of oil, gas, and coal to enable a better collective response to intentional and unintentional disruptions of supply or power.

7.     IEA member states and other major energy consuming countries should use the low oil price cycle to bolster, not weaken, strategic stocks.

8.     Nations should coordinate, through the IEA or G20, on ways to protect critical infrastructure from cyber attacks.

9.     The IEA or perhaps another institution should create a capacity building clearinghouse so nations can volunteer or second civil servants to help nations implement their INDCs and also access best practices for indigenous energy development.

10.  All nations and policy actors should support pragmatism over ideology.

The energy security challenges our Ministers face are not simple, but they can all be addressed through smart policies and innovative collaboration — backed by some political courage. Our leaders need to be wary of complacency, unhindered by uncertainty, and less wed to ideology.  The OECD nations, particularly the United States, must practice what we preach to others when it comes to trade and market integration in energy. We should also be willing to provide help and bolster institutions like the IEA to help developing and energy insecure nations create investible frameworks. Those nations in need of help must muster the strength to listen to the advice they are offered and act on it in the face of entrenched interests. With that in mind, these ten steps to energy security may move all our nations to a more secure and sustainable future.

David L. Goldwyn is the Chairman of the Advisory Group in the Atlantic Council’s Global Energy Center.

Image: This image of the United States at night is a composite assembled from data acquired by the Suomi NPP satellite in April and October 2012. The image was made possible by the new satellite’s “day-night band” of the Visible Infrared Imaging Radiometer Suite (VIIRS), which detects light in a range of wavelengths from green to near-infrared and uses filtering techniques to observe dim signals such as city lights, gas flares, auroras, wildfires, and reflected moonlight. (Photo courtesy of NASA)