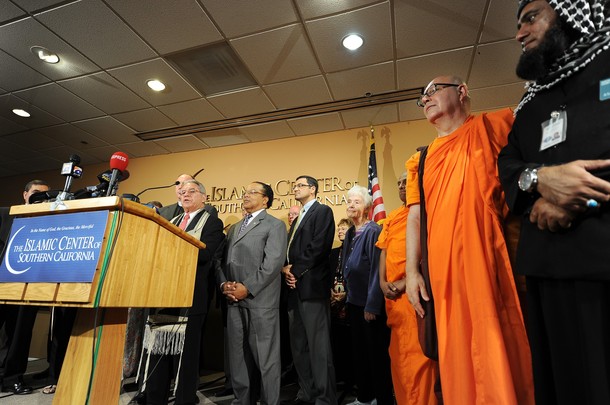 What an irony! Last week, the celebrations of Eid al-Fitr marking the end of the Muslim holy month of Ramadan; Rosh Hashanah, the Jewish New Year; and the anniversary of Sept. 11, 2001, attacks fell on consecutive days — an extraordinary proximate coincidence given how far apart Islam and Judeo-Christianity remain whether over threats to burn Korans or in the Middle East and in Afghanistan in the battle to disrupt, defeat and destroy al-Qaida.

Of course, one can rightly ask “what is different today” about religious conflicts that date back millennia and include the impact of Mohammed and the subsequent crusades to win back Jerusalem as well as converts to Jesus Christ. The answer is plenty.

First, governance is failing almost universally and is perhaps the single greatest challenge that nations face from Afghanistan to Zimbabwe with Pakistan in between. One reason is that greater numbers of seemingly intractable issues confront and confound governments that in turn are increasingly less able to resolve them. America’s financial, fiscal, economic, immigration and healthcare imbroglios, among others, and the inability of governance to act effectively are sad textbook examples.

Second, globalization has indeed become global not only breaking down barriers of distance and time but bringing most of the world in direct and virtually instantaneous contact. One unintended consequence has been facilitating real and potential vulnerabilities and fragilities of most societies irrespective of the level of development. The global economic and financial crises are Exhibit A. And Exhibit B is our own Constitution in which freedom of speech, due process and right of assembly have been sorely tested in and by the war on terror — in many cases doing real damage to the nation whether in treatment of enemy combatants or establishing Islamic centers within blocks of the Twin Towers memorial. Not even Stalin or Hitler had the wit to understand that leverage.

Third, no matter how one comes out on climate change, nature and the environment are playing more significant roles as both compound and intensify many critical challenges and threats. Pakistan, already facing existential security and economic crises, is literally under water. And forest fires that swept through Russia as well as man-made disasters such as the Gulf of Mexico oil spill reinforce this phenomenon.

Finally, the current frameworks and structures in place to cope with 21st-century challenges and problems remain creations of the latter half of the 20th century following the end of World War II. The Marshall Plan, United Nations, Bretton Woods, International Monetary Fund, World Bank and later NATO have been the geoeconomic-strategic cornerstones and foundations for international stability (later joined by the Group of Eight, now the Group of 20) for more than half a century.

Yet, these institutions are in many ways obsolete, far too bureaucratic to work and don’t reflect the needs and realities of the times.

Winston Churchill opined that democracy was the worst form of government except for all the rest. Yet the differences that mark and have affected society in the intervening years question that judgment. Yes, when faced with titanic matters of life and death from two world wars and the Great Depression — and it was only World War II and the arsenal of democracy that finally lifted America from its grasp — Churchill may have been right.

However, our collective plates are now overloaded with legions of truly tough social, economic, political and public safety and security problems that have no clear or universally acceptable answers.

As ironic as the coincidence of Eid al-Fitr, Rosh Hashanah and Sept. 11 was, the absolute threat of societal implosion at home — from the earliest days of American independence when the 13 states were at the mercy of a more powerful Europe to the Civil, World and Cold Wars in which political or societal extinction wasn’t whimsy — has receded dramatically and absolutely. We regret the loss of some 5,000 U.S. servicemen and women in Iraq and Afghanistan. Let us not forget, however, that 58,000 Americans died in Vietnam, two-thirds that number in Korea and 300,000 in World War II, grim statistics that underscore some of today’s differences from the past.

The key external dangers are no longer hostile states with powerful armies and advanced weapons but perverted ideologies empowered by terror and suicide bombers with global reach if only via the Internet. Yet we haven’t thought our way through these realities nor have put in place the requisite policies and policy tools to respond accordingly.

Hope is neither a plan nor a strategy. As November elections draw closer and Republicans and Democrats focus on winning control of Congress rather than on governing, these broader realities and challenges along with their consequences will remain ignored or dismissed. Leadership is vital. Who will lead and who will fashion new ideas for leading are the most vital questions to be asked. But they must be thoughtfully answered, too.

Harlan Ullman is Senior Advisor at the Atlantic Council, Chairman of the Killowen Group that advises leaders of government and business, and a frequent advisor to NATO. This article was syndicated by UPI. Photo credit: Getty Images.