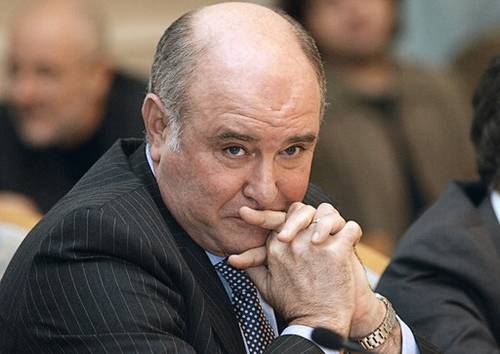 in 2008, Russia “unfroze” the conflicts in Abkhazia and South Ossetia through outright war and occupation of these Georgian territories. In the latter part of 2009, the United States and Russia each accelerated negotiations on the Armenia-Azerbaijan conflict, with Washington and Moscow each pressing for some kind of quick results. Although the U.S. and Russian initiatives are inherently competitive, they both proceed from the same flawed point of departure, breaking the link between Armenian troop withdrawal from seven Azerbaijani districts and normalization of Turkey-Armenia relations. This approach can only keep the Karabakh conflict unresolved, although it creates the appearance of intensive negotiations toward settling it.

1. Russia would accept a “solution based on a special status for Transnistria, with observance of Moldova’s territorial integrity and its neutrality.” Through this formulation, Moldova’s neutrality becomes an additional precondition to a settlement of the conflict. Russia would observe Moldova’s integrity while Moldova would observe its own neutrality. Russia’s traditional position had called for a special status of Transnistria (albeit one subject to Tiraspol’s veto) within a territorially whole Moldova. It had not explicitly demanded Moldova’s neutrality as a precondition, although this was implied when the Communists governed in Chisinau. The recent regime change has prompted Moscow to introduce this conditionality explicitly.

2. Furthermore, according to Karasin, the Russian troops would “certainly stay on as long as the sides [Chisinau and Tiraspol] keep searching for a settlement;” and “Russia will withdraw its military contingent only after a final solution to the conflict is found.” This reformulation is more intransigent than Moscow’s traditional demand for “synchronizing” a political settlement with a military withdrawal. That Russian concept envisaged movement on the political track and on the military track in parallel. Under this latest revision, however, military withdrawal would have to await a political settlement, even as Moscow and Tiraspol continue blocking the negotiations. "Synchronization" turns into sequencing and the conditionality becomes heavier. Moreover, Karasin now defines the military goal as setting a “timeframe for the presence [sroki prebyvaniya]” of Russian troops, rather than a putative withdrawal deadline.

3. Moscow strongly emphasizes negotiations in a bilateral format, Chisinau-Tiraspol, rather than the international 5+2 framework (Russia, Ukraine, OSCE, European Union, United States, Chisinau, Tiraspol). During his visit, Karasin urged shifting the negotiations’ center of gravity into the Chisinau-Tiraspol format, with “the key condition that the sides enjoy equal rights.” Equal rights has all along implied Tiraspol’s right to demand a political status incompatible with Moldova’s territorial integrity and to veto anything else in the negotiations. The 5+2 framework remains inoperative since 2006, blocked by Tiraspol with Moscow’s encouragement.

4. Both Moscow and Chisinau favor “confidence-building measures” and political dialogue between Chisinau and Tiraspol, as well as activating the dormant “working groups” on economic cooperation. Chisinau values those measures and activities for reaching out to Transnistria directly, without an obligatory Russian mediation. Chisinau seeks to operate on three levels in its outreach: to Transnistria’s ordinary residents, to interest groups and disgruntled elements within the authorities, and to the “official” Moscow-installed leadership. Tiraspol has blocked the process at the “official” level since April 2008. For their part, Moscow and the Tiraspol leadership try to use the Chisinau-Tiraspol process to seek acceptance of Transnistria’s political existence, and a de facto substitute for the international 5+2 negotiations.

Moldova’s Acting President Mihai Ghimpu and the Deputy Prime Minister for Reintegration, Victor Osipov, represented Chisinau’s positions during Karasin’s visit. Ghimpu in particular urged an unconditional withdrawal of Russian troops, in accordance with Russia’s 1999 commitments; objected that “synchronizing” troop withdrawal with political settlement is a prescription for deadlock on both tracks; cited Moldova’s constitutionally anchored neutrality, with assurances that this clause would remain unchanged while other constitutional clauses are amended; and pointed out that Russia’s military presence is incompatible with Moldova’s neutrality, which Moscow insists must be maintained.

In Tiraspol, “president” Igor Smirnov in unison with Karasin praised the role of Russian troops in “guaranteeing stability” and the non-resumption of hostilities. Chisinau, however, calls for an internationally mandated mission of civilian observers (mainly police, and including a Russian component) to replace the existing “peacekeeping” force.

Vladimir Socor is a senior fellow with the Jamestown Foundation. This essay was previously published in Eurasia Daily Monitor.