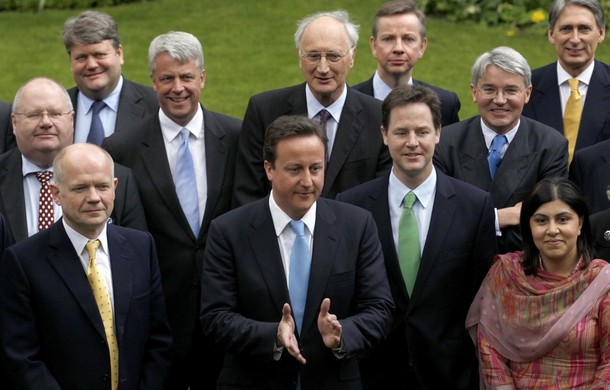 Britain’s May 6 election and the formation of the Conservative-Liberal Democrat coalition government were remarkable events.

With Tory leader David Cameron as prime minister and Lib Dem head Nick Clegg as deputy PM, some commentators regard this union as transformative in changing the way British politics are conducted. Others gushed that this outcome could be applicable to the politics of democracies and especially the United States at times of crisis and peril.

But before rushing to this optimistic judgment, closer examination of what happened and could happen in British politics bears merit. After all, trouble in River City isn’t beyond the pale.

The Tories won 36 percent of the vote and 306 seats, an increase of 97 but still 20 short of a 326-seat majority in the House of Commons. Labor was dealt a stunning setback losing 91 seats plummeting to 270 with 29 percent of the vote. The Lib Dems, while picking up 23 percent of the vote, actually lost two seats, a disappointment given Clegg’s powerful performance in the televised debates.

After 13 years of Labor rule, the British public concluded it was time for a change — maybe. During the short time a hung Parliament looked likely, the media reinforced the voters’ massive rejection of Labor observing that in these circumstances, Gordon Brown didn’t deserve another term as prime minister. More to the point, a Labor-Lib Dem coalition wouldn’t have achieved a working majority, a fatal flaw of that prospect.

In forming this coalition, Cameron bonded with Clegg. By all accounts, the personal chemistry between the two leaders is excellent, and pundits are already calling it the “Dave and Nick Show.” That shouldn’t come as a surprise. The two are close in many ways.

Both come from the upper class. Both were well-educated at upper-crust schools and universities. They share many similar views and attitudes. Both are young (43). At one time, both were Tories until the Lib Dems offered Clegg a deal he couldn’t refuse. And cajoling Clegg to become a second Winston Churchill in returning to the Tory fold with 19 other colleagues isn’t out of the question.

Cameron was clever, bold and prescient. A first bill before Parliament is likely to propose a super majority of 55 percent required for a vote of no confidence. A super majority could give the Tories a full five years in office. The sticking point is to resolve what happens if the Tories do lose a vote or several votes short of the 55 percent super majority. But that may be resolvable. And history too offers a lesson.

During times of extreme crisis such as in World Wars I and II and the Great Depression, coalition governments ruled in Britain. Domestically, the economy is in crisis. Ending that crisis could restrain the otherwise centrifugal forces inherent in any coalition government.

On the surface, so far so good — even though inherent cracks could prove fatal. Some 25 Tory shadow Cabinet members lost their jobs to make way for Lib Dems. Many, after years in the wilderness and dedication to the party in hard times, aren’t happy. Few will make a public row over this. However, maintaining the coalition for five years isn’t necessarily in the personal interests of all these unseated Tories.

The combination of Tory Cabinet heads and Lib Dem deputies and vice versa won’t be without controversy and confrontation. At the Ministry of Defense, for example, Liam Fox, a very conservative Tory who favors keeping a strong nuclear deterrent and British presence in Afghanistan, is paired with Lib Dem Nick Harvey, who is opposed to both. How this works when positions on crucial policy choices are polar opposites is at best uncertain.

The first test the government faces takes place in Brussels this week as the European Union, backed by France and Germany, debates regulations concerning the “shadow bank” industry of hedge, private equity and other non-banking funds. With London as the capital of this industry and a chief target for regulation, newly minted British Finance Minister George Osborne will have his hands full.

And other tests loom large principally over the economy and how to cut and tax; Afghanistan; foreign policy and whether Britain chooses to stay in the “first team” or takes a lesser role; immigration; civil liberties; and governing in general.

The first steps Cameron and Clegg have taken are refreshing and offer great promise. In a world awash with failing governance and bitter internal political divisions, a compromise made for the good of the people as opposed to the ideologies and convictions of the party is welcome. And — juxtaposed to the American 2000 presidential election — that a solution could be quickly reached in a “constitution-less” democracy is instructive.

But make no mistake; this begins a very rough ride. Troubles lurk in River City.

Harlan Ullman is an Atlantic Council Senior Advisor and chairman of the Killowen Group that advises leaders of government and business.  This column was syndicated by UPI. Photo credit: Reuters Pictures.