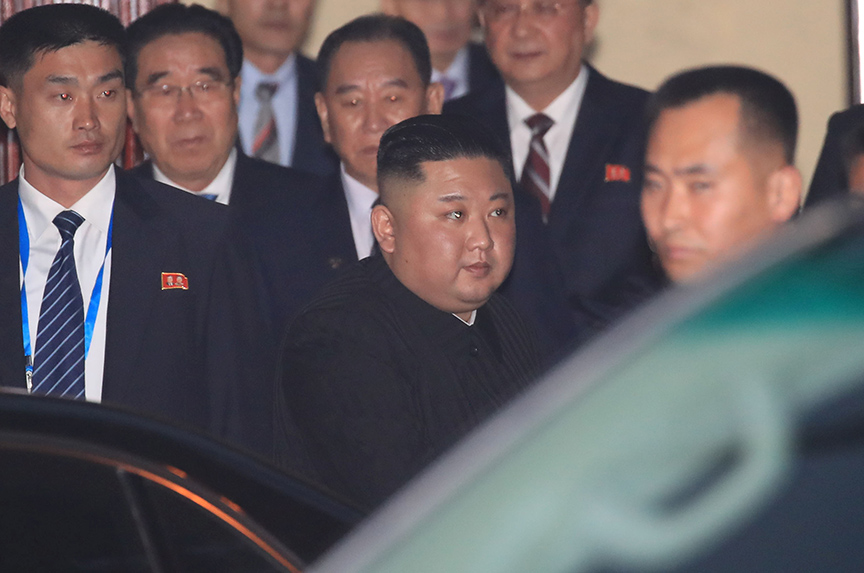 The Kim Jong-un regime’s most important policy objective is regime survival. In 2013, North Korea adopted the “parallel (Byungjin) policy of economic construction and nuclear development,” which served as the premise for accelerating development of its nuclear capabilities. In the meanwhile, the Kim regime has been confronted with burgeoning informal markets known as jangmadang (market grounds), rapidly increasing cellphone penetration rate, changing mindset of the younger generation, and the undeniable deterioration of the North Korean economy. In response to these developments, Kim and those in his inner circle are altering their perception of what they must pursue to safeguard the survival of their regime. The most significant move was the recently renewed policy line that “prioritizes economic development policy.”

Pyongyang’s policy recommitment is not only perceived as a symbolic gesture in light of the summits with South Korea and the United States, but also as an active attempt to reflect upon changing socioeconomic perceptions. Kim is aware that without visible assurance and provision of a better livelihood to his people, neither perfection of nuclear capabilities nor sustained political suppression could suffice for keeping public grievances in check. This is precisely the reason why Pyongyang strongly desires an “action for action” lifting of economic sanctions for its denuclearization.

If North Korea’s new strategic decision can be realized through upcoming negotiations, it will be able to reap substantial benefits from denuclearization. Providing economic solutions could be the best way to move the North toward making strides in its denuclearization process.

First, the United States could consider easing sanctions and normalizing bilateral economic relations with North Korea. There is an opinion that Washington is wary of doing so just yet. It is speculated that even the most limited sanctions relief will face legal and institutional hurdles. Sanctions-related domestic laws have been strengthened under the North Korea Sanctions and Policy Enforcement Act of 2016 and the Asia Reassurance Initiative Act of 2018. These Acts have placed an exacting set of exemptions, deferments, suspensions, and termination-related conditions that require congressional oversight. Also, other laws such as trade acts and the US president’s executive orders have expanded until 2017 prohibiting any form of commercial transactions with the North.

However, US President Donald J. Trump, Secretary of State Mike Pompeo, and Special Representative for North Korea Steve Biegun have said that easing economic sanctions can be a bargaining chip. The United States will not be able to lift its sanctions during the Trump-Kim summit in Vietnam on February 27 and 28. Easing of the travel ban and partial allowance of humanitarian goods to flow into North Korea would be more feasible, while deliberating on the ease of sanctions more favorably considered by South Korea, China, and Russia.

Second, United Nations Security Council resolutions that restrict the possibility of engaging in business with North Korea could be lifted through “exceptions to application.” Should a phased lifting of sanctions begin, there is a possibility that the Security Council will adopt a last-in, first-out (LIFO) method. Sanctions that bite Pyongyang the hardest, such as UNSCR 2397 (12.22.2017.), which limits crude and refined oil imports; UNSCR 2371 (8.5.2017.), which restricts exports of coal, iron ore, lead and marine products; and UNSCR 2375 (9.11.2017.), which bans exports of textile products, can be alleviated commensurate to the denuclearization process. The “snapback” clause could be put in place to discourage backtracking on denuclearization. If Pyongyang fails to fulfill its promises or reengages in acts of provocation, the temporarily phased-out sanctions should be immediately reapplied.

Third, monetary rewards could be offered to help the North rebuild its infrastructure though Trump would be compelled to rescind Pompeo’s statement that “US taxpayer money will never go into North Korean economic projects” and Congress will also have to make an exemption to the Glenn Amendment, which precludes US assistance to countries that conduct nuclear tests. Therefore, it is projected that South Korea and other states could consider ways to deliver direct financial support to Pyongyang, while the United States would favor deferment or suspension of sanctions.

Fourth, the United States and North Korea could discuss opening an escrow account, but it is uncertain as to whether the North will be receptive of the idea. The Kim regime would not want to be seen trading its prized nuclear capabilities for money. As an alternative to a cash injection, the “North Korea Economic Development Organization” (tentative title) could be established to foster joint development of North Korean resources and infrastructure. Such a step will support a regional effort to build a new peace regime, as well as accelerate Pyongyang’s admittance into the international economic order.

Fifth, inter-Korean economic cooperation can serve as an economic incentive for the North.  However, detailed agreement on it is unlikely to be forthcoming at the Vietnam summit. This issue must first be pertinently reviewed by the United Nations Security Council’s Sanctions Committee on North Korea to discuss phased exemption of sanctions. Expectations of a resumption of tourism at Mt. Kumgang and reopening of the Kaesong Industrial Zone are riding high after the Pyongyang joint declaration following the meeting between Kim and South Korean President Moon Jae-in in September 2018 and Kim’s statement on “an unconditional reopening” in his New Year’s address. A modest resumption of tourism may be possible after the relevant parties agree on an appropriate method of payment, as the “Bulk Cash” clause of the UN sanctions prevents large-scale cash transfers. As the flow of clothing and textile-based items are heavily sanctioned, a veritable resumption of the Kaesong Industrial Zone will require the lifting of relevant bans on textile exports. Wage issues must also be resolved to avoid Washington’s concerns about human rights issues in North Korea.

Finally, the United States can promote North Korea’s transition into the global economy by admitting the country to international economic institutions. Pyongyang’s membership in the World Trade Organization, the International Monetary Fund, and the World Bank would be a prerequisite for a complete normalization of bilateral relations with the United States. Technical support and training can be offered by the international organizations during the early stages of the process.

Kim’s resolve was clearly reflected in last year’s “strategic decision” to better people’s lives by shifting focus from nuclear to economic development. He is aware of the importance of establishing relations with the United States through denuclearization talks. The economy, therefore, will be the sticking point between the two countries, for a so-called big deal to be made during the upcoming summit.

Washington’s hesitation about Pyongyang’s sincerity is understandable, considering the North’s history of recidivism. However, what has become clear is that the North’s new goals are geared toward solving the country’s socioeconomic problems. Thus, the United States is favorably placed to incentivize and induce North Korea’s commitment to a final and fully verifiable denuclearization.

Now is the time for the United States, South Korea, and other relevant parties to acknowledge North Korea’s “strategic decision” to help the once-rogue nation to run the entire course in sincerity, proving that it is ready to cooperate with the international community. At the same time, Pyongyang should fully commit to executable denuclearization measures. This may perhaps be the last opportunity to make substantial strides in denuclearization through means of peace. Both Washington and Pyongyang should remind themselves to use this historical window of opportunity in the most sensible and productive way possible.

Jungbae Seo is a visiting fellow at the Asia Security Initiative of the Atlantic Council’s Scowcroft Center for Strategy and Security. He is currently a general director at South Korea’s Ministry of Unification.

Image: North Korean leader Kim Jong-un left the North Korean Embassy in Hanoi, Vietnam, on February 26. He is in Vietnam for a summit with US President Donald J. Trump on February 27 and 28. (Yonhap via Reuters)