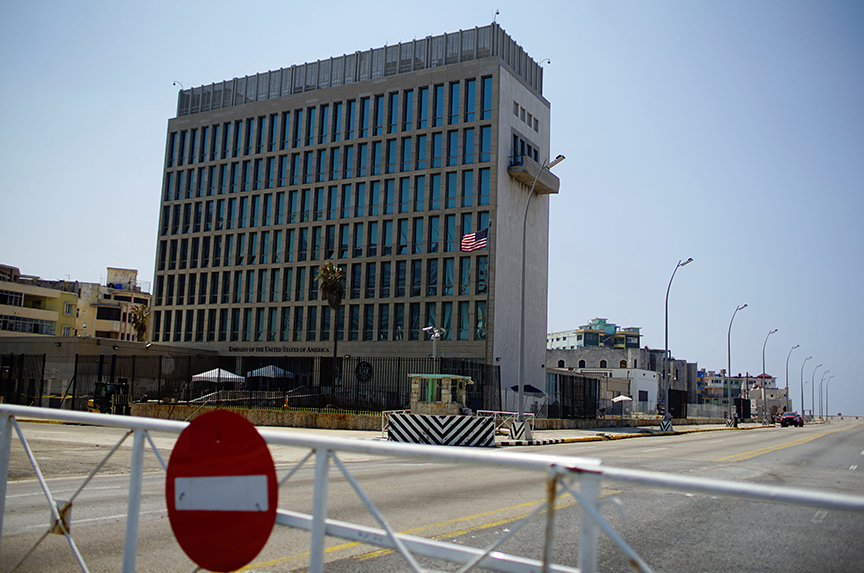 This article is part of a series that reflects on one year of the Trump administration.

US President Donald J. Trump scaled back the Obama-era rapprochement with Cuba, placing restrictions on US travel to Cuba and business with Cuban entities linked to military, security, and intelligence agencies; recalling US diplomats from Havana; and expelling many Cuban diplomats from the United States.

What was US policy prior to Trump? In 2015, President Barack Obama reestablished diplomatic relations with Cuba ending five decades of a US policy of isolationism. Striving to normalize relations and aid economic integration, Obama began lifting both travel and trade restrictions. The economic embargo on Cuba, however, remained intact. Wrapping up his time in office, Obama also ended the “wet foot, dry foot” immigration policy that allowed Cuban migrants who reached US soil to stay in the country.

What has changed? Despite his rhetoric, Trump’s measures were not a hard-hitting reversal of the Obama-era policies. Trump did place new limitations on Obama’s travel openings and tightened restrictions on how Americans can spend their money on the island. This was done to “channel funds” away from the Cuban military.

Roberta Braga is an assistant director in the Atlantic Council’s Adrienne Arsht Latin America Center. Follow her on Twitter @RobertaSBraga.

Image: The Trump administration withdrew all non-essential diplomats from the US Embassy in Havana, Cuba, in September after staff complained of mysterious ailments. (Reuters/Alexandre Meneghini)