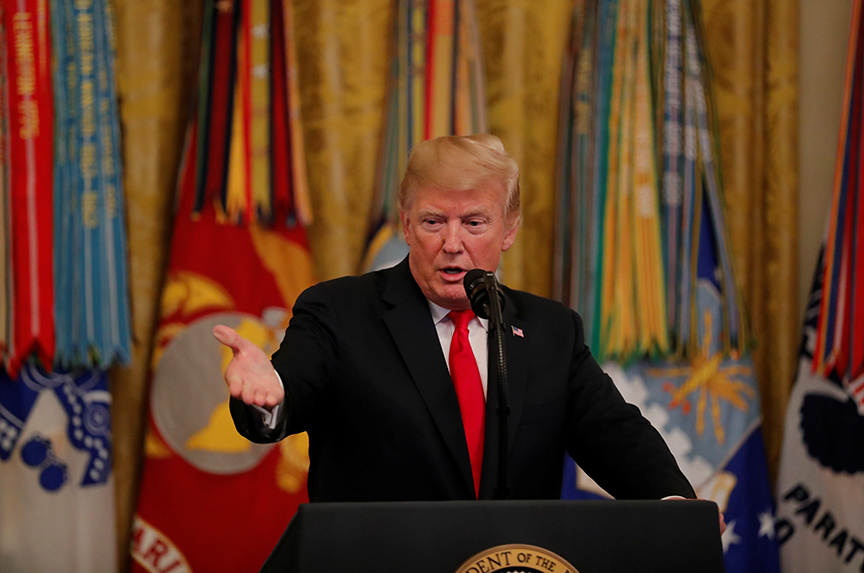 US President Donald J. Trump on September 12 issued a new executive order (EO) authorizing sanctions in response to interference in US elections, likely as an attempt to stave off two bipartisan bills circulating in the Senate that would mandate significant sanctions against Russia. The EO is a mixed bag; it directs cabinet officials to produce reports on interference following every US federal election—a good step toward showing seriousness—but the sanctions in the EO do not substantially change the status quo, especially from the perspective of providing an effective deterrent to Russian aggression.

The good news: The EO mandates an assessment by the Director of National Intelligence on foreign interference and a joint report by the US attorney general and secretary of homeland security on the impact of any such foreign interference. Curiously, the EO does not provide for any transmission of the reports to Congress.  All in all, though, it is a positive step to mandate these reports.

First, the reports are ordered by the president, which is a solid messaging point to hit for a leader who has been reluctant to even acknowledge that interference happened in 2016.

Second, it forces the administration (of its own accord) to be on record—though not necessarily publicly—about foreign interference.  Even without an explicit transmission of the reports to Congress, it will be hard for the administration to avoid acknowledging interference, especially by Russia, in the midterms in November.  The intelligence community has already proven its ability to provide a candid and sobering account of Russian interference.

However, the EO does little to prevent the interference from occurring in the first place.  The renewed threat of sanctions does very little to move the ball forward in providing any sort of increased deterrent, especially to Russia.  There is a slight broadening in this new EO which expands the criteria beyond EO 13757—which limits the sanctions only where cyber means were used—to authorize the imposition of sanctions for any type of electoral interference.  But the broadened criteria for sanctions in this new order are more limited than the Russia-related sanctions authorities that the administration already has at its disposal.

Strategically, it is hard to see how these sanctions would provide any more of a deterrent to Russia and others than what already exists, given that the determination to impose sanctions still rests at the administration’s discretion, and as we’ve written before, the status quo is not enough.  The president’s repeated waffling on the 2016 interference and strangely conciliatory deference to Russian President Vladimir Putin have undermined the reasonable steps his administration has taken to confront Russia.  With any other president, this EO probably would be the right move as part of a comprehensive strategy to deter further interference.

The remaining drama – barring another Helsinki-level event—before November is whether Senate Majority Leader Mitch McConnell is able to use this mixed bag to delay action on the bills put forth by Sen. Marco Rubio (R-FL)/Sen. Chris Van Hollen (D-MD) and Sen. Lindsey Graham (R-SC)/Sen. Bob Menendez (D-NJ).  During testimony over the last two weeks in the Senate Banking committee, there appeared to be bipartisan support for stronger action, including sanctions, on Russia, but timing on any new legislation remains uncertain.

The immediate reaction to the EO from the Hill has been relatively hostile.  Van Hollen and Menendez immediately denounced the action as insufficient and Rubio reiterated the need for sanctions legislation. In some ways, it is possible that this action may serve more to annoy than placate proponents of congressional action on Russia, which could have the perverse effect of making legislation more likely.  Much will depend on how forcefully the Republican sponsors (Rubio and Graham) push their leadership.

Brian O’Toole is a nonresident senior fellow with the Atlantic Council’s Global Business and Economics Program. He worked at the US Department of the Treasury from 2009 to 2017. As senior adviser to the director of the Office of Foreign Assets Control (OFAC), he helped manage the implementation of all OFAC-administered economic and financial sanctions programs. Follow him on Twitter @brianoftoole.

David Mortlock is a nonresident senior fellow with the Atlantic Council’s Global Energy Center. He is the chair of the Global Trade & Investment Group at Willkie Farr & Gallagher LLP. Previously, he was director for international economic affairs at the White House National Security Council from 2013-2015.

Image: US President Donald J. Trump addressed a reception for Congressional Medal of Honor recipients in the East Room of the White House in Washington on September 12. (Reuters/Carlos Barria)