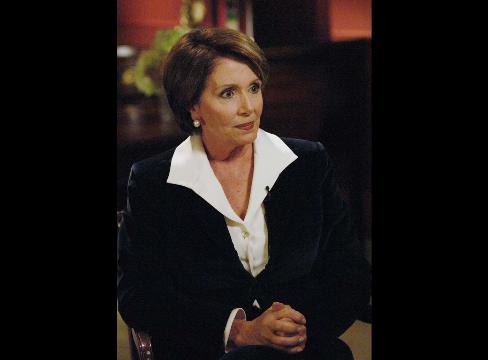 There’s plenty of blame to go around for the most-irresponsible, self-defeating and short-sighted congressional foreign policy action of this year.

Start with Nancy Pelosi, the top Democrat in the U.S. House of Representatives, President George W. Bush and the Turks themselves.

The issue in question is last week’s decision by the House Foreign Affairs Committee to approve a non-binding resolution to brand the Ottoman Empire’s 1915 mass killing of Armenians as genocide. The measure now moves toward a full House vote. If approved, it will send Turkey, the U.S.’s most-important Muslim ally, into an anti-American frenzy.

The panel’s sanction was a triumph of domestic politics over geopolitics. The measure was pushed by a California Democrat from a constituency with a large and well-heeled Armenian-American base, and it was backed by Pelosi. In the view of State Department officials who are picking up the pieces, she is more concerned with representing San Francisco than the national interest.

Bush tried to thwart the measure with a campaign involving his father and even former President Bill Clinton, but it was yet another “surge” that was too late and without sufficient firepower to make a lasting difference. Most of his effort came in the few days between a phone call from Turkish Prime Minister Recep Erdogan and the Friday before the Wednesday, Oct. 10 vote.

For their part, Turkish leaders over the years have dodged, banned or prosecuted voices at home who suggested genocide was at play.

Yet the House resolution can only produce a nationalist backlash that will make it harder for those, such as Nobel laureate Orhan Pamuk, who have called for a more open historical accounting in a Turkey aspiring to European Union membership.

Turkish resistance to the prevailing global view that the Ottoman government tried to exterminate its Armenian population is a testimony to the tensions inside modern Turkey. Mustafa Kemal Ataturk aggressively forged the state from the remains of the Ottoman Empire 84 years ago and forced aside ethnic, tribal and religious identity to create Turkish civil society.

The House resolution thus is an outside intervention into a painful and long-repressed family debate, a match tossed into brew made more combustible by the country’s rising religiosity and nationalism.

President Clinton was able to prevent a similar resolution from reaching a House vote during his administration through weeks of intense lobbying and ultimately by convincing then- Majority Leader Dennis Hastert that passage would endanger American lives. Pelosi said Bush hasn’t made a similar effort.

It was another example of an administration that has been so preoccupied with Iraq for so long that it misses the need for preemptive political action to contain rising dangers — and this one will have considerable reverberations in Iraq.

Those who think this vote is about setting historic facts right aren’t paying attention to the present. What we’re dealing with isn’t some rogue, failed state housing sworn enemies but Turkey, the only Muslim country in NATO, a potential European Union country and the most-important front-line state in the struggle against Islamist extremists. It is the West’s leading bridge to and democratic model for the Mideast.

It also is the country through which 90 percent of cargo passes for U.S. and allied troops in Iraq. At the very least, U.S. logistical problems will increase.

More dangerously, Turkish restraint may diminish in dealing with Kurdish militant threats from northern Iraq. Turkey’s top military man, General Yasar Buyukanit, spoke bluntly in the Milliyet newspaper on Oct. 15, when he said the U.S. had “shot itself in the foot” with the resolution. He also faulted the U.S. for not doing more to help Turkey clamp down on Kurdish separatists in northern Iraq.

The Turkish military has been pressing its leadership for the right to cross the Iraqi border to attack rebels in the Kurdistan Workers Party (PKK) and it symbolically stepped up shelling over the weekend.

Passage of the resolution and insufficient U.S. help against the PKK will remove much of Washington’s leverage to keep Turkey in check. In the worst case, U.S. and Turkish troops might even end up inadvertently standing muzzle-to-muzzle. It is that danger and others that prompted the U.S. to dispatch Undersecretary of Defense Eric Edelman and senior State Department official Dan Fried to Turkey late last week.

So what to do now?

Pelosi should follow in the steps of Hastert and keep the resolution off the calendar for a vote. Bush should make the call she’s been waiting for, and also provide help to the Turks against Kurdish militants. That would be sufficient to quiet the Turkish military and placate the Turkish public.

For its own part, Turkish leaders should appeal for calm to their citizens, reminding them that their long-term interests are best served in a close relationship with the U.S. It should tell them that the U.S. Congress may be the wrong place to deal with Ottoman-Armenian history, but they must follow through on their call this year for a joint international commission to review the events using long-closed Turkish state archives.

That may be far too reasonable a course to expect in these unreasonable times. Yet the stakes are too high and the risks too great for a failure.