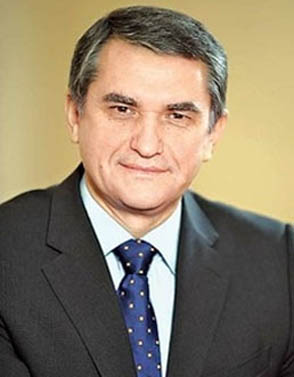 As Ukraine establishes a transitional government to replace the fallen President Viktor Yanukovych, the country still risks turmoil and violence in the south and east, Yanukovych’s ethnic Russian base of support. There, local political groups demand closer ties to Russia, and even separation from Ukraine, noted Oleh Shamshur, a Ukrainian diplomat who advises political party leader Vitaliy Klitschko. “The area which we should watch very carefully now is Crimea,” the strategically vital peninsula on Ukraine’s southern, Black Sea coast, said Shamshur, a former ambassador to the United States, in an online discussion Friday with the Atlantic Council.


Russia is intent on keeping its massive naval base at the Crimean port of Sevastopol, and Russian nationalists view the peninsula as part of greater Russia. Shamshur noted the statement last week by the speaker of Crimea’s regional parliament, Volodymyr Konstantinov, in which he spoke of seeking Russian protection amid Ukraine’s crisis. “The statement by the head of the Crimean parliament in Moscow was tantamount to … [a] call for separation from Ukraine and joining Russia,” Shamshur said.

In the eastern oblast, or province, of Kharkiv, pro-Russian politicians recently have been “convening [meetings] with the idea that if democracy wins in Kyiv, they would be … thinking very seriously of creating a separate state or quasi-state entity in the east and southeast of Ukraine,” Shamshur said. “That’s something that should be taken very seriously. I do believe that we can put our house in order ourselves. But these attempts … especially if amplified from the outside, are extremely dangerous.”

US National Security Advisor Susan Rice said on NBC’s “Meet the Press” Sunday that a Russian intervention military intervention in Ukraine would be “a grave mistake.” Yanukovych, who fled Kyiv Friday, has been reported in Crimea, news agencies reported.

Shamshur, who was ambassador in Washington from 2005 to 2010, and who also has served as deputy foreign minister, answered questions from Atlantic Council members, journalists and the public in a discussion moderated by the Council’s executive vice president, Damon Wilson. Among his observations were these: