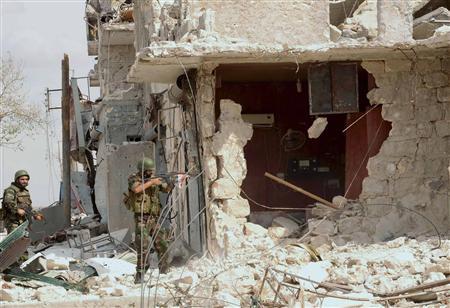 Former U.S. Secretary of Defense Donald Rumsfeld coined the phrase “unknown unknowns,” a snappier way to describe “unintended consequences.” Both refer to events that are unanticipated, unexpected and unpredictable.

Beyond the arming of the mujahedin with Stinger missiles in Afghanistan that ultimately drove out the Russians and led to a Taliban takeover, a more telling example of unintended consequences was the implosion of the Soviet Union.

Although some wrongly attribute the end of the Soviet Union to U.S. President Ronald Reagan’s attempt to spend the “evil empire” into oblivion by forcing an arms race capped by the Strategic Defense Initiative, derisively called “star wars,” the truth lies elsewhere.

After a series of geriatric Soviet leaders expired, the youthful Mikhail Gorbachev won the top post realizing that the rot and decay of a (fatally) flawed political system demanded reform if the U.S.S.R. were to survive as a superpower. Gorbachev, a dedicated communist, created “glasnost (openness)” and “perestroika (restructuring)” as cures for reducing the political sclerosis and cholesterol that threatened the health of Soviet Russia.

Instead, Gorbachev inadvertently released the floodgates of change. The system was so brittle and in such disrepair that it couldn’t tolerate that shock. The unintended consequence was tectonic. The Berlin Wall came down and, shortly afterward, the Soviet Union disintegrated.

Predicting events with potentially powerful consequences, for better or worse, is an inexact science, at best to be undertaken with great humility and respect for the capacity to err badly. However, such an exercise to dissect Rumsfeld’s “unknown unknowns” can yield better understanding of the direction events could go.

Civil war in Syria has already spilled over to its neighbors. The latest is the exchange of Syrian artillery fire with Turkey. War is in neither country’s interest. However, should conditions escalate — whether by accident or precipitated by the Free Syrian Army or Kurdish insurgents in the Kurdistan Workers’ Party to enlist Turkey against the Assad regime — and war breaks out, Turkey’s membership in NATO raises profound questions and potentially huge unintended consequences.

NATO’s centerpiece, agreed to in the 1949 Washington treaty is Article V that guarantees an “attack against one is an attack against all.” For four decades, the raison d’etre for Article V was the Soviet Union. Never once was it invoked. It took al-Qaida’s attacks of Sept. 11, 2001, for the alliance to declare Article V the very next day and come to the assistance of the United States.

Should war break out between Turkey and Syria, what happens if Article V is requested by Ankara?

NATO Secretary-General Anders Fogh Rasmussen has publicly declared that the alliance wouldn’t intervene in Syria. Within the alliance, there appears to be no dissent among the nations on that point. The treaty specifically defines an attack as limited to North America and Europe and perhaps Article V could be subjected to legal wrangling. More likely, debate what to do if Turkey found itself at war with Syria could threaten the future cohesion of NATO — a vexing if not crippling unintended consequence.

Second, the proposed merger between BAE and EADS/Airbus was undertaken on a sound business basis. The British aerospace giant could benefit from EADS competition against Boeing in the commercial aircraft market. And EADS would gain access to the huge U.S. defense market through BAE.

If the merger overcomes the political differences among Britain, France and Germany over ownership, a potential ticking time bomb still wouldn’t be defused — the tension between competition with Boeing and exploiting the U.S. defense market.

Would the U.S. government knowingly help the new aerospace giant by permitting large defense sales to BAE in America at the expense of Boeing? On that answer, many unintended consequences will depend.

Third, U.S. tactics against al-Qaida and other terrorist groups have evolved to a combination of drone attacks and operations by military and paramilitary forces targeted against individuals and small groups.

Clearly, retaliation is fair game especially as drone technology becomes more ubiquitous. Despite the United States’ vast and costly intelligence and surveillance systems, civilian capability, from Google Earth to other available information programs, proliferates and could be used for de facto targeting options.

Imagine, a score of congressional members congregating in front of the Capitol (or, more vividly, a presidential inauguration). Suddenly, the equivalent of a Hellfire missile fired from an undetected drone potentially controlled by someone as far away as Havana, Halifax or Houston evaporates the meeting point. Even the best counter-intelligence capability could be hard pressed to prevent such an attack or determine its origin.

Unintended consequences remain unpredictable. Any of the above could be far-fetched. Still, each should give us to pause to think.