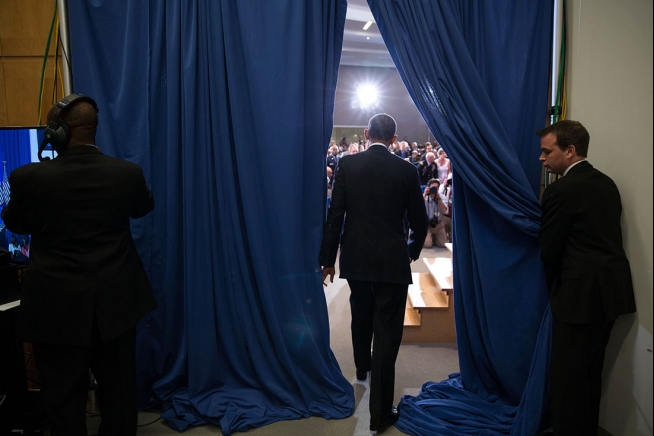 Unlike the past when the United States faced potentially existential dangers, from the Revolution to the Civil War, Great Depression, World War II and the Cold War, since the attacks on New York’s Twin Towers on Sept. 11, 2001, too many of today’s crises and challenges have no obvious solutions let alone good ones.

The United States seems caught in a no-man’s land of danger that eludes choices that can affect positive outcomes.

Syria is one of many examples.

As this column asked, suppose in human terms, supporting the horrible regime of Bashar Assad would claim the fewest number of lives. Are 100,000 or 200,000 lives worth the empowerment of Iran, Hezbollah and Iraq? And if they were, would domestic U.S. politics tolerate that choice? The answer is no.

And should the opposition win, the odds are high for a Sunni-Alawite pogrom followed by a Sunni-Sunni civil war.

In Iran, the simple answer to the nuclear standoff is for direct negotiations with Tehran. The Obama administration will recall that its first attempt at a rapprochement was rejected and there are few guarantees that if the White House sought an Iranian interlocutor, Tehran wouldn’t leak that story to embarrass the president.

Iraq is in chaos. More than 1,000 Iraqis were killed last month in internecine war. That killing is only likely to worsen. What is the answer? There is none.

The “other” war in Afghanistan isn’t going any better. Former Commander of the International Security and Assistance Force U.S. Marine Gen. John Allen has written a paper that declares the war still “winnable” if. And that is a big “if” as a dozen years of engagement and nation building, uneven at best and failed at worst, demonstrate.

Pakistan has witnessed for the first time a democratic transfer of power. Many in the Obama administration are delighted with the prospect of ABZ — Anyone But Zardari, Pakistani President Asif Ali Zardari, who has declared that he won’t stand for another term given his party’s electoral pounding.

Nawaz Sharif, prime minister for the third time, is perceived in Washington as a possible white knight despite his strong opposition to drone attacks.

That optimism is both suspect and highly naive. Nawaz is no friend of the United States. And he has NO solutions to the profound problems plaguing Pakistan from desperate electrical power shortages to a worsening insurgency at a time of looming economic depression.

With 70 million or 80 million Pakistani youth moving to cities with little chance of employment and subject to increasing Islamic radicalization, this time bomb could easily explode sooner than later.

Hence, who can help? Not the United States.

U.S. President Barack Obama is to meet with Chinese President Xi Jinping this week. Xi will want to understand the pivot to Asia and what that means for U.S.-China relations. Obama will provide substantial evidence of a huge Chinese cyber theft effort to steal vast amounts of intellectual property. Xi will deny these allegations.

So, between explaining the pivot and protesting the theft of intellectual property, in these circumstances, what choices does the U.S. side have especially when China owns $2 trillion of U.S. debt? The answer is: Not much.

In Europe the picture isn’t much rosier. NATO is in disarray. The defense budgets of most member states are being slashed below the bone. Germany and France are competing as the leading power in Europe. And the twin problems of terrorism and immigration exacerbate the failure to govern.

Even the United Kingdom, the United States’ steadfast ally, is in political trouble, as the Cameron government stumbles over these same issues.

Hence, what are America’s choices?

Meanwhile, the White House understands that further “resets” of relations with Moscow are essential if progress is to be made in Syria and Iran. Russian cooperation is essential. Yet, transfers of Russian military aid including surface-to-air and surface-to-surface missiles to Damascus that are shifting the war to Assad’s favor aren’t helpful to supporting Obama’s calls for a political solution.

And, at home, while there are signs of economic life, the recovery remains fragile. The differences between the affluent and the rest of American society continue to grow. Unemployment remains high. If the Federal Reserve slows or ends its policy of “quantitative easing” — buying back debt — interest rates are certain to rise with very negative consequences for the economy given the $17 trillion federal debt.

Unfortunately, unlike World War II or the Cold War, no obvious unifying strategy exists. With the declaratory end of the “war on terror,” long overdue, a replacement framework is essential.

To exit this cul de sac of no good choices, finding this new framework must be Job One.