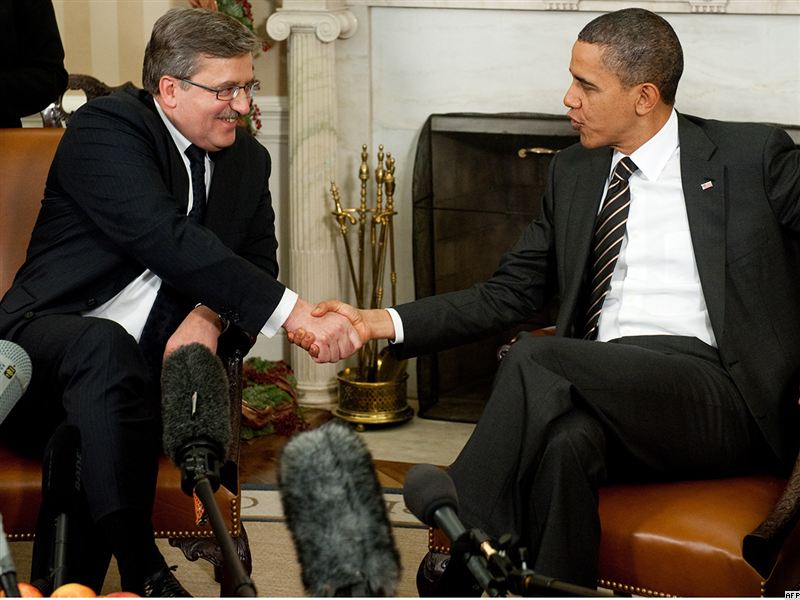 In preparation for President Obama’s upcoming trip to Warsaw, the US Embassy in Poland ran a contest asking Polish citizens, “What unites us”?  It is an equally fundamental issue for American citizens.  Indeed, the close partnership between the US and Poland over the past two decades—built on a historical bond between the two peoples forged as far back as our revolutionary founding—risks becoming a victim of its own success.  In short, there is a strong risk of strategic drift in the absence of a clear unifying force.

In fact, US and Polish mutual interests are expansive.  They include: guaranteeing peace and security in Europe through NATO; improving capabilities of the Polish military and its interoperability with the US military; promoting democracy and human rights in the world; preserving cultural links between the US and Poland through Polish-Americans; and enhancing energy security through shale gas exploration in the Baltic Sea.
There is also a deep foundation of mutual respect between the two countries.  America is admired for its optimism, vitality, and openness; Poland, for its perseverance, courage, and historical experience.
However, the sound principles of mutual interests and mutual respect—the bedrock of Obama’s philosophy since the start of his administration—have not led to a common strategic narrative between the US and Poland.
Poland has troops in Afghanistan, but views its mission primarily as helping its American ally rather than serving its own security interests.  With the end of the Cold War and Central Europe within the EU, the US sees security threats in other parts of the world.  And then there is the ever-nagging visa-waiver issue—mostly unknown in the US but a great irritant in Poland—where Poles are the only EU citizens who require a visa to travel to the US.
Or consider the recent intervention in Libya.  Much was made about the British and French leadership in driving the mission, and about German opposition to it, but no one seemed to express surprise that Poland was not active in the debate.  As one of the leading contributors in Afghanistan and one of only four countries that participated in the initial invasion of Iraq in 2003, Poland should have been called upon by the international community to support this humanitarian mission.  The fact that it was not expected to do so only reflects a flaw in our narrative.
In recent weeks, Poland has resumed its foreign policy of active engagement.  Radek Sikorski—the only European leader who was previously a fellow at a US think-tank—was the first foreign minister to visit the opposition movement in Libya.  And the Polish government is currently leading an effort with France and Germany to impose tougher EU sanctions on Belarus to compel democratic change in that last remaining dictatorship in Europe.  The land that gave birth to Solidarity and spelled the death of communism has shown that it is still capable of vigorous leadership in the service of human dignity and freedom.
Looking toward the future, common interests between the US and Poland will continue to be pervasive but also diffuse.  Thus, there is simultaneously great potential for cooperation, but also a risk that it will not be fulfilled.  One mechanism to help facilitate ongoing strong Polish-American relations is the American Polish Forum and other non-governmental organizations in the US and Poland that form a complex network of links across the Atlantic.  With one-fifth of all Poles from around the world living in the US, the two countries are destined to remain close.
And there are short-term common challenges that will help focus the minds in Washington and Warsaw.  The Arab Spring has offered the world a historic opportunity for greater democracy and freedom akin to the winds of change that swept across Central Europe in 1989.  Non-violent movements have shown once again the power of the powerless.  As importantly, the foresight and wisdom of democratic leaders such as Lech Walesa—through round-table talks and peaceful negotiations with their enemies—has important lessons for opposition leaders throughout the Middle East.
The US needs to leverage Poland’s experience and its interlocutors to further enable conditions for democracy and human rights.  From a non-governmental perspective, the American Society of International Law could organize a conference with the Polish Institute of Legal Studies and the Egyptian Society of International Law on peaceful change from dictatorship to democracy.  Most importantly, both countries and peoples need to recall their common interests and face their common challenges in a united front.
Bart Szewczyk is a member of the Executive Council at the American Society of International Law, member of the American Polish Forum, and fellow at the Truman National Security Project.  All views expressed herein are personal and do not necessarily reflect the author’s institutional affiliations.