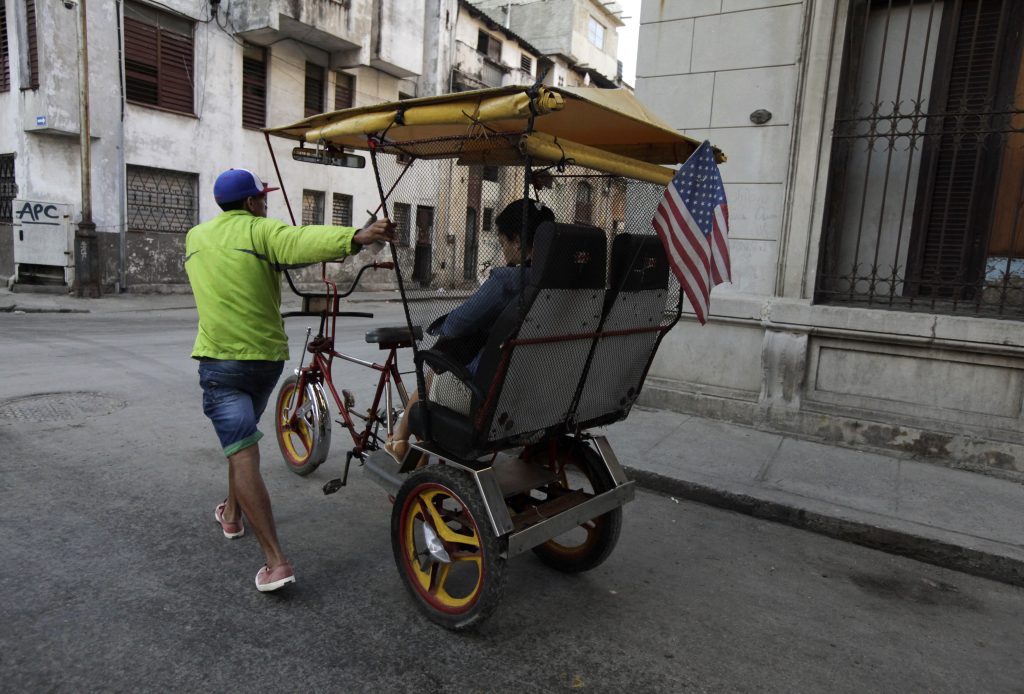 President Barack Obama’s sweeping changes to US-Cuba policy were at least in part influenced by an understanding that this was widely favored among the American people. The Atlantic Council’s Adrienne Arsht Latin America Center released a poll in February that found support on both sides of the aisle for normalization with Cuba, and this poll has served as a crucial piece of the Cuba policy dialogue.

The poll “showed with enormous clarity that Cuba no longer has the juice it used to have,” said Peter Schechter, director of the Latin America Center.

“It used to be the poisoned chalice. If you dealt with Cuba in ways that went against the Cuban-American community, then you would lose Florida. I think that is no longer true,” he added.

Jason Marczak, deputy director of the Adrienne Arsht Latin America Center, spoke to the widespread support for a change in policy.

“A majority of Americans, including Republicans, Democrats, and independents, all favor normalization of relations with Cuba,” he said.

Schechter and Marczak spoke on a conference call with reporters on December 17. They were joined by Republican pollster Glen Bolger of Public Opinion Strategies and Democratic pollster Paul Maslin of FM3, who conducted the poll.

“It was obvious to us when we did this poll … that the American people were ready and willing to turn the page and go to a new chapter in terms of the relationship of this country with Cuba,” said Maslin.

Bolger said Cuba policy was not a partisan issue for Americans.

“It is not the political lightning rod that it once was… Cuba is no longer a third rail among Republicans,” said Bolger. “I don’t think it is going to be a vote motivator in two years,” he added, referring to the US elections in 2016.

Among other changes, the president announced that he would restore full diplomatic relations with Cuba, starting with opening an embassy in Havana. “Isolation has not worked,” he said. “It’s time for a new approach.”

In addition to restoring diplomatic ties, the Obama administration will:

The normalization announcement came hours after the release of Alan Gross, a USAID contractor who had served five of a fifteen-year prison sentence for trying to deliver telecommunications devices to the Jewish community in Cuba. He was released by the Cuban government on humanitarian grounds.

An unidentified Cuban, who had been imprisoned in Cuba for the past twenty years, also was released. He is considered instrumental in providing information to the US that led to the disruption of several Cuban intelligence operatives in the US and several successful federal espionage prosecutions, according to Brian P. Hale, spokesman for the Office of the director of National Intelligence. The US secured this man’s release by setting free the remaining three of the so-called Cuban Five spies who had been held in the US since 2001.

While the president’s actions and the exchanges were met with much enthusiasm, some Republican and Democratic lawmakers criticized Obama’s policy change.

Senator Marco Rubio (R-FL), said the new policy was “just the latest in a long line of failed attempts by President Obama to appease rogue regimes at all cost.”

Only Congress can overturn the 1996 Helms-Burton Act, which mandates most of the trade and some travel restrictions on Cuba.

However, said Schechter, “for all practical purposes, today we can say we have arrived at the beginning of the end of the sanctions regime on Cuba.”

Schechter said Obama’s decision is a big deal for Cubans because “it allows them to access capital for development purposes in ways that they were perhaps not able to do before.” Further, he said, ending the embargo will let US allies talk about the lack of freedoms and democracy in Cuba without the Cubans using the “crutch of the US policy embargo as a big excuse.”

Marczak praised Obama’s decision as a “historic day for US-Cuba relations, but frankly also for US relations with Latin America.”

Describing the US Cuba policy as “one of the greatest impediments toward strengthening our relations across the hemisphere,” Marczak said Obama’s decision will “put more pressure on Cuba as more economic relations, diplomatic relations, and travel are opened.”

“This will force the Cuban regime to open up more opportunities for Cubans who continue to suffer under an autocratic, dictatorial regime,” he added.

Image: On the morning after Presidents Barack Obama and Raul Castro announced the normalization of US-Cuban relations, a Havana tricycle taxi driver had fixed a US flag to his vehicle. As Castro announced the change on television, Cubans rang bells, teachers halted lessons and people applauded. (Reuters/Enrique De La Osa)