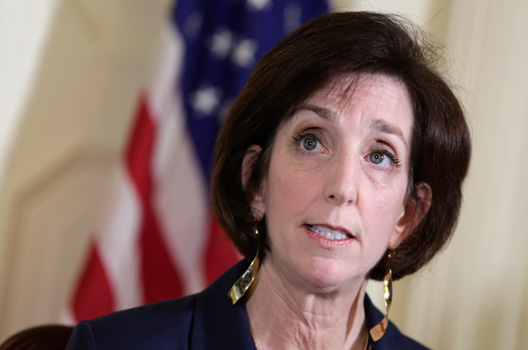 The second round of talks between the United States and Cuba on February 27 will be marked by tough negotiations, but both sides have incentives to work toward a breakthrough, according to Atlantic Council analysts.

“The United States wants to do a lot of things very fast. The Cubans want to do everything very slow,” said Peter Schechter, Director of the Atlantic Council’s Adrienne Arsht Latin America Center.

Negotiators led by Assistant Secretary of State for Western Hemisphere Affairs, Roberta Jacobson, on the US side and Cuba’s top diplomat for US affairs, Josefina Vidal, had a tough first round of talks in Havana on January 22 as both sides stuck by their demands.

Cuba wants access to capital from private banks and international financial institutions that it currently off limits because of Havana’s presence on the State Department’s state sponsors of terrorism list. It also wants the US to end support for Cuban dissidents.

The US wants Cuba to allow its diplomats to travel freely and meet with whomever they wish. Jacobson on February 23 expressed concern about the “violent silencing of peaceful voices for change” in Cuba.

“I think that toughness will continue to exist in this next round of talks, but I also think that the Cubans see that their one lifeline is the oil that they get from Venezuela, and that is in a precarious situation. So I think that they have an incentive to go slow, but to get it done,” Schechter said in an interview.

The second round of talks will be held in Washington on February 27.

The Obama administration, meanwhile, would like to achieve some headway in its relationship with Cuba before the Summit of the Americas in Panama on April 10-11.

“There is a lot of pressure, but more pressure on the American side than the Cuban side, to really advance in the talks this week,” said Jason Marczak, Deputy Director of the Atlantic Council’s Adrienne Arsht Latin America Center.

Marczak said the United States is not going to give in to the Cuban demand that it restrict contacts with Cuban dissidents.

“The US will only establish an embassy if it has full ability to meet with whomever we want in Cuba,” he said.

Havana has seen a parade of US lawmakers visit following President Barack Obama’s announcement in December to restore full diplomatic relations with Cuba, starting with opening an embassy in Havana. Obama also called on Congress to end a five-decade-old trade embargo on the island.

A group of US Senators —Mark Warner of Virginia, Claire McCaskill of Missouri, and Amy Klobuchar of Minnesota — visited Cuba last week. Klobuchar is sponsoring a bill to lift the five-decade-old US trade embargo on Cuba.

The senators’ visit was followed by a delegation of Democratic House members led by House Minority Leader Nancy Pelosi.

Schechter and Marczak spoke in an interview with the New Atlanticist’s Ashish Kumar Sen. Excerpts below:

Q: The US wants to reopen its embassy in Havana before Cuba is officially removed from the State Department’s list of state sponsors of terrorism. Cuba first wants to be removed from the terrorism list and Washington to halt support for Cuban political dissidents. Are the two sides any closer to an agreement?

Schechter: There is a sector of the Cuban Communist Party that is very concerned about President Barack Obama’s opening. They think that sanctions and America’s enmity has served them well as a crutch for everything that’s wrong in Cuba.

You would have thought that the first round of talks in Havana would have gone splendidly but they didn’t. They were tough. They were difficult.

The United States wants to do a lot of things very fast. The Cubans want to do everything very slow. So the talks were tough and I think that toughness will continue to exist in this next round of talks, but I also think that the Cubans see that their one lifeline is the oil that they get from Venezuela, and that is in a precarious situation. I think that they have an incentive to go slow, but to get it done.

Marczak: I think the first round of talks in Havana did not go splendidly, but I didn’t expect them to go splendidly. We have had over five decades of our current policy and you can’t just flip the switch and decide all of a sudden we’re going to have this rapprochement with Cuba, we’re all going to get along, we’re going to have amicable talks, and we’re going to figure things out like partners. No, we’re not. There is deep-seated mistrust on the Cuban side as well as on the US side.

These talks are going to be very difficult. The fact that the first round of talks was difficult was to be expected because this is the first time they have sat down together. They probably could have gone a lot worse than they did. No one walked out from the meeting, they agreed to have a follow-up meeting and they’re going to get that in.

These talks are going as well as can be expected, given the decades of tension between the two countries.

There are some major issues to work out. Obviously the US is not going to give in to the Cuban demand that we restrict whom our diplomatic personnel visit when in Cuba. The US is never going to Cuba’s desire that we not visit with dissidents. The US will only establish an embassy if it has full ability to meet with whomever we want in Cuba.

There are some very technical, difficult issues like mail pouches, how they can ensure that mail comes in without being reviewed by the Cubans; they will need to do some necessary upgrades to the interests section for turning it into an embassy; they will need to make sure that just like anywhere else any infrastructure that we deport for the purpose of repairing the embassy is not inspected by the Cubans. There are a lot of technical issues that need to be worked out.

We only have six weeks before the Summit of the Americas, so there is a lot of pressure, but more pressure on the American side than the Cuban side, to really advance in the talks this week.

The Cubans don’t really care if we have an embassy open before the Summit. It is really the Americans that see this key mid-April gathering of the Summit as an important opportunity to come before all the heads of state and say, “Look at what we have accomplished thus far.”

For the Cubans, it only benefits them, especially in an international setting, to use the US as a punching bag. So the quicker things are moved forward with the Cubans the less that they can do that.

Q: Is opposition in Congress, especially from the Republicans who control both the House and the Senate, to the thaw with Cuba a factor in Havana’s approach to this new policy? Outside Congress, you’ve also had Jeb Bush call the new Cuba policy “the wrong thing to do.”

The interesting thing is the same people whom you could have assumed would have been against any type of change in Cuba policy two years ago are the same people who are talking now. So even though Cuba has now become a national issue, not an issue among a select group of lawmakers, that hasn’t broadened the number of people who oppose what we are doing in Cuba.

You could have talked to Jeb Bush two years ago and he would have said the same thing. The only people who oppose it are people like [House Speaker] John Boehner and [Senate Majority Leader] Mitch McConnell, but the only reason they oppose it is they would oppose the way the president ties his shoes!

I don’t think the Cubans are really looking to [Florida Senator] Marco Rubio for their signaling on how they should be negotiating with the United States.

Q: What are the prospects of the bills in Congress to lift the US embargo and travel ban on Cuba?

I don’t think that, as we head toward a presidential election it is possible to remove the full sanctions program in the next sixteen months. On the other hand, I do think it’s possible to have a discussion, debate, and possibly a vote, and possibly a positive vote on removing the travel ban. The reason I say that isn’t because I think that there are a bunch of Republicans who are dying to get on the first plane to Havana, but because it is a fundamentally libertarian issue. Not restricting Americans from travelling wherever they please is something that is really deep in the Republican psyche. A lot of members of Congress think it is totally absurd that we would allow basketball players to travel to North Korea, but we don’t allow my family to travel to Cuba. The absurdity of that is not lost on Republicans.

Image: US Assistant Secretary of State for Western Hemisphere Affairs, Roberta Jacobson, in a message posted on Twitter on February 23 expressed concern about the “violent silencing of peaceful voices for change in Cuba." Jacobson will lead a US delegation in a second round of talks with Cuban negotiators led by the top diplomat for US affairs, Josefina Vidal, in Washington on February 27. The two sides will discuss re-establishing diplomatic relations between the US and Cuba. (REUTERS/Enrique De La Osa)