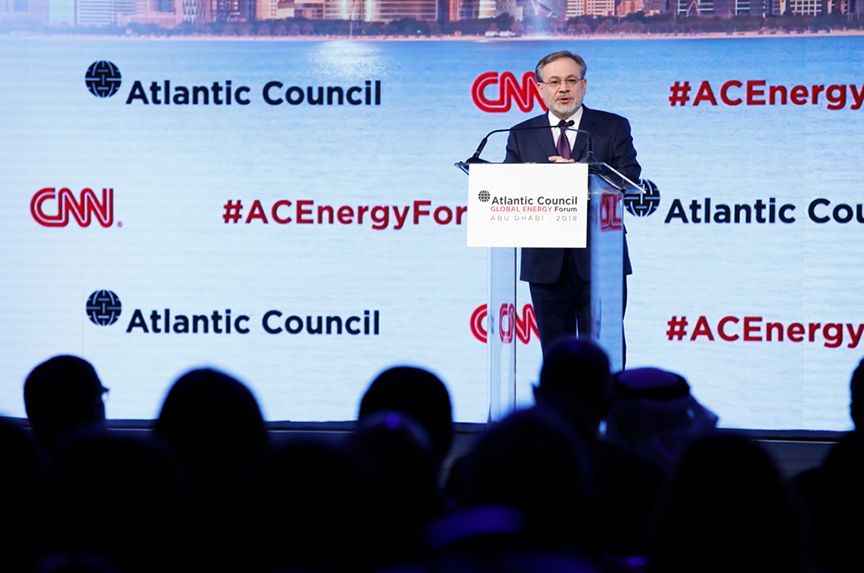 US Deputy Secretary of Energy, Dan Brouillette, on January 13 lashed out at what he described as the “war on coal” in the United States which, he said, had thwarted the construction of clean power plants, discouraged investments in new mining operations, and, as a result, put the nation at risk.

Noting that coal and nuclear account for more than half of the total grid energy in the United States, Brouillette said: “When a crisis strikes our grid these two fuels are some of the most reliable that we have. They are available 24×7 to keep the lights on and disaster away.”

“So, clearly, fewer coal and nuclear plants mean that the lights will go out and stay out when we face our next emergency. From the functioning of our hospitals to the maintenance of our military assets, the results could be catastrophic,” he warned.

Past US leaders and policymakers, he said, had imposed price controls on oil and gas that led to production declines and artificial shortages. Furthermore, he said, “in the name of protecting the environment, they played energy favorites—subsidizing some sources while burying coal and nuclear under an avalanche of regulation.”

“They chose to regulate rather than innovate their way out of America’s energy dilemmas,” he said. US President Donald J. Trump’s determination to include coal and nuclear in his “all-of-the-above strategy” will help reduce the risk posed by past policies, he added.

Trump, Brouillette pointed out, has signed off on the construction of several new energy pipelines, halted “draconian” oil and gas regulations, signed legislation repealing the rule that hindered coal development, and is working to reinvigorate the nuclear energy sector.

Early in January, the Republican-controlled Federal Energy Regulatory Commission (FERC) dealt a setback to Trump’s plans to boost the coal industry when it rejected the administration’s goal of bolstering coal-fired and nuclear power plants.

FERC also noted in its decision that despite claims by the Trump administration to the contrary, there is no evidence that any past or planned shutdowns of coal-fired power plants posed a threat to the nation’s electric grid.

While Brouillette did not address FERC’s decision in his remarks on January 13, in a panel discussion at the Global Energy Forum on January 12 he said he did not view the decision as a setback. As a matter of fact, he said, FERC had pledged to conduct its own review of grid resiliency.

Brouillette, meanwhile, cited a report produced last year by the Department of Energy on America’s grid and its power supplies that he said found “coal and nuclear power plants were being retired at a disturbing rate.”

The US energy revolution

The United States has become a leading global energy exporter as a result of an energy revolution in the country. This has turned the domestic energy paradigm on its head and caused ripple effects in international oil and gas markets as well as in the security paradigms of this century, said Jones.

Brouillette recalled the Unites States’ remarkable journey to becoming a global energy player and said it was now on its way to achieving what Trump describes as energy dominance.

“Why is America suddenly emerging as an energy player beyond its borders? The reason is this: after a long drawn out battle between innovation and regulation in my country, innovation is finally winning,” he said.

Innovation has spurred a technology revolution which has led to an “astonishing renaissance” in American energy, he added.

Brouillette rejected the notion that a nation can only benefit at another nation’s expense. “So, when you do business with America on energy know that we will use our energy resources to advance our shared aspirations and goals,” he told the audience that included global energy policymakers.

The most important lesson to be learned from the United States’ experience is: “for any nation that seeks to produce energy cleaner, more abundantly, more affordably, more efficiently, and in more diverse forms, it must allow innovation to work its magic,” he said.

There is one critical piece of the energy puzzle necessary for any nation to achieve energy security, he added. “That final piece is reliability.”

Image: Past US leaders and policymakers “chose to regulate rather than innovate their way out of America’s energy dilemmas,” US Deputy Secretary of Energy, Dan Brouillette, said at the Atlantic Council’s Global Energy Forum in Abu Dhabi on January 13. (Light House Studio)