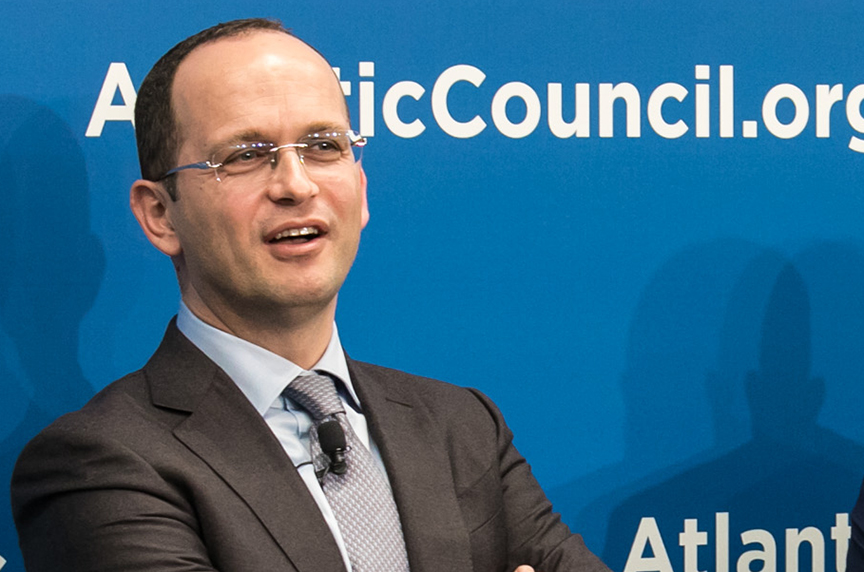 It is critical for the United States to deepen its engagement in the Balkans—a region that faces threats from terrorists as well as Russia, Albanian Foreign Minister Ditmir Bushati said in Washington on March 21.

In February, Albanian Prime Minister Edi Rama warned that the Balkan peninsula is in danger of slipping under the influence of Russia if it is ignored by the new administration of US President Donald Trump.

Bushati conceded in an interview with the New Atlanticist that the region faces “some security challenges.” Russia, for example, is trying hard to prevent Balkan states from joining the European Union (EU) and NATO, he said. “When we speak of the Euroatlantic path and the EU accession process, we should take into account the reform process,” he added.

Bushati said the Democratic Party is hindering Albania’s EU accession process. “It is quite paradoxical to see a political party that has positioned itself against the wind and against the will of Albanians,” he said.

The minister urged the United States and the EU to deepen their engagement with Albania. This engagement, he said, should be more sharply focused on three areas—security sector reform, judicial reform, and economic development.

Support for the EU has waned in some of its member states where anti-EU politicians have been buoyed by a wave of populism. In the United Kingdom, for example, British Prime Minister Theresa May is expected on March 29 to trigger the process of taking her country out of the EU.

Nevertheless, support for the EU remains high in Albania.

“The EU is seen as a pole of attraction in European countries that are in the process of joining the European Union,” said Bushati. In Albania’s case, he added, “it is seen as an incentive to develop our economy, to transform our society, to modernize the way institutions and public life is working.”

“Of course, it is mutually beneficial,” he added. “It is beneficial for the European Union because we are speaking about extending the leverage and stability [of the EU] in the entire continent.”

Ditmir Bushati spoke in an interview with the New Atlanticist’s Ashish Kumar Sen. Here are excerpts from our interview.

Q: Prime Minister Rama recently warned that there is a danger of the Balkans slipping under Russian influence if the region is ignored by the Trump administration. Do you agree?

Bushati: The region is facing some security challenges. One is related to countering violent extremism and radicalization, and the other one is related to the disruptive attitude of Russia or other third actors in the EU accession and Euroatlantic path of our region. When we speak of the Euroatlantic path and the EU accession process, we should take into account the reform process.

We are used to an American presence in our region. The Western Balkans, or the Balkans in general, were considered a success story of US foreign policy. Thanks to this US foreign policy coupled with actions from the European Union the Balkans are in a better shape than before. But we are in search of a compelling narrative for our citizens that will ensure the economic development and modernization of our societies and, therefore, also the EU accession process.

Q: Are the United States and the EU sufficiently focused on the Balkans? What more should they be doing?

Bushati: There are three baskets or pots where the US and the EU should be more focused. The first pot is related strictly to security issues—the transformation process of security forces, police, army, intelligence service. My country is a case in point where we have done these processes in close consultation with the US and we joined NATO in 2009. There are also other countries that have gone through the same transformation path, but the process is not yet complete in all Balkan countries.

The second pot is related to the rule of law reforms. Justice, organized crime, corruption, fundamental rights, those are areas where we need to cooperate more with the US and the EU. For instance, in the last two years, Albania has been involved in an unprecedented, deep, thorough justice reform according to which all judges and prosecutors will be vetted. There will be a vetting of their moral and professional integrity, but also of their wealth. We are sure that these reforms will have an immense impact on the daily lives of citizens, attract more investments, and increase the credibility of the judicial institutions and the rule of law in general.

And the third pot, as a consequence of the first and second, is economic development. We need to bridge the existing gap between the Western Balkans and the average of EU member states. We need to bring more investments into the country, but we need, at the same time, to implement reforms stemming from pots one and two.

I see these three pots as interlinked and the role of the US and the EU as decisive in this process.

Q: At a time when there is dissatisfaction with the EU across Europe, how do you explain the support for EU membership among your public?

Bushati: The EU is seen as a pole of attraction in European countries that are in the process of joining the European Union. In our case, it is seen as an incentive to develop our economy, to transform our society, to modernize the way institutions and public life is working. That’s why the EU accession process or European integration is seen as a process in our societies.

Of course, it is mutually beneficial. It is beneficial for the European Union because we are speaking about extending the leverage and stability [of the EU] in the entire continent.

Q: President Trump has stated his intention to improve ties with Russia. Under what conditions would you say a US-Russia reset should be pursued?

Bushati: Improving relations between powers could always bring positive results for other nations as well. I am sure that the reset or improvement of relations between the US and Russia would not happen beyond some red lines for US foreign policy.

Q: Are you concerned that the Trump administration may be too lenient with Russia and how is this perception playing out in your neighborhood?

Bushati: We haven’t seen any action in this direction. So far, the messages coming from the new administration have been quite clear on strengthening NATO, on spending more for NATO, on being more active on issues related to the European security architecture. We have been quite reassured [by the Trump administration’s statements] on the fight against terrorism and countering violent extremism. But we need to see how these policies will be implemented in the near future.

Q: What impact have the opposition Democratic Party-led protests had on Albania’s EU accession prospects? Is the Democratic Party obstructing the vetting of judges—a key condition set by the EU for starting accession talks?

Bushati: Unfortunately, the opposition is hindering the EU accession process of Albania as the implementation of the vetting law is the key condition to start accession negotiations. It is quite paradoxical to see a political party that has positioned itself against the wind and against the will of Albanians. The implementation of the vetting law will have positive consequences for the state of rule of law-related reforms and will also increase Albanians’ confidence in their institutions.

Image: “The EU is seen as a pole of attraction in European countries that are in the process of joining the European Union,” Albanian Foreign Minister Ditmir Bushati said in an interview at the Atlantic Council in Washington on March 21. (ImageLinkPhoto.com/Dennis Kan)