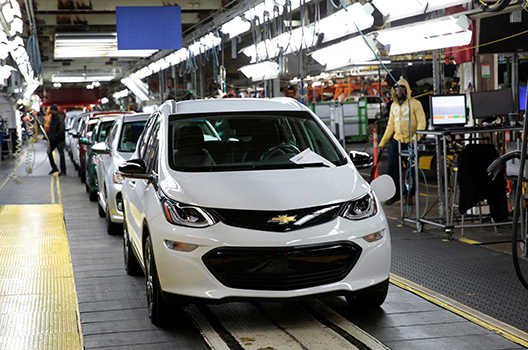 Here’s what you need to know ahead of that meeting.

How much trade does the United States do with the European Union?

The EU was the United States’ largest export partner in 2016, accounting for 18.6 percent of all US exports. The top export categories to the EU included aircraft, machinery, pharmaceuticals, optic and medical instruments, and electrical machinery. The United States also exported more than $11.5 billion in agricultural products to Europe in 2016.

What does this mean for US jobs?

The US Department of Commerce estimated that trade with the EU supported 2.6 million jobs in the United States.

Doesn’t the United States have a trade deficit with the EU?

How about trade in services?

What are the current tariffs in place for US products entering the EU?

Despite the attention surrounding tariffs, both the EU and the United States impose few customs duties on products entering their countries. According to a 2016 factsheet prepared by the European Commission, more than half of EU-US trade is not covered by tariffs on either side. The average tariff on either a US or a European good is 2 percent.

There are several high-profile exceptions, however. As Trump has highlighted, US cars and car parts are subject to a 10 percent EU tariff, while there is a 2.5 percent tax on European cars entering the United States. Experts note, however, that the tendency to ship European auto parts to US assembly plants means that only a small fraction of US car imports are actually subject to the EU tariff.

What started the current trade tension?

On March 1, Trump announced his intention to introduce new tariffs—25 percent on steel and 10 percent on aluminum—in an effort to bolster domestic production of both products. It remained unclear whether the EU, Canada, or Mexico would be subject to these new tariffs, but the president confirmed on May 31 that they would.

How did the EU respond?

And what did Trump do?

Trump responded on June 22 to these countermeasures by threatening to raise the United States’ 2.5 percent tariff on European automobiles to 20 percent. These threats reportedly caused the European Commission to send a letter to the US Department of Commerce, informing it that the EU was preparing more than $300 billion in additional tariffs if the United States raised its automobile tariffs.