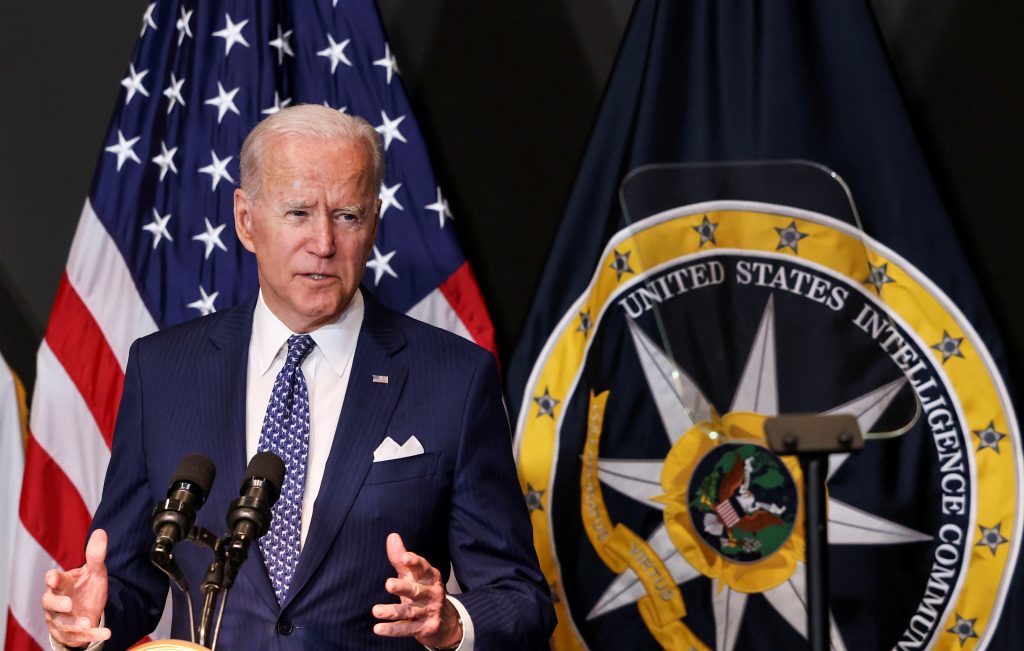 Reacting to the fall of Kabul earlier this month, President Joe Biden reassured Americans that US forces would continue neutralizing any threats from terrorist groups such as al-Qaeda and ISIS-K in Afghanistan. The key? Long-range intelligence collection, dubbed “over-the-horizon” intelligence, which the administration believes will be effective enough to keep tabs on terror groups and prevent attacks against the United States and its allies.

The administration’s vision includes a heavy reliance on satellite imagery, communications tracking, and second-hand information from foreign intelligence services and militaries such as Pakistan’s Inter-Services Intelligence (ISI). Meeting with the Afghan diaspora abroad—those associated with the fallen government, business leaders, and opposition activists in the Middle East and Europe—would be the only viable means to understand what is happening on the ground in various parts of the country.

This is why the efficacy of Biden’s over-the-horizon approach is overestimated. At its core, intelligence is about people: how government officials and low-level fighters alike react to the instructions they receive, or how different factions within a country or government vie for power and influence. A reliance on over-the-horizon collection methods will ultimately mean a focus on technology-enabled collection in an underdeveloped country with difficult terrain and significant cultural limitations.

Even when the United States had good access through interlocutors and on-the-ground intelligence assets, cobbling together information on these groups was a constant challenge. Intelligence collection is difficult and time consuming, requiring significant long-term investment. Now, with the absence of analysts on the ground, Washington will face a significantly tougher challenge in maintaining relationships that led to years of productive intelligence collection and results-driven operations.

Long before the conflict in Afghanistan, the US military and intelligence community built robust collection networks based on person-to-person relationships out of necessity—which is why human intelligence (HUMINT) became the primary form of intelligence over the last twenty years. For the Central Intelligence Agency, relationships maintained from the 1980s enabled the quick ramp-up of special operations activities in late 2001 and early 2002.

Outside cities like Kabul, Herat, or Mazar-i-Sharif, intelligence officers and military personnel often needed months and even years of interactions with government officials, tribal and religious leaders, civil society, media outlets, and ordinary citizens to build sufficient trust before they were given information on Taliban activities, foreign fighters, and other topics of intelligence interest. Frequently, an Afghan source would only share details with an American they trusted based on a personal connection built over time and, quite literally, cups of tea.

It was all about in-person relationships—something which Zoom or other video call platforms simply can’t replace.

Apart from serving as an end in itself, HUMINT also often triggered the activities of other intelligence disciplines in Afghanistan. For example, a source would provide information on an upcoming al-Qaeda or Taliban event, such as a suicide bombing against a coalition or Afghan military base. Analysts would then coordinate to obtain imagery intelligence (IMINT) to determine if there was any new observable movement by the threat in question. Rather than looking for the proverbial needle in the haystack, the IMINT community knew exactly where to look and what to look for.

A similar truth holds for signals intelligence (SIGINT) collection, in which HUMINT would act as both a tipper and a confirmation of intelligence collected. For example, a source meeting may reveal new information on communications tactics used by the Taliban and others. The chatter picked up could then be validated by HUMINT sources—who could also provide context on what that chatter may mean.

Going forward, analysts in the IMINT and SIGINT worlds will need to spend great deal of time trolling for useful nuggets of information, rather than focusing on specific locations and persons of interest already singled out by reliable tips. Ultimately, this will lead to missed indicators for attacks, a lack of real understanding of plans and intentions, and higher risks for any military operations that are conducted in Afghanistan.

Boots on the ground

For the intelligence community, access to an embassy is also paramount. Aside from the US State Department’s work mapping key players within the country to understand their goals, intelligence officers need secure office spaces and the ability to easily deconflict with other American interests in country. Additionally, the general clout of working out of an embassy provides credibility as a representative of the US government along with access to a wide range of key players inside the country.

The closing of the US embassy in Kabul, and of various military bases out of which intelligence officers were working, removes the possibility of delivering on all three of these needs.

Moreover, although the United States has relied on various partners to carry out its mission in Afghanistan, the reality is that neighboring countries are unfit to host US intelligence-collectors. Pakistan, for example, has long been disinclined to assist US intelligence efforts—as highlighted by its unwillingness to contain the Peshawar-based Haqqani Network and its apparent safeguarding of Osama bin Laden. Similarly, Iran is highly unlikely to welcome US officers to conduct HUMINT or SIGINT collection on their turf, despite any concerns they might have over a mass wave of Afghan refugees spilling over the border.

Uzbekistan and Turkmenistan may be more open to hosting officers, but smaller numbers of Afghans fleeing to these countries compared to Pakistan and Iran means a smaller pool of potential HUMIT sources with access to actionable information. Additionally, the US diplomatic presence in each country is far smaller than it was in Kabul or currently is in Islamabad and other locations around Pakistan. From a HUMINT perspective, routine border crossings by sources into or out of any of these countries becomes a security and counterintelligence concern because sources may come under scrutiny by Taliban or other border agents, police, or consular officers providing visas.

For some Afghans, any record in their passport of international travel may be suspicious enough to land them in detention, under harsh interrogation, or branded “a spy.” In some cases, the intelligence provided by a source may be significant enough to take the risks—but these instances will be few and far between.

The recent US drone strikes against ISIS-K targets in Kabul and Nangarhar province may be a hint of what is to come. Traditionally, such strikes would be followed by public details about those targeted and the impact of their removal on the overall threat to US forces.

But not this time: Instead, the identities of the targets were likely unknown and their precise level of threat against US military personnel at the Kabul airport less than certain. This suggests a lower quality of intelligence, perhaps based on residual HUMINT but likely derived primarily from SIGINT.

With the US withdrawal now complete, the volume of reporting from human sources which is shared across the network of intelligence and security professionals will dry up—and quickly. In simple terms, that may mean less effective action against potential threats.

The most efficient way of understanding the dynamics in a country, as well as being positioned to recruit, handle, and task sources, is to be physically present on the ground. For HUMINT professionals, nothing replaces the time spent building a relationship with a source that leads to intelligence that informs US policymakers; provides the military with insight on enemy locations, plans, intentions, and capabilities; and creates the ability to quickly redirect a source to new areas of interest.

HUMINT is not infallible. But in a place like Afghanistan, where society still revolves around person-to-person communications rather than traditional or social media, it is vital to understanding what is happening and where. Without a physical presence, the intelligence community will not be able to capture the full story—a risk that, if left unaddressed, could reach far beyond the region.

Jennifer Counter is a nonresident senior fellow in the Forward Defense practice of the Atlantic Council’s Scowcroft Center for Strategy and Security and currently a vice president at Orbis Operations. She served as a US Air Force intelligence officer from 2001 to 2005 and served in the State Department’s Regional Affairs Office until 2015.

What does it say about our system of government that hard truths are not absorbed? This year’s Annual Threat Assessment and Global Trends 2040 are blunt about the challenges facing the United States. But the warnings about China should have been heeded a decade or more ago.

Image: President Joe Biden speaks at the Office of the Director of National Intelligence in McLean, VA, on July 27, 2021. Photo via REUTERS/Evelyn Hockstein.