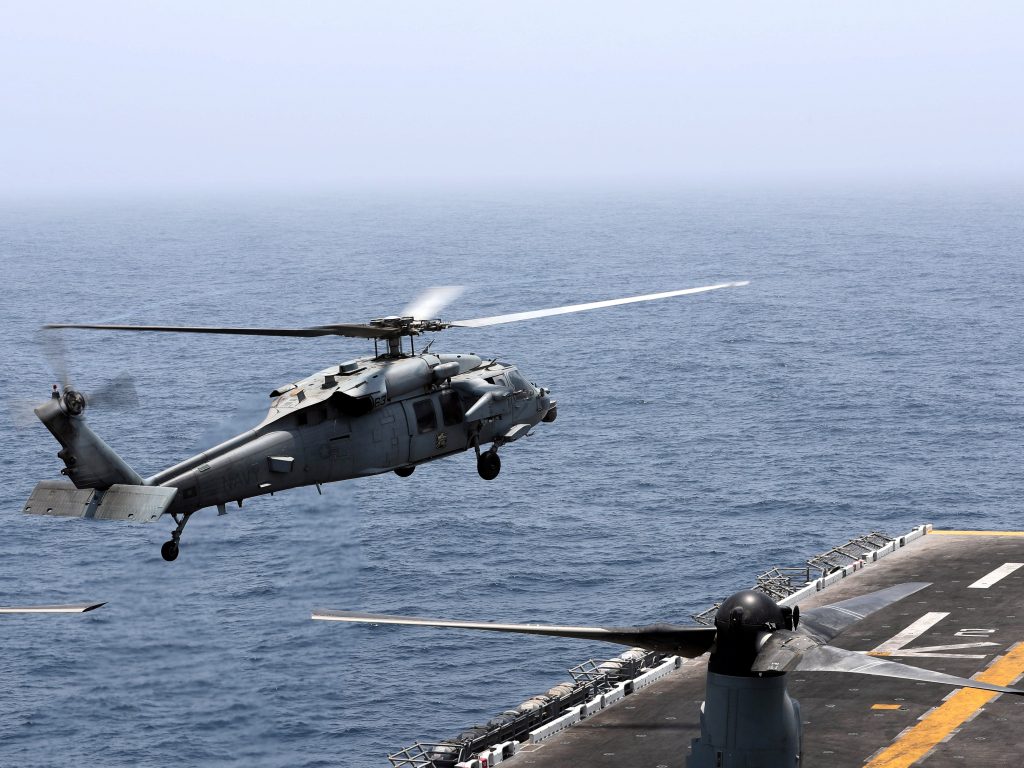 The United States claims a US navy vessel destroyed an Iranian drone on July 18, continuing the escalatory spiral between Iran and the United States in the Persian Gulf.

US President Donald J. Trump announced before a press conference with Dutch Prime Minister Mark Rutte that the USS Boxer “took defensive action against an Iranian drone,” which had come within 1,000 yards of the US ship. Trump said the drone ignored “multiple calls to stand down and was threatening the safety of the ship and the ship’s crew,” before it was “immediately destroyed.” According to CNN Pentagon correspondent Barbara Starr, the drone was “brought down by electronic warfare jamming.”

Abbas Araghchi, Iran’s deputy foreign minister, denied the drone was Iranian, suggesting that “the USS Boxer has shot down their own [drone] by mistake!” Barbara Slavin, director of the Atlantic Council’s Future of Iran Initiative, explained that “whatever the truth, the claims and counter-claims dramatize the rising tensions in the narrow waters of the Strait of Hormuz and Persian Gulf.”

There have been multiple incidents between Iran and the United States and its allies since Iranian officials announced in May that they would reduce their compliance with the terms of the 2015 nuclear agreement—known as the Joint Comprehensive Plan of Action (JCPOA)—following the United States’ withdrawal from the pact in 2018. Slavin argued that “the tensions are the direct result of the US decision to unilaterally quit the Iranian nuclear deal and impose an embargo on the sale of Iranian oil—despite the fact that Iran was in full compliance with the agreement.”

The dangerous encounter on July 18 occurred near the Strait of Hormuz, a critical waterway for international trade and energy connecting the Persian Gulf and the Gulf of Oman. Trump described the incident as “the latest of many provocative and hostile actions by Iran against vessels operating in international waters.” In May, oil tankers from Saudi Arabia and the United Arab Emirates (UAE) were sabotaged and a Saudi oil pipeline was attacked by drones, incidents which Washington blamed on Tehran. In June, Japanese and Norwegian oil tankers were also attacked. Nearly one month ago, Iranian forces shot down a US drone which Tehran claimed had entered Iranian airspace. Trump described Tehran’s decision to destroy the drone as a “very big mistake!”

On July 10, Iranian boats attempted to seize a British oil tanker but were warned off by a British navy vessel that had been on patrol protecting ships in the Strait. On July 14, Iran’s Revolutionary Guard Corps claimed that they had seized a “foreign vessel,” which was allegedly attempting to smuggle one million liters of fuel under a Panamanian flag.

William Wechsler, director of the Atlantic Council’s Middle East Programs, argued that these incidents are part of Iran’s “new strategy to respond to the US withdrawal from the JCPOA and the imposition of unilateral sanctions. By raising tensions, they seek to inflict economic pain on Saudi Arabia and the UAE, further divide the United States and Europe, secure partial relief from sanctions, and more generally to force negotiations on their terms.”

Trump defended the USS Boxer’s decision to destroy the Iranian drone on July 18, saying that “the United States reserves the right to defend our personnel, our facilities, and interests.” He advised “all nations to condemn Iran’s attempts to disrupt freedom of navigation and global commerce,” and called on “other nations to protect their ships as they go through the Strait and to work with us in the future.”

Through these incidents in the Strait of Hormuz, Wechsler explained, Tehran is “carefully probing through military action, methodically and incrementally, to discover what level of violence will be implicitly deemed acceptable and what will trigger US retaliation.” He warned, however, that the “danger of this strategy is obvious, as it is easy to imagine war emerging quickly through trial and error—as it almost did last month—especially since neither the Iranian regime nor the US administration truly understands the other’s escalation ladder.”

This danger of slipping into full military conflict means that the United States needs to focus its efforts on a diplomatic solution, Slavin argued. “The United States should appoint a special envoy with a proven track record of dealing successfully with Iran to de-escalate tensions and find a peaceful way forward,” she said.