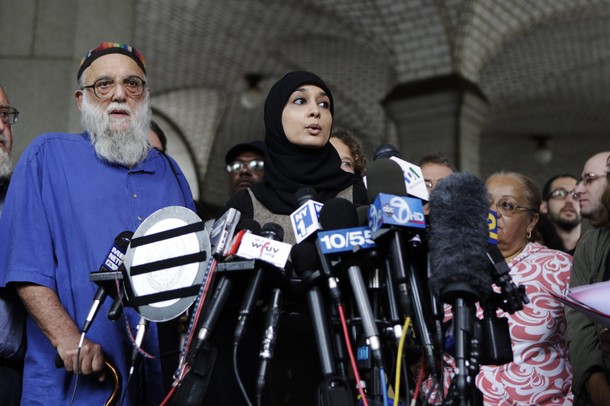 In his 30-year career with the FBI, Oliver "Buck" Revell dealt with all manner of transnational crime and terrorism and held numerous senior positions with the bureau. In mid-1985, he achieved the highest rank in career government service when he became the FBI director’s deputy for counter-terrorism and counterintelligence activities.

All manner of awards and decorations came Revell’s way. He was the go-to expert on all forms of international skulduggery both before and since his retirement where he continues to dispense advice in speeches, on television, in op-eds and as a consultant. So when he e-mailed his worldwide contacts last Friday about a "Subject" that said, "There are no words to describe the evil of the Islam cult," he had this reporter’s undivided attention.

"The Rev. Dr. James Collins," wrote Revell, "is one of the most respected Christian Ministers in the South. We were classmates in high school and in the same Scout Troop where we received the Eagle award at the same time. He is a kind and loving person who has devoted his life to the betterment of mankind. His view of Islam came after years of study and direct involvement in the Holy Land."

Upon reading what the Rev. James Lee Collins, Jr. had to say, a prominent Republican commented privately, "This is going to prolong the ‘long war’ by another generation."

"If you have never studied the history of the murderer Muhammad and the evils of the cult of hatred and death that he began in the 7th century, you cannot fully understand who the Muslims are today," intoned this man of the cloth who, Revell says, "has devoted his life to the betterment of mankind."

"Muslims," Collins’ hate-filled appraisal says, "continue the agenda of world conquest with lies, deception, terrorism, poverty, child molestation, enslavement of women, honor killings and ultimate death to all infidels who do not submit to Islam and the non-existent moon god they call Allah." And this from "one of the most respected Christian Ministers in the South," senior pastor of the Peachtree Christian Church of Atlanta.

The vituperation from a Christian religious leader who seeks the betterment of mankind gets worse: "Islam offers peace to everyone who surrenders their human rights and freedom to Sharia law. Islam provides discrimination, slavery, unjust taxation, imprisonment, and death to all others who reject Muhammad and his moon god. The media and (U.S. President Barack) Obama claim ‘Islam is a peaceful religion.’ This is correct for all who are devout Muslims. Islam is a sentence of death, like Sept. 11, for everyone else. Read the history for yourself and verify this truth."

Collins’ anger against one of the world’s great religions is followed by a series of photos that purport to show an 8-year-old having his arm crushed under a vehicle’s tire for stealing bread. "Pass this on," urges Collins, "let the world know what’s happening in the name of Islam … It must be sent worldwide! Even if this message is sent to you more than once, just keep on passing it on!"

The flip side of the coin of hatred was tossed in Israel by Rabbi Ovadia Yosef, spiritual head of the religious Shas party in Israel’s coalition government and who said in his fiery sermon last week that Palestinians and their president Mahmoud Abbas should "perish from this earth."

Israeli Prime Minister Binyamin Netanyahu quickly distanced himself from the influential, 89-year-old rabbi. Netanyahu, said a statement from his office, is coming to Washington this week to start a new round of peace talks with the goal "of reaching an agreement with the Palestinians that will put an end to the conflict."

"We regret and condemn the inflammatory statements by Rabbi Yosef," said U.S. State Department spokesman P.J. Crowley and "we note the Israeli statement that the rabbi’s comments do not reflect the view of the prime minister."

Crowley didn’t condemn Collins’ statement, presumably because he wasn’t aware of it.

Clearly, Collins isn’t concerned with putting an end to the conflict as he believes, like many fundamental Christians, that the bloodletting will continue till the end of time.

Absent from this attempt to stifle all dialogue is everything from nine crusades (1095-1291) launched by the Christian states of Europe against Saracens (Muslims) that engendered bloodbaths whose estimates range from 9 million to 17 million; the Spanish Inquisition; the burning of witches and heretics by Christians in (Western) Europe to the 19th century.

While a 15-story, $100 million Islamic cultural center and mosque two blocks from Ground Zero in Manhattan meets with Mayor Michael Bloomberg’s approval, as well as the city’s Landmarks Preservation Commission (9 to 0), public opinion polls indicate 52 percent against the project and only 31 percent in favor.

A young man asked a cab driver if he was a Muslim and upon hearing "yes, I am," he thrust a knife through the pay window and attempted to slit his throat.

There is plenty of religious fanaticism that lurks just below the surface. Millions buy in to Collins’ religious convictions.

Bloomberg says: "Our doors are open to everyone — everyone with a dream and willingness to work hard and play by the rules. New York was built by immigrants and is sustained by immigrants, by people from more than 100 different countries speaking more than 200 different languages and professing every faith. And whether your parents were born here or you came here yesterday, you are a New Yorker."

On 9/11, said Bloomberg, 3,000 people were killed "because some murderous fanatics didn’t want us to enjoy the freedom to profess our own faiths, to speak our own minds, to follows our own dreams, and to live our own lives." The most important freedom is to worship as we wish.

Collins’ paranoia sees this freedom torn asunder by murderous imams who brainwash teenagers to blow us up. But he’s wrong to see radicalized fundamentalist Muslims as the majority. They are 10 percent of 1.2 billion. That’s still 120 million. And those willing to undertake suicide missions — about 1 percent, or 1.2 million — still represent a big number.

Arnaud de Borchgrave, a member of the Atlantic Council, is a senior fellow at CSIS and Editor-at-Large at UPI. This article was syndicated by UPI. Photo credit: Reuters.