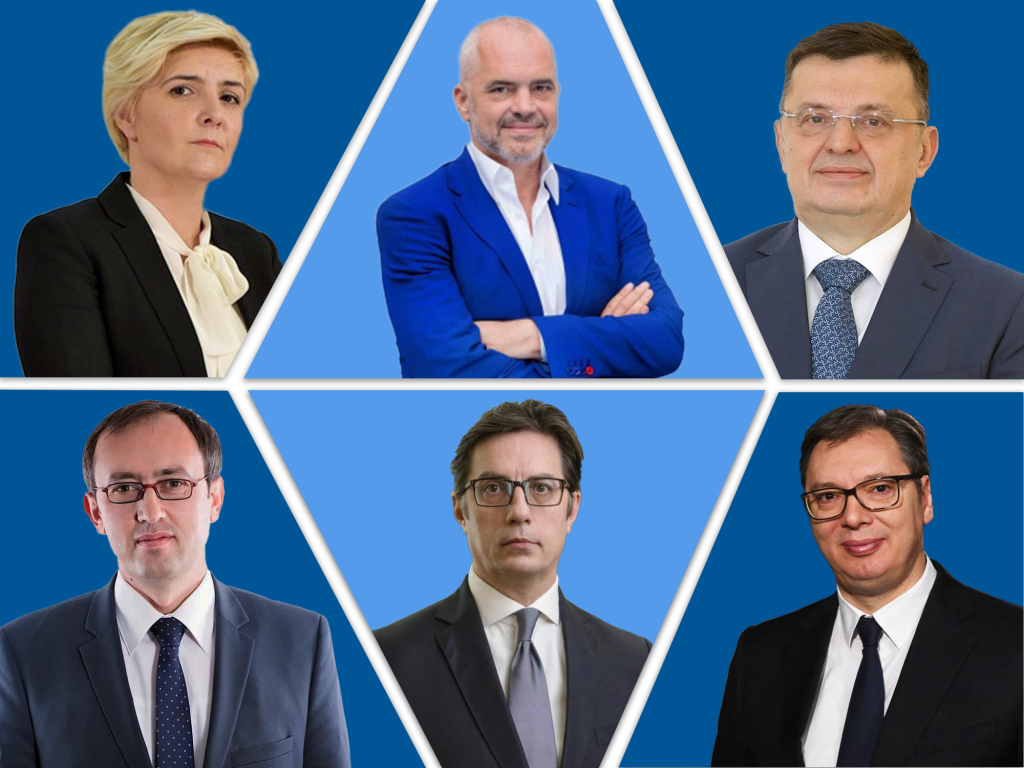 Leaders from the Western Balkans Six—Albania, Bosnia and Herzegovina, Kosovo, North Macedonia, Montenegro, and Serbia—participated in the Western Balkans Partnership Summit on July 29 to take steps to deepen regional economic cooperation and stimulate growth amid the widespread economic downturn caused by the novel coronavirus (COVID-19) pandemic. Convened by the Atlantic Council, the summit provided an opportunity for the Western Balkans Six to adopt measures to stimulate economic recovery, boost the region’s long-term competitiveness, and strengthen its attractiveness for potential investors.

According to Damon Wilson, executive vice president of the Atlantic Council, the leaders agreed to several key measures that will help remove the obstacles to economic cooperation and drive future growth and investment in the region. Wilson highlighted that the leaders are seeking to “implement the European Union’s Four Freedoms of movement, goods, services, capital, and people,” in part by making permanent so-called “green lanes” which were put in place during the initial stages of the coronavirus pandemic to help expedite the transport of essential goods to and between the region, and also seeking to expand the concept to encompass more goods. The leaders’ also placed emphasis on the need to improve infrastructure at border crossings to facilitate these new measures and to “remove barriers to live, study, work, and visit throughout the region, Wilson said.

Many of the leaders saw the long wait times at borders for goods and travelers as a huge impediment to the region’s prospects for growth and competitiveness. “Our trucks wait at internal borders for 26 million hours annually,” Serbian President Aleksandar Vučić explained, arguing that “we can save up to 7 percent of operational costs if we can cut all of these bureaucratic procedures and everything else.” Zoran Tegeltija, chairman of the Council of Ministers of Bosnia and Herzegovina, stressed that these delays also negatively impact tourism, which is a growing sector in much of the region. “We have a situation where somebody from our neighboring countries or EU countries need several hours to come to Bosnia and Herzegovina to have their vacation,” he explained.

Stevo Pendarovski, president of North Macedonia, highlighted Skopje’s recent agreement with neighboring Greece as an example of how a focus on removing these economic barriers can help drive growth and trade. Through the 2018 Prespa agreement, he explained “North Macedonia and Greece agreed to institutionalize a structured dialogue regarding among other issues border procedures, bureaucratic impediments, and free flow of goods, services, people, and capital,” that mirrors what the Western Balkans Six have discussed. He noted that in the period after the Prespa Agreement was signed there was a “clear increase in the trade between Greece and North Macedonia and also between Greece and the rest of the European Union market but going through our land.”

As governments and international organizations are committing new funds to help economies weather the storm of COVID-19, the leaders also discussed identifying “a substantial set of shovel-ready investment projects so recovery funds and future investment can be deployed swiftly and effectively,” Wilson explained. These projects could help unlock latent economic potential in the region, as Avdullah Hoti, prime minister of Kosovo, noted that “we still do not have full infrastructure links.” The summit’s conclusions demonstrate, however, that “there is a full willingness among all leaders of the region to work together to try to remove these [economic] barriers immediately and to engage in large scale projects that would link our capitals,” Hoti added. In addition to the Western Balkans Six, the summit also included representatives from European governments, the European Union, and the US administration.

While the measures to speed up border crossings and invest in infrastructure may seem small in a region that is still plagued by deep political divisions, Prime Minister of Albania Edi Rama argued that “the series of small things, the steps one by one that we have envisaged as part of this big dream of regional development through peace and cooperation are crucial and are more crucial now than they were before the pandemic.” Indeed, Wilson admitted that “the region was already facing headwinds before this historic pandemic hit,” and noted that the European Bank for Reconstruction and Development identified the Western Balkans as one of the regions that could be the hardest hit economically by the crisis. “Demanding times demand bold action,” he argued, but added that the Summit’s deliberations prove that “the leaders recognize that working together is part of the answer and that is significant.”

The July 29 Western Balkans Partnership Summit will also build momentum for the next summit of the Berlin Process to be held in the fall in Sofia, Bulgaria. The Berlin Process aims to help facilitate the accession progress of the Western Balkans to the European Union. Dragica Sekulić, minister of economy for Montenegro, stressed the “importance that all the regional initiatives are brought into mutual harmony and that in each of them we recognize a chance for further progress to achieve the standards required for full membership in the Union and accession to the EU single market.” She added that the region should aim to build cooperation that “will speed up the EU accession process for each of us based on the individual merits.”

As the Western Balkans Six look to transform their region and join the European Union, the initial small steps to unlock their common economic potential could not only help mitigate the short term effects of the current coronavirus crisis, but advance them down the path of full European integration.

Read the Chair’s Conclusions from the Summit