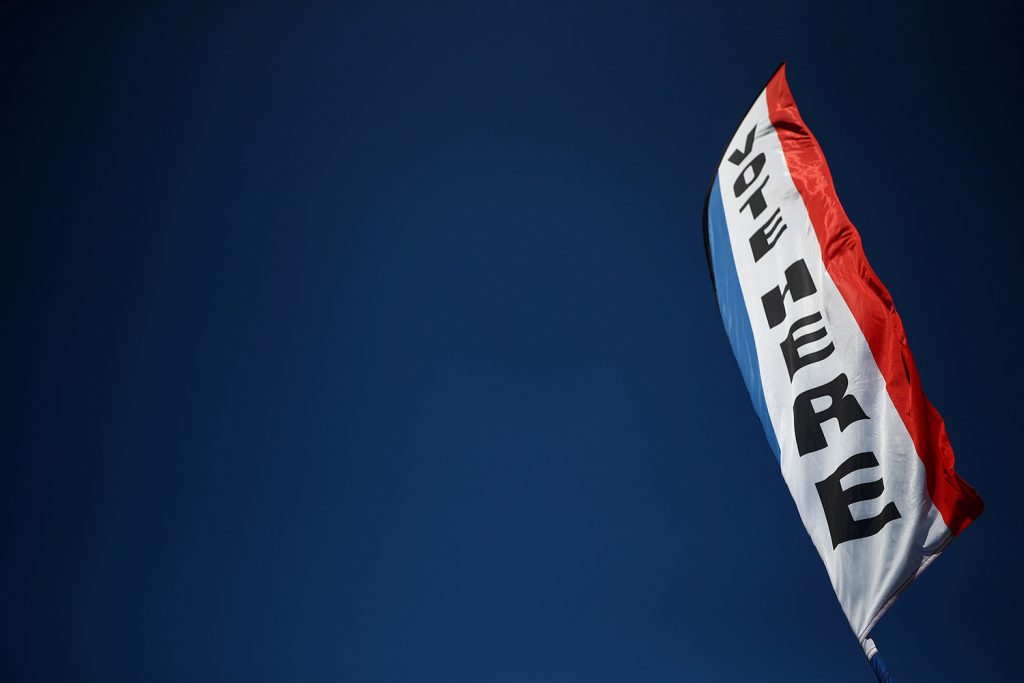 While we don’t yet know the big winner of the presidential election, we already know a big loser: America’s global standing.

Rather than provide an opportunity to “bind up the nation’s wounds” once again, the election has instead clearly confirmed the deep divisions in American society by class, region, race, gender, religion, and culture. No matter who wins the presidency, the result will likely be a nation increasingly focused inward on the implications of these divisions, particularly if the results are not confirmed for some time and conclude in a way that is perceived by many to be illegitimate. This is well-appreciated abroad, by allies and adversaries alike.

The election may also prove to be a victory for divided government in Washington, though one that is increasingly better characterized as dysfunctional, hyper-partisan government. Unfortunately, the degree of dysfunction seems be directly proportional to the strategic importance of the policy matter at hand. Former Senator Arthur Vandenberg’s adage that “politics stops at the water’s edge,” which once defined debate in Washington over matters of foreign policy, is almost entirely irrelevant today. This is also well-appreciated overseas.

For some foreign observers, especially many policymakers in Europe, America’s moral leadership has suffered a serious blow. These officials saw the Trump presidency as being incompatible with what they knew and admired about American values and the liberal world order that the United States created. Over time and through reflection on their own domestic experiences, they came to rationalize that such anomalies sometimes emerge in democratic systems. They thus anticipated a clear repudiation of the 2016 presidential election result and a return to what they saw as normalcy. But they will not be able to explain away the fact that millions of Americans voted the same way a second time, denying any such repudiation. Even if Vice President Joe Biden eventually emerges victorious, these foreign policymakers are likely to rethink some of their fundamental assumptions about the United States going forward. At the same time, those in Washington who advocate a values-based approach to US foreign policy will similarly have to reassess whether their own values indeed still reflect the nation’s—or indeed how much they ever did.

Other foreign leaders based their relationship with the United States less on common values than on common interests, and have generally been more positively inclined toward the Trump administration.  These leaders, many of whom are from countries with more authoritarian traditions, have long depended on the United States as their primary security partner. Over the last decade or so, however, they have largely concluded that the United States has begun a slow process of withdrawal from its traditional global and regional leadership roles, and they have seen other international actors aggressively move into the vacuums that have been created by this widespread perception. Nothing that transpired during the 2020 election has dissuaded them from these conclusions. Indeed, they are likely to conclude that this withdrawal process will be accelerated by America’s divisions and dysfunctions.

For people around the world who fight for democracy and human rights, who “yearn to breathe free” and who still saw America as the proverbial “city on a hill,” this election can be nothing but deeply disillusioning. Four years ago, the greatest threat to our ability to hold a free and fair election was external—in the form of foreign disinformation campaigns. This year the fault was in ourselves, as was plainly evident to the world. Too many Americans, including far too many in official positions of power, including the president himself, encouraged political violence, voter intimidation, and voter suppression. The dysfunction in Washington has effectively prevented any bipartisan solutions to these trends, and the election suggests that no such solutions will be found anytime soon. Both those abroad who risk their lives to demand freedom and those who take others’ lives to prevent it are undoubtedly paying close attention.

The outcome of the US presidential election in November will reverberate throughout the world. It will have a direct impact on US allies and partners, as well as structural implications for the global system. Will the United States continue to play its post-World War II international leadership role? Or will Washington continue its steady retreat from international commitments?

Image: A 'vote here' sign is seen outside a voting station on the day of the 2020 U.S. presidential election in Arlington, Virginia, U.S., November 3, 2020. REUTERS/Hannah McKay