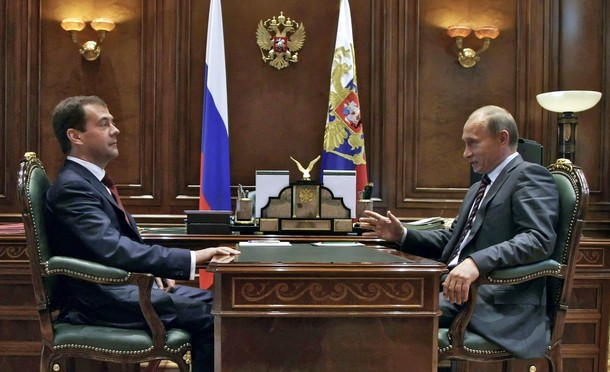 22 June, 2011. At 0315 hours seventy years ago to the day Axis powers attacked the Soviet Union. Some 4.5 million Axis soldiers attacked the Red Army on a 2900km (1800 miles) long front. Adolf Hitler said, “we have only to kick in the door and the whole rotten structure will come crashing down’. Less than four years later Hitler was dead and the Soviet flag flew atop the Reichstag in Berlin. Twenty-three million Russians had paid the price for Hitler’s aggression, and Stalin’s defence.

Not surprisingly, Russia and Russians still live daily the tragedy of 1941-1945. Those in the West who forget that are guilty of an injustice to the Russian people. The past can never truly be the past for Russians. But time is passing, Europe and the world are changing, and yet so much of Russian foreign and security policy still seems to be defined by a view of the West that is patently misplaced and outdated. Seventy years on from that terrible day, what does Russia want?

Scroll forward sixty nine years to two events last year that for me seem to typify the contradiction that Russia remains. The first was the November meeting in Lisbon between President Medvedev and Secretary-General Rasmussen on the occasion of the launch of the 2010 NATO Strategic Concept. The talk was of renewing the strategic partnership and possibly even a shared missile defence system. The joint fight against terrorism, drug trafficking, piracy-related issues, nuclear proliferation, and weapons of mass destruction was also re-affirmed. All well and good.

A couple of months prior I had been standing in Hangar 4 of Royal Air Force Kinloss in Scotland listening to the announcement by Assistant Commander-in-Chief Air Operations that Britain’s brand new anti-submarine/maritime patrol aircraft was to be scrapped and the base closed. As he spoke one of the RAF aircrew told me an ancient US P-3 Orion aircraft that happened to be at Kinloss because it had broken down was taking off to look for two Russian nuclear hunter-killer aircraft that were trying to penetrate British water space.

It was like being back in a Cold War John Le Carre novel and I was struck by the utterly contradictory nature of Russia’s attitude and behaviour towards the West. But this is not the only example of such behaviour. Russia regularly sends equally ancient Tu-95 bombers (‘Bears’ in NATO –speak) to test Britain’s twenty-first century air defences.

Now, I am not for a minute going to suggest the West (such as it is these days) is perfect. Big mistakes have been made in the past, especially over the past ten years. It has been a difficult time. But Russia seems to regard so much the West does that is either legitimate or simply incompetent as anti-Russian. Why?

Winston Churchill once described Russia as a riddle wrapped in a mystery inside an enigma. With the best will in the world nothing over the intervening years has done much to dispel that notion. Indeed, if anything Russia’s interests today would appear to be ever more at variance with Russian policy, even taking into account the ‘Russian-ness’ of Moscow’s strategic perspective.

The West offers Russia the one stable border it has across six time zones. The West is by far Russia’s most important trading partner. Russia is completely plugged into Europe’s energy supply chain (dependence works two ways) and yet Russia is still playing Cold War games.

Furthermore, it is not the West that is putting pressure on Russia’s Far East. And yet, too often Moscow seems to define its ‘greatness’ by defying the West. Surely Russia is too great a power to define its power by simply being an irritant to others. Russia’s distinctive voice will always be heard but how can true trust and partnership be established if Moscow behaves in a capricious and unpredictable manner. Much of the future relationship will of course depend on the degree of co-operation (or not) that is established in the High North. Few in the West are confident over the medium-term.

Right now the issue is NATO. Critically, if Russia tries to prevent the legitimate modernization of NATO’s Article 5 collective defence architecture then trouble will be inevitable. And that will include a limited missile defence shield which Russia is welcome to be a part of, but has no right to veto.

Given that it is also worth recalling another important anniversary. Twenty years ago this month the Alliance issued “NATO’s Core Security Functions in the New Europe”. The communiqué stated that “… equal security amongst the members of the Alliance, regardless of differences in their circumstances or in their national military capabilities relative to each other, contributes to overall stability within Europe and thus to the creation of conditions conducive to increased cooperation both among Alliance members and with others”. That, “…and with others” meant something. Russia has not been an enemy for a very long time, but nor has Russia been a partner, and entirely of its own volition. The Russian myth is that the West lost Russia in the 1990s. Rubbish – Russia lost Russia in the 1990s!

However, scoring points is not the point of this blog. I want to pay tribute to Russia and the millions of Russians who gave their life fighting the Great Patriotic War. It is also to assure Russians that those of who think about these things and who can separate Russia from the many extremes of the Soviets have neither forgotten Russia’s sacrifice, nor lost our respect for Russia and Russians. Indeed, my respect for Russia is genuine and heartfelt.

It is time for Russians to move beyond a world-view defined by a war that came from the West, even as those that fought and died in that war are honoured and remembered. The West was Russia’s ally in that war and logic would suggest that the West should again be an ally today. However, deeply felt we must all limit the power of the violent past to damage the present and possibly corrupt the future. Even we British are beginning to get that.

And please, one more thing, stop sending ageing submarines and aircraft against Britain. It does not intimidate us, it simply annoys us. And, there is always the possibility something will go horribly wrong.

Partner or Peer Competitor – Russia the choice is yours…and it is an important choice.

Professor Julian Lindley-French, a member of the Atlantic Council Strategic Advisor’s Group, is Special Professor of Strategic Studies, University of Leiden, Netherlands and Associate Fellow of the Royal Institute of International Affairs, London. This essay first appeared on his personal blog, Lindley-French’s Blog Blast. A full length article exploring these issues will shortly appear in the Russia in Global Affairs Review.