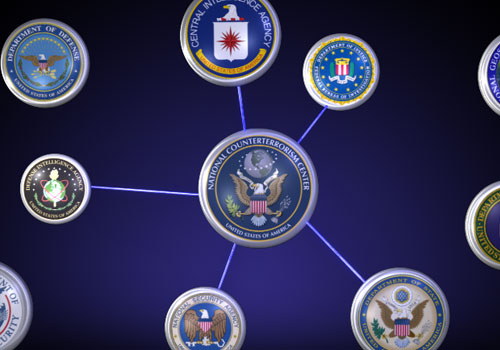 In light of recent developments in the Mideast, many in Washington are doubting—once again—the Intelligence Community’s (IC) performance. However, if the IC really wants to understand and address those doubts it won’t just conduct another "lessons learned" study. Rather, it will also take a good hard look at another government entity whose performance is under scrutiny: the US Postal Service.

What can the intelligence community learn from the Postal Service? At first glance—not much. However, on review it seems that the two organizations do share a mutually instructive dilemma: their strategic-level business models have both been rendered incoherent by increasing societal complexity. (Indeed, it is precisely this increasing complexity—the growing interdependence and interconnectedness that is sometimes referred to as "globalization"—that also underpins the aforementioned developments in the Mideast.)

The Postal Service, of course, recognizes that its long-held model is decrepit—the Postal Regulatory Commission flat-out told it so when denying permission for an increase in postage rates. The IC, on the other hand, does not yet have an oversight body prepared to be so tough with it. Consequently, it is doddering along with its traditional model largely intact.

So, what exactly is the IC’s traditional business model? Well, it is fundamentally a “secret collection” model. That is to say, it emphasizes the collection of restricted information—secrets—that are then provided to analysts for “assembly” into "finished intelligence" (i.e., papers, briefs, etc.) that is subsequently “delivered” to policymakers. Essentially, it is intelligence as an “output.”

For sure, such a model made a lot of sense in the strategic milieu of the Cold War for which it was created. In that environment, it was possible to know exactly where to look (at the USSR) and access was severely restricted, making secret collection vital. In fact, since the Cold War was largely a “monitoring” problem, an output model that manufactured and delivered regular “updates” worked pretty well.

However, today’s—and the future’s—more complex strategic environment poses a vastly different challenge. Now, there is no single focal point, as a threat or opportunity can emerge from almost anywhere; access is largely unrestricted, since the world is wide-open and information-rich; and context is much more ambiguous, because relationships are fluid. In this more dynamic, non-linear strategic environment, a secret collection model has much less to recommend it. That’s the bad news.

The good news is that the IC still has real value to offer in this new environment—if it can change its business model.

More specifically, while the ability to collect secrets offers less value in this new environment, the associated ability to keep secrets offers much more. Quite simply, in a complex environment the IC is unlikely to abet policy success by just reactively collecting, analyzing and tossing secret “nuggets”—on already identified, discrete issues—to policymakers. However, it can promote policy success by offering policymakers a secure environment for proactively floating and exploring—synthesizing—policy options without those options becoming prematurely public.

It is here—intelligence associated with an “outcome” vice an output—that the IC could potentially add significant and unique value.

Of course, the analysis of collected secrets—although less important—will certainly not be useless in this new role. More important, however, will be the ability to engage policymakers in a real dialogue. That said, it will also be impossible for the IC, when asked questions about potential US policy options, to “cop out” with the time-worn “we don’t do policy” excuse. In other words, in an outcome model complicity with policymakers would be necessary.

An outcome model will also require more than just analysts—it needs “synthesists.” Synthesists would be inclined to think in broad, less specialist terms; more extroverted and widely networked; comfortable with “self-collection” and contextualizing data in compelling stories; and, perhaps most importantly, willing/able to challenge policymakers.

Indeed, in an uncertain strategic environment the ability to ask policymakers good questions is arguably more valuable than the ability to provide them unrealistically certain answers.

This new model will require policymakers to change too. No longer will they just be able to sit back, await delivery of their intelligence, and then blame the IC when events go awry. They will have to build real time for intelligence into their busy schedules and be willing to engage the IC in genuine “give-and-take.”

All told, this constitutes a very different model for intelligence. No doubt, it will be wrenching to adopt. But what other choice does the IC have? Should it just keep doing what it has always done and hope for a different result (Einstein’s definition of insanity) ? To choose that is to condemn itself to being—like the Postal Service—just another "information delivery" organization designed for a world that no longer exists and that now costs far more to operate than any unique value it adds.

It doesn’t take a genius (or an intelligence officer) to see that such a choice is not merely unintelligent—it’s madness.

Josh Kerbel is a government reform advocate and a fifteen-year veteran of the US intelligence community. This op-ed distills a larger unclassified article that he co-authored in the December 2010 edition of CIA’s “Studies in Intelligence.” The views expressed in this article are his own and do not imply endorsement by any US government agency.