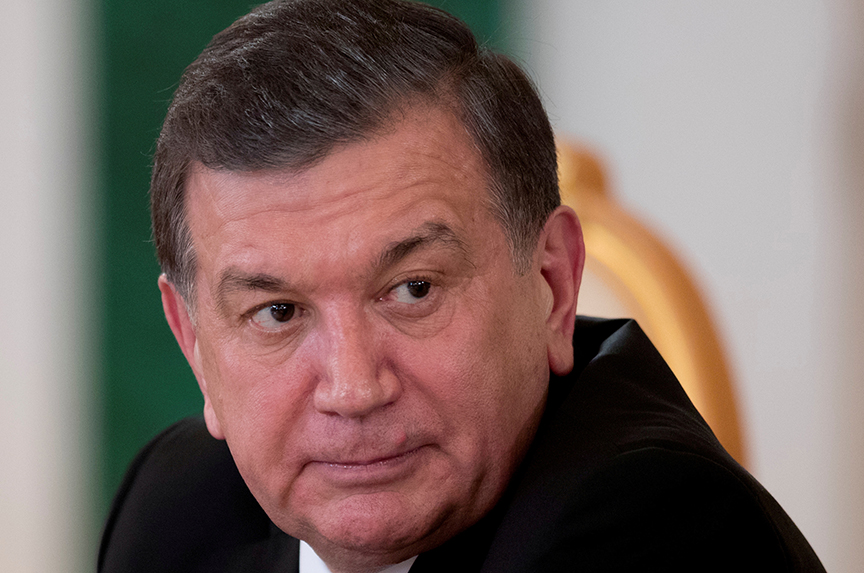 US President Donald J. Trump will meet his Uzbek counterpart, Shavkat Mirziyoyev, at the White House on May 16. This will be the first time since March 2002 that the president of Uzbekistan has made an official visit to the United States.

In general, US foreign policy in Central Asia has been built, developed and, often, stalled in the following areas: political, military, economics, and human rights. Washington found in Tashkent a ready partner for security and intelligence cooperation, but never developed a close, cooperative relationship because of its concerns about political authoritarianism in the country and, in particular, human rights abuses.

The US-Uzbek relationship was at its zenith following the September 11, 2001, attacks on the United States. Washington needed a military base in Uzbekistan from which to launch its operations in Afghanistan. This produced close security cooperation and a general warming in the bilateral relationship.

Tashkent was betting on becoming a key US partner in Central Asia, providing its military bases and transit corridors for the US and NATO forces. But difficulties in the relationship appeared largely due to differences over human rights issues.

The tragic events in Andijan in May 2005 signaled an end to this period of close bilateral ties.  Washington’s sharp criticism of the Uzbek security services’ disproportionate use of force against protesters in Andijan was followed by Tashkent’s decision to close the US base at Karshi-Khanabad. Other areas of bilateral cooperation also lapsed.

Today, the new leadership in Tashkent is pursuing more open policies. The leaders responsible for the crackdown in Andijan are no longer in office.  Mirziyoyev, despite being prime minister at the time, did not bear direct responsibility; his activities were mostly limited to domestic economic issues.

Mirziyoyev has sent other signals of his readiness to part with past illiberal policies. The Tashkent City Court, for example, ordered the release of journalist Bobomurod Abdullayev on May 7 days before Mirziyoyev’s trip to Washington. Abdullayev had written articles critical of the government under the pseudonym Usman Khaknazarov. He was arrested on September 27, 2017, and accused of attempting a coup in Uzbekistan.

In September 2017, following a visit to New York where he participated in the 72nd session of the United Nations General Assembly and had dinner with Trump, Mirziyoyev issued a special decree with proposals for concrete measures to develop bilateral relations between the United States and Uzbekistan. Economic cooperation is a priority. Tashkent is well aware of Washington’s enormous influence in international financial institutions, especially the World Bank, the International Monetary Fund (IMF), and the Asian Development Bank.

Mirziyoyev has started to actively transform Uzbekistan’s economy. For his socio-economic reforms to succeed, he needs financial resources, which he hopes to gain through direct US investments as well as loans from the World Bank and the IMF.

Mirziyoyev’s second priority for the US-Uzbek relationship is to have Washington reflect Uzbekistan’s position in its policy towards Afghanistan. In August 2017, Trump announced a new US strategy for Afghanistan that placed an emphasis on increasing the efficiency of the Afghan National Security Forces.

From March 25 to 27, 2018, Tashkent hosted a major conference on Afghanistan. US Under Secretary for Political Affairs Thomas A. Shannon, Jr., attended the conference. His presence was seen by many as a sign of unprecedented progress in the US-Uzbek relationship.

Uzbek leaders are encouraged by the US goal of strengthening Afghan security forces as this would also address transnational threats such as terrorism and drug trafficking. Tashkent would very much like being viewed as a reliable partner in the new US strategy in Afghanistan, especially if Trump is dissatisfied with Pakistan’s actions. A peaceful Afghanistan would allow Tashkent to have an alternative and a short route to the ocean thereby reducing the cost of exporting and importing goods.

Central Asian nations also want to learn more about the US position on the C5+1 platform, which was established to facilitate joint efforts to address common challenges faced by the United States and the five Central Asian states. They are equally keen to see how the Trump administration deals with Iran.

Uzbekistan wants to create a safe transport corridor to the Persian Gulf. To this end, it is constructing a railway line that will connect to Iranian railways and facilitate access to the Iranian ports of Bandar Abbas and Chabahar.

Tashkent was alarmed by Trump’s May 8 decision to withdraw from the Iran nuclear deal. With the prospect of US military action against Iran back on the table, Uzbeks are worried that this could destabilize the region.

Finally, it is important for Uzbekistan to determine the risks from the rising tensions between the United States and Russia. The Uzbek leadership does not want to be caught in a rift between Washington and Moscow. It is important for Washington to understand that Tashkent’s cooperation on Afghanistan comes at some cost to Uzbekistan. Moscow was not pleased when Tashkent agreed to open a US base in 2001. Given Russia’s current, not quite clandestine, support for the Taliban, Moscow is unhappy about Tashkent’s growing cooperation with Washington on Afghan issues.

Previously, Uzbek leaders viewed liberal values and open market system championed by the United States as a threat to Uzbekistan’s stability. Now, Tashkent considers Washington critical for assisting Uzbekistan’s efforts to modernize its political, military, social, and economic spheres. The United States has an opportunity to come back to the region as a big player.

Aziz Egamov is an intern in the Atlantic Council’s Eurasia Center.

Rafael Sattarov is an expert on Central Asia at the Carnegie Moscow Center.