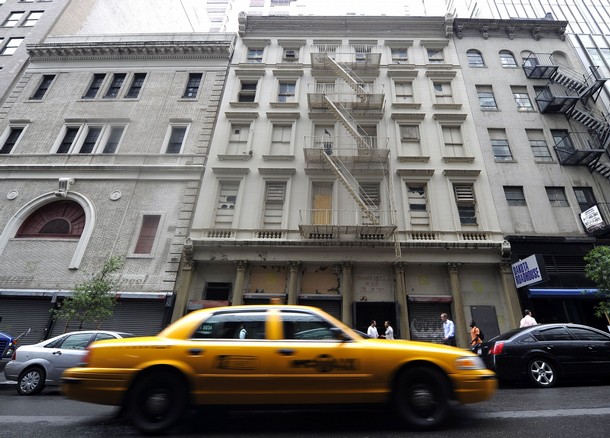 France’s decision to ban full Islamic veil-wearing in public stirred up accusations of anti-Muslim bias. Ongoing controversies in the Netherlands and here in the U.S. show the complexity of balancing religious tolerance and opposing the more radical elements of Islam.

At the center of the controversy in Europe is Geert Wilders, leaders of the Freedom party in the Netherlands. While he regularly stands up for gay and women’s rights he is best known, locally and internationally, for his “firebrand anti-Islam rhetoric that has led to him being charged under Dutch anti-hate speech laws and banned from visiting Britain until a court there ordered that he be allowed into the country.” Wilders has called Islam a “fascist” religion, and has won increasing support in the Netherlands in recent years even while receiving round-the-clock protection because of death threats.

Despite his outspoken stance on Islam, which has been described as hate-mongering in Europe and elsewhere, Wilders’ Freedom party won the biggest gains in a national election in June. The party will be the third-largest in parliament, with 24 seats out of 150, up from the nine before the election.

The latest scenario being discussed in Amsterdam is for the Liberal party, which has the most seats after June’s elections but not a majority, to form a coalition government with second-place Christian Democrats as well as Wilders’ Freedom party. Support of the Freedom party is considered critical for Liberals to successfully institute key financial and immigration reforms.

Wilders has called for Moroccan and Turkish immigrants to leave the country, and a €1,000 tax on women wearing head scarves. While the Freedom party will likely be involved in the coalition government, Financial Times (in an editorial) strikes a tone of relief in claiming “the concessions made to the PVV [Freedom party] are likely to fall well short of the misguided and oppressive policies espoused by the party’s controversial leader.”

Additionally, Wilders plans to expand the reaches of his movement beyond the Netherlands. He announced an intention to form an international alliance, initially in the U.S., Canada, Britain, France, and Germany, to spread his party’s message. “The message, ‘stop Islam, defend freedom’, is a message that’s not only important for the Netherlands but for the whole free Western world,” Wilders told Dutch parliament.

On this side of the Atlantic, notable opposition has arisen to a plan to build an Islamic mosque and community center near the former World Trade Center site in Manhattan. Even the Anti-Defamation League is asking the center be installed farther away from the site of the 9/11 attacks: “Building an Islamic Center in the shadow of the World Trade Center will cause some victims more pain – unnecessarily – and that is not right.” New York City Mayor Michael Bloomberg, among others, has supported building of the center, which would be open to use by those of all religions.

Feisal Abdul Rauf, chairman of the Cordoba Initiative, which would operate the Islamic community center, fired back with a statement of his own:

We are not the extremists. We are that vast majority of Muslims who stand up against extremism and provide a voice in response to the radical rhetoric. Our mission is to interweave America’s Muslim population into mainstream society. We are a Muslim-American force for promoting the universal values of justice and peaceful coexistence in which all good people believe. What has grieved me most over the past few months is the blatantly false reporting that has led some victims’ families to think that this project is somehow designed by Muslims to gloat over the attacks on 9/11. That could not be farther from the truth.

Treatment of Muslims in Europe and North America remains a taut and contentious issue. While certain of Wilders’ claims border on the absurd the amount of support he holds, visibly indicated in Freedom party’s parliamentary gains, is disturbing and needs to be taken seriously. And thanks to the mosque controversy, Americans cannot claim that such ethnic-based fervor is limited to Europe, or even limited to Muslims: as the much-maligned Arizona immigration law shows, the actions of a subset of any ethnic group can easily lead to unjust treatment of the entire group. Focus of Western governments must be put on standing up to and eliminating this kind of behavior, lest we turn into the hate-fostering extremists we profess to be fighting.

Extremists and those who preach violence need to be stopped, but blanket and unsubstantiated racism in response to extremism cannot be tolerated. Finding this balance is a challenge that continues to elude those supposedly seeking freedom and justice for the whole world.