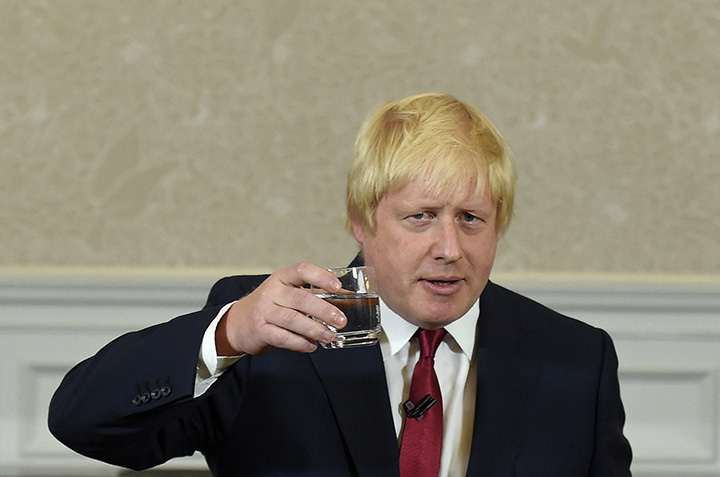 British support for taking the United Kingdom out of the European Union came as a tremendous shock to the world. Global financial markets were roiled for two days after the June 23 referendum. A few days later, however, questions have been raised about whether the UK would actually leave the European Union. It now appears increasingly likely that a so-called Brexit will not happen.

To begin with, the results of the British referendum are advisory and nonbinding. The UK is a parliamentary democracy in which Parliament alone adopts all legislation.

Moreover, the margin in the vote was tiny at 51.9 percent for Leave to 48.1 percent for Remain. As Harvard professor Kenneth Rogoff has argued, major national decisions should not be made based on such a small majority.

Only the British government can start the procedures for a Brexit in accordance with Article 50 of the Lisbon Treaty. British Prime Minister David Cameron had initially stated that he would do so immediately after the referendum result was announced, but he has since changed his mind.

Before the vote, Brexit proponents had insisted that the financial markets would not react negatively to a vote for Brexit. Instead, the vote caused havoc on the global financial markets and the rating agencies quickly downgraded the UK. The long-term economic consequences of a Brexit can be severe. A Brexit could also lead to a breakup of the UK.

The big open question was how Brexit proponents would proceed after the vote. Curiously, they have not revealed their plans. Nigel Farage, a Brexit supporter and leader of the United Kingdom Independence Party (UKIP), went to the European Parliament to insult everybody, but he refrained from stating his goals.

Article 50 has become a poisoned chalice after Cameron sensibly decided not to initiate a Brexit. Whomever invokes it will, in all probability, be a political corpse. Therefore, nobody is likely to do so. A plausible chronology of events is becoming clear.

A new Conservative Party leader has to be chosen. On June 30, five candidates had entered the race. Three were in favor of a Brexit and two against. Regardless of who wins, after a combative leadership battle the UK usually holds an early parliamentary election, and then the elections themselves will be an excuse not to invoke Article 50.

The outcome of the elections is likely to be another reason not to initiate a Brexit.

Following the referendum, the Labor Party is in tatters, while the small pro-European Liberal Democrat Party is united. We might see a new Tory government or a new Lib Dem-Tory coalition government. These are turbulent times, but the new Parliament would presumably be two-thirds pro-Europe much like the current one.

By November, a new British government, which is more likely than not to be pro-European, may be in place. Such a government would have no reason to invoke Article 50, so the Brexit game could be over.

At that stage, the negative economic and political effects of the Brexit referendum would presumably have mobilized a large majority of Brits against a Brexit in the opinion polls.

A new referendum could be held, reflecting the new insights of the British people, if needed to settle question of the UK’s EU membership. Hopefully, the conclusion will be that this unfortunate habit of organizing referenda on EU matters in representative democracies is contained.

Regardless, the political and economic damage caused by this unfortunate British referendum will remain great.

Anders Åslund is a senior fellow at the Atlantic Council. You can follow him on Twitter @anders_aslund.

Image: Boris Johnson, a former mayor of London and a leader of the campaign to take the United Kingdom out of the European Union, announced in London on June 30 that he was taking himself out of the running to be the next British prime minister. (Reuters/Toby Melville)