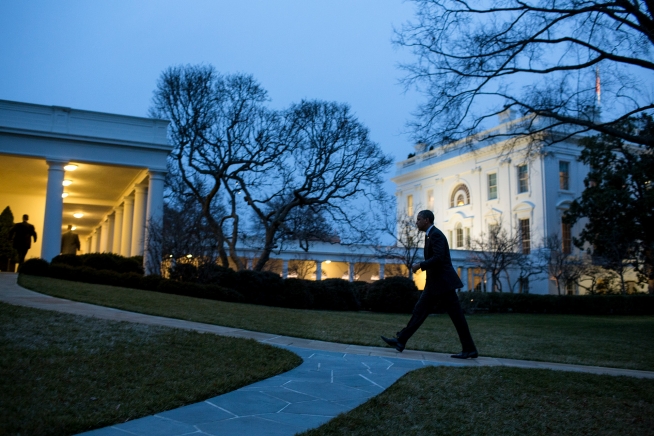 Remember Abraham Lincoln’s Second Inaugural Address, in which he eschewed specific plans and policies and instead reminded Americans of their most fundamental aspirations and urged them to turn toward the light of peace, even in the darkness of war. When a president stands on the Capitol steps and takes the oath of office for a second time, he’s thinking less about his next four years and more about his legacy.And he has plenty of help. In Washington, the period between an election and an inauguration is a fertile time for big, ambitious ideas, reports and essays. Foreign policy wonks are partial to laying out “grand strategies”: sweeping statements of the means through which the United States should achieve its goals in the world. Veterans of the White House efforts to craft a National Security Strategy, as commanded by Congress, typically shake their heads at these lofty pronouncements. But articulating a basic approach to the world can provide a starting point from which to tackle a wide array of challenges. Complete consistency is impossible, but a good grand strategy can increase the coherence of an administration’s decisions.

Obama’s choice of a grand strategy for his second term could help drive a more proactive foreign policy, defining a legacy that is more than the sum of responses to crises.

The iconic grand strategy was George Kennan’s “containment” — the proposition that the United States should not try to roll back communism but instead should contain the Soviet Union until it imploded on its own. Kennan, an American diplomat, laid out this view in his famous 1946 “Long Telegram” from Moscow, and his ability to sketch the future of U.S. foreign policy in one word has haunted strategists ever since.

There have been other efforts. In the 1930s the grand strategy, which Franklin Roosevelt pushed steadily against, was isolationism, the view that the United States could best safeguard its interests by staying out of other countries’ affairs. In the first Clinton administration, national security adviser Anthony Lake tried to replace containment with enlargement,a grand strategy of steadily expanding the community of democracies. The concept drove President Bill Clinton’s decisions to support the growth of NATO and the European Union.

Or take primacy, the notion that America can best advance its interests by being so much more powerful than any other country that other nations are deterred from competing. President George W. Bush explicitly adopted a grand strategy of primacy in his first term, a posture that informed both his disdain for international institutions and his doctrine of preventive war.

Obama’s first grand strategy, incorporated in the National Security Strategy of 2010, described the U.S. approach to the world as one of domestic renewal and global leadership. The need to rebuild at home means ending the wars we have been in and keeping our troops out of new ones. And when we do get involved in a foreign conflict, the intervention in Libya exemplifies how.

We sent planes and intelligence assets, at a cost of roughly $1 billion, compared to more than $1 trillion for the war in Afghanistan so far. At the same time, as Obama explained to the nation, the United States created “the conditions and coalitions for others to step up.” American diplomacy was essential to securing a U.N. resolution allowing all necessary measures to protect civilians and to building a coalition of NATO and Middle Eastern countries to carry out the intervention.

In recent days, three prominent think tanks — the Council on Foreign Relations, the Atlantic Council and the New America Foundation — have put forward grand strategies seeking to inspire Obama in his second term. The foreign policy community is small and chummy; the authors and reviewers of these reports all know one other, and many have worked together in and out of government. (John Ikenberry, a co-author of the CFR report, was my partner in leading the Princeton Project on National Security from 2004 to 2007. I also serve on the boards of the Atlantic Council and the New America Foundation and reviewed drafts of both strategies.)

The Atlantic Council’s report, “Envisioning 2030: US Strategy for a Post-Western World,” was principally drafted by Robert Manning, a council senior fellow and former State Department official. It builds on a recent report by the National Intelligence Council that outlined four scenarios for 2030: one in which the United States draws inward and economic globalization stalls; a best-case world in which Washington and Beijing collaborate on international problems; a bleak future of inequality and resulting conflicts between and within countries that the United States is unable or unwilling to police; and a world in which corporations, activists and other nonstate players take the lead in addressing global challenges.

The Atlantic Council report concludes that the United States can work to avoid the more negative scenarios by leading “actively, vigorously, and strategically.” Essentially, an America that hangs back is asking for trouble. At the same time, Washington should lead more collaboratively, working with and through partners (Europe, NATO, Japan, Korea, Australia and Singapore, for example) and coalitions whenever possible. In particular, U.S. cooperation with China will be “the most crucial single factor” shaping the world in 2030.

But the real strength of “Envisioning 2030” is less in some unifying concept than in its specific proposals. It calls for an integrated U.S.-European market through a free-trade agreement, for instance, as well as coordinated efforts among Washington, the European Union and Persian Gulf states to provide funding and other incentives for market reforms across the Middle East.

I suspect that the Obama administration thinks it is already taking this approach; in a speech as early as July 2009, Secretary of State Hillary Rodham Clinton called for a “multi-partner world.” That is the philosophy behind her launching of the annual U.S.-China Strategic and Economic Dialogue, which involves more than 200 U.S. officials, as well the growing strategic dialogue with India and developing partnerships with Turkey and Indonesia.

The Council on Foreign Relations passes the “big ideas” test with a paper that has a weighty title: “Democratic Internationalism: An American Grand Strategy for a Post-Exceptionalist Era,” by Daniel Deudney and John Ikenberry. Its premise is that the rise of democracy in more than half of the nearly 200 nations in the world — including many of the most powerful, richest and most populous — offers the United States a major opportunity to “cultivate a democratic community reflecting U.S. interests and those of its democratic partners.”

Democratic internationalism would not focus on expanding democracy; instead, it would emphasize stabilizing and deepening it by “increasing equality of opportunity, assuming responsibility, smartly managing interdependence, leading coalitions and recasting global bargains, and building the democratic community.”

The work of increasing equality and assuming responsibility is for democratic governments to do at home, whether by raising taxes, cutting spending or strengthening safety nets. Beyond borders, this strategy would require major reform of international institutions to make room for rising powers such as India and Brazil, as well as closer cooperation between the United States and Europe. Washington, the authors contend, must recognize that in a world with emerging democratic players, it will need to “share leadership, responsibilities, and privileges” and must learn to “downplay the exceptionalist view of itself” to imitate successful innovations in other democracies.

Obama would find much to like in this grand strategy. Deudney and Ikenberry echo the president’s call in his first inaugural address for “a new era of responsibility”at home and abroad, accepting but also sharing the burdens of leadership. They offer a coherent worldview that links the West with developing economies. They divorce a commitment to liberal democracy from neoconservative adventurism, an important move at a time when the United States is trying to support the desire for liberty animating the Middle East and North Africa while attempting to overcome the legacy of Iraq.

However, I suspect that Obama will shy away from any strategy with a “democratic” label, no matter how nuanced. His administration has repeatedly grouped Russia and China with rising democracies such as India and Brazil. He has replaced the largely democratic G-8 group of countries with the G-20, which includes Russia, China and Saudi Arabia alongside India, Indonesia, Brazil, Turkey and South Korea. The administration has also supported the Open Government Partnership, a group of countries committed to transparency, accountability and citizen participation. That formulation was adopted so it could include countries such as China that cannot qualify as democracies.

Both “Envisioning 2030” and “Democratic Internationalism” agree that the United States cannot lead abroad unless it rebuilds itself at home. However, only the grand strategy written by Patrick Doherty of the New America Foundation (titled “A New U.S. Grand Strategy”) offers specific prescriptions for how to rebuild. Doherty’s plan offers a genuinely new national goal: The United States “must lead the global transition to sustainability.”

What does that mean? It means we must figure out how to include 3 billion new people in the global middle class over the next two decades without destroying the planet’s ecosystem. It means we must harness the rising demand for housing in walkable communities and invest in regenerative agriculture, which boosts production while restoring soil and cleaning waterways. It means launching a green technology revolution. It means adopting a climate-change policy so that markets can appropriately price the enormous reserves of oil, coal and other hydrocarbon assets that energy companies already have, thereby enabling a transition to a low-carbon world.

The chances that all these policies and initiatives could be adopted as written are nil. On the other hand, bits and pieces are already being tried in different parts of the country, where governors and mayors are moving ahead with fresh ideas.

The best part of a new grand strategy is that it offers a compelling vision of the world it seeks to achieve. Strategies are means for achieving ends, but the most important question is where we want to go. That is the statement of national purpose and direction that only Obama can provide on Inauguration Day. Then we can design a grand strategy to get there.

Anne-Marie Slaughter, an Atlantic Council Board member, is the Bert G. Kerstetter ’66 University Professor of Politics and International Affairs at Princeton University. She served as director of policy planning at the State Department from 2009 to 2011.
.