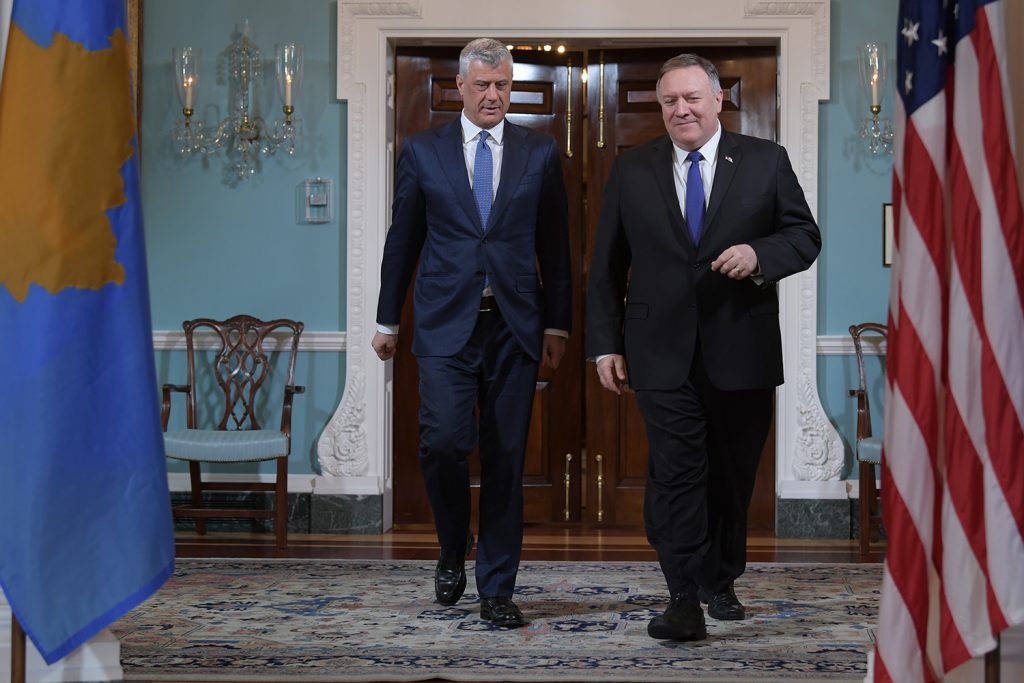 Officials from Kosovo and Serbia are set to meet at the White House on June 27 to discuss their relationship. Dimitar Bechev and Damir Marusic provide their own takes on the upcoming summit here and here.

The announcement of White House talks between two parties to a longstanding international dispute would typically be cause for celebration, particularly given the expectation that, if all goes as planned, such talks are usually followed by a Rose Garden ceremony sealing some sort of deal between the parties. The announcement this week that the White House will host Serbian President Aleskandar Vučić and Kosovo President Hashim Thaçi at the White House on June 27, however, has caused trepidation among many Western Balkans watchers, and rightfully so.

The reasons for skepticism of the planned talks are many. The talks usurp the longstanding EU-facilitated Belgrade-Pristina Dialogue, which the EU intends to restart in the near future under the leadership of its new envoy for the region, former Slovakia Foreign Minister Miroslav Lajčák. That Washington and Brussels may soon be conducting parallel negotiations exemplifies the sad state of US-EU relations and the complete lack of transatlantic coordination, which has been a necessary ingredient for progress in the Western Balkans since the 1990s.

Worse yet, there appears to be little coordination between US Special Envoy Richard Grenell, former US ambassador to Germany, and US experts on or in the region. This has given rise to fears among many in Washington and the region that the Trump administration’s primary goal is the public spectacle of a Rose Garden ceremony, rather than a workable agreement that achieves normalization of relations between Kosovo and Serbia without inflaming tensions elsewhere in the region.

The rumored discussions of land swaps as part of such a deal (which Grenell continues to deny), only add to these concerns. While the Trump administration and the EU have both flirted with the idea of territorial exchanges at times over the past three years, experts on both sides of the Atlantic fear the precedent such an agreement would set in a region where nationalists regularly demand secession or union with ethnic brethren. Even if Pandora’s box could be closed, the implementation of such an agreement would almost certainly result in de facto ethnic cleansing, heightened tensions, and the potential for renewed violence. There is little evidence of any planning by the Trump administration on these complicated—yet crucial—implementation questions.

Perhaps to lower expectations, Grenell has promised that the parties will first discuss economic questions. If this is the case, with any luck there may be a positive outcome to the summit after all—a Balkan version of Chinese promises to buy more soybeans, the Rose Garden spectacle Trump and Grenell so desperately seek, and no lasting harm to the region’s stability. My fingers are crossed.

Molly Montgomery is a nonresident fellow in the Center on the United States and Europe at the Brookings Institution.

Read more on the June 27 summit:

Setting expectations high would be ill-advised. For one, Vučić has no incentive to rush with recognizing Kosovo. Prishtina, meanwhile, will view the removal of tariffs on Serbia as having done its share, and will seek concessions. Europeans and Americans should be working side by side, pooling their leverage to move forward normalization. But sadly, this is less and less the case recently.