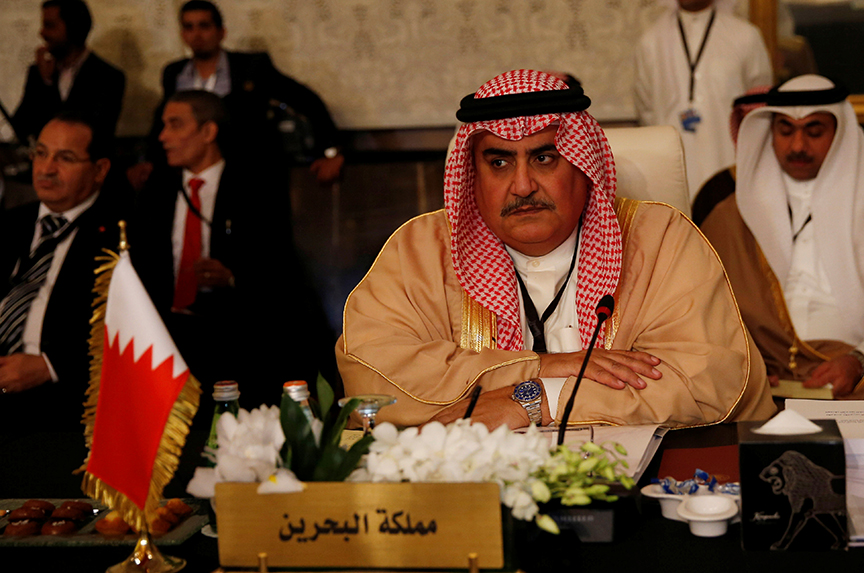 Since the start of the unrest in Bahrain in 2011, officials in Washington and London have had mainly two attitudes toward the island sheikdom. On one hand, they believe Bahrain’s Western backers must urge the ruling Al Khalifa family to enact reforms in response to concerns such as the marginalization of Shi’ites and violation of human rights. On the other hand, they believe that the United States’ and the United Kingdom’s geopolitical and security interests, particularly when it comes to fighting the Islamic State of Iraq and al-Sham (ISIS) and countering Iran’s ascendancy, are more important than promoting human rights.

Former US President Barack Obama’s administration struck somewhat of a balance. At times, officials in his administration criticized the Al Khalifas and called on the Bahraini monarchy to make concessions to elements of the country’s Shi’ite opposition. It was more than just rhetoric. The Obama administration stalled a multibillion-dollar weapons sale to Bahrain citing human rights concerns.

To the relief of Bahrain’s leadership and other Gulf Cooperation Council (GCC) states, US President Donald Trump’s administration has shown a willingness to drop such concerns. In late March, US Secretary of State Rex Tillerson announced that the administration would lift the restrictions, which the Obama administration imposed, and proceed with a sale of nineteen fighter jets to Bahrain. In an interview with the Khaleej Times, Bahraini Foreign Minister Sheikh Khaled bin Ahmed Al Khalifa said, “We see… a much clearer understanding from the [Trump] White House of the threats we are facing here in the region and especially the ones that are coming from [Iran].”

The Trump administration’s decision to proceed with the fighter jet sale came around the time of an amendment to Bahrain’s constitutional that allowed military trials for civilians accused of “threatening the security of the state.”

Meanwhile, a recent US intelligence report corroborated Manama’s accusations that Iran is arming Shi’ite militants who have carried out deadly attacks in Bahrain since 2011. The Washington Post reported, “Six years after the start of a peaceful Shi’ite protest movement against the country’s Sunni-led government, US and European analysts now see an increasingly grave threat emerging on the margins of the uprising: heavily armed militant cells supplied and funded… by Iran.” To the delight of Bahraini and Saudi officials, the Trump administration is pointing to such findings as justification for stepping up US support for the Al Khalifas.

Bahrain, a small Arab Gulf state with limited indigenous military capabilities, has long relied on its allies for stability and security from domestic and foreign threats, even if at the expense of the island-sheikdom’s autonomy. As the host of the US Navy’s Fifth Fleet since 1995, Bahrain’s most important defense partner has been Washington. Yet Manama’s negative perceptions of the Obama administration’s diplomatic overtures to Tehran fueled friction in the Bahraini-US relationship. The key concern in Manama was not so much about Iran’s nuclear program. Bahrain, in fact, officially supported the historic accord as a safeguard against the threat of Iran becoming a nuclear-armed power.

Bahrain’s deep reservation about the nuclear deal was that it would embolden Iran regionally and decrease the strategic value that the Arab Gulf monarchies have represented to Washington since the Islamic Revolution in Iran in 1979. Officials in Bahrain and other GCC states feared that the nuclear deal would open the door to Washington and Tehran restoring their pre-1979 alliance, in which Iran was the United States’ most valuable ally in the Arabian Gulf, and the Arab Gulf sheikdoms were of secondary importance to Washington.

Within one hundred days of his administration, Trump has managed to assuage such concerns. Although it is unclear how the US-Iran relationship will evolve, and equally unclear how the US president will address the Iran nuclear deal, most officials in the GCC are quite confident that with Trump in the Oval Office the thaw in the US-Iran relationship is unlikely to continue. Primarily for this reason, Bahrain’s leadership has shown a strong preference for Trump over Obama whose diplomatic overtures to Iran, they believe, came at the expense of the GCC states’ collective security interests.

For all of Trump’s campaign trail criticism of the Iran nuclear deal, his administration seems to have concluded that the accord—even if imperfect—is worth maintaining. In the GCC, too, there is overall agreement that the deal will prevent Iran from developing a nuclear weapon for roughly fifteen years. Rather than seeking to unravel the deal, the Trump administration is determined to counter Iran’s regional influence. One such way will be stepping up support for the United States’ traditional Arab allies who share the White House’s view of Iran as a root cause of instability and insecurity in the Middle East.

Jesse Schatz is a contributor to Gulf State Analytics.

Image: In an interview with the Khaleej Times, Bahraini Foreign Minister Sheikh Khaled bin Ahmed Al Khalifa said, “We see… a much clearer understanding from the [Trump] White House of the threats we are facing here in the region and especially the ones that are coming from [Iran].” (Reuters/Muhammad Hamed)