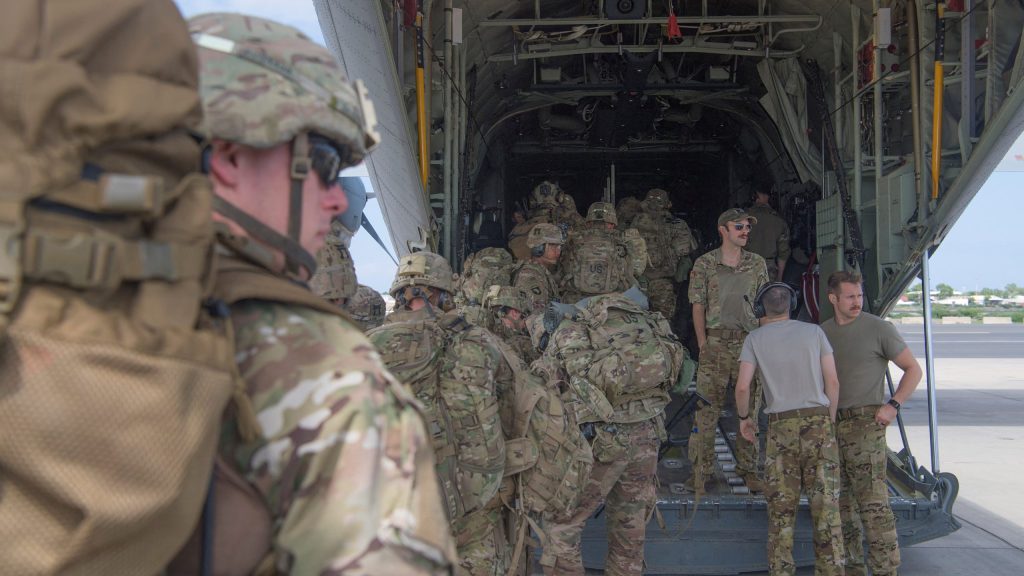 In counterterrorism and security, failures make front-page news while quiet successes seldom get the credit they deserve. Last month’s deadly gun attacks in Buffalo, New York, and Uvalde, Texas, are prime examples of the former. But there was also a prime example of the latter around the same time: a key announcement by the Biden administration on May 16 that could lead to hundreds of lives being saved from terror attacks.

The US deployment of about 450 Special Operations troops back to Somalia will help Washington’s local counterterrorism partners pressure the increasingly dangerous al-Shabaab terrorist group—which most Americans do not realize has become al-Qaeda’s largest, wealthiest, and deadliest franchise. Apart from the decision to send US forces to shore up NATO’s defenses against Russian aggression in Europe, the Somalia deployment may represent the largest new commitment of US forces overseas by President Joe Biden.

As counterterrorism professionals with more than fifty-five years of national-security experience between us—in the White House and three cabinet departments, and under four presidents from both parties—we are increasingly concerned about the popular perception that terrorist groups such as al-Qaeda and the Islamic State of Iraq and al-Sham (ISIS) have been defeated. As far back as 2018, the National Strategy for Counterterrorism foresaw that groups such as ISIS and al-Shabaab, al-Qaeda’s branch in Somalia, would continue to threaten US interests, and that terrorists would seek to gain control of safe havens in countries whose governments are too weak or distracted to contain them without outside help. Premature declarations of victory are dangerous.

This is why Somalia is an important story. The recent election of president Hassan Sheikh Mohamud represents progress, but al-Shabaab—whose leaders frequently call for attacks on Americans—is gaining power in southern and central Somalia and is close to being able to mount external operations targeting the United States. One such plot was already disrupted: In December 2020, the Department of Justice unsealed an indictment for a plot by al-Shabaab’s leaders to carry out a 9/11-style aircraft hijacking in the United States. The Philippines extradited an alleged al-Shabaab operative to the United States to stand trial for the scheme.

Al-Shabaab also has a history of luring young Somali-Americans to Somalia to fight foreign invaders, then using them for terrorist attacks against civilians. Such attacks have reached beyond Somalia, killing sixty-seven at a shopping mall in 2013 and 147 at a university in 2015, both in Kenya. A plot to bring down a passenger plane in February 2016 failed only by good luck and a skillful aircrew. And in 2020, Al-Shabaab killed three Americans who were training Kenyan counterterrorism forces.

For all these reasons, Biden’s order to resend US service members—which reversed a December 2020 decision by the Trump administration to withdraw the then-remaining 750 US military personnel in Somalia—was the right move. Conditions on the ground in 2020 did not justify confidence that Somali forces were ready to take on al-Shabaab without help. Early that year, US Africa Command said publicly (and repeated it just before then President Donald Trump’s decision) that al-Shabaab “remains adaptive, resilient, and capable of attacking US partner interests in Somalia and East Africa.”

Since the US withdrawal, al-Shabaab has grown in power and wealth. Open sources estimate that the group has grown to seven thousand fighters and receives annual revenues of $130 million from criminal activities, which have included forcing Somalis to give their charitable contributions to al-Shabaab instead of actual charities. For comparison, the Somali government’s total revenue in 2019 was $342 million. Given the number of people living in al-Shabaab-controlled areas, that makes the terrorist organization more than twice as rich per capita as the Somali government.

In February, when the United States carried out a drone strike in defense of Somali military forces being attacked by al-Shabaab, US forces advised and assisted Somali partners from outside the country. But this is hardly the best approach to working effectively with partner counterterrorism forces.

The Biden administration’s decision will allow US troops to once again train and work alongside the Danab, Somalia’s most effective counterterrorism unit. This will result in better battlefield intelligence collection, especially the kind of gritty tactical intelligence from local human sources needed to successfully counter al-Shabaab. A persistent presence also enhances security for US diplomats and civilian specialists to carry out their vital work.

A small footprint, especially of US Special Operations Forces, will strengthen and rebuild Somali counterterrorism capabilities in ways that an “over-the-horizon” presence never could. This will keep the pressure on al-Shabaab, limiting the group’s ability to plan and mount external operations that threaten Americans in the US homeland and overseas.

Experience has shown that we ignore growing terrorism threats in contested spaces at our peril. Biden’s decision to send a small number of US troops into Somalia with a limited mission needs to be given the credit and support it deserves. American lives may well depend on it.

Thomas S. Warrick is a nonresident senior fellow at the Atlantic Council, director of the Future of DHS Project, and co-director of the Future of Counterterrorism Project. He is a former senior official at the US Department of State and deputy assistant secretary for counterterrorism policy at the US Department of Homeland Security.

Christopher P. Costa is the executive director of the International Spy Museum and a former career US Army intelligence officer. He served as special assistant to the president and senior director for counterterrorism at the National Security Council from 2017 to 2018.

Image: US soldiers board a transport plane in Camp Lemonnier, Djibouti, on January 5, 2020. Photo by Senior Airman Daniel Hernandez/US Air Force/Handout via REUTERS.