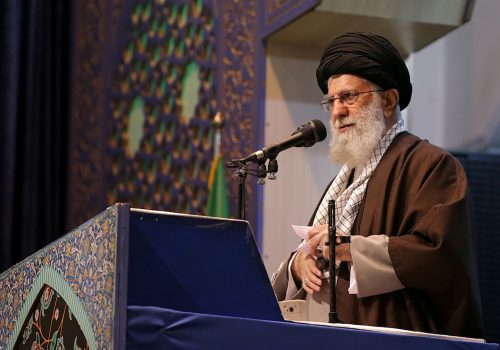 Khameinei's January 17 speech shows that "those placing hopes in recent protests in Iran to shake—or even overturn—the system underestimate its power and ruthlessness," Barbara Slavin explains. 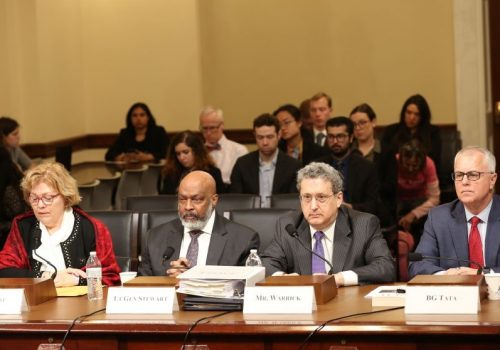 The Committee meeting examined the homeland security implications of the recent escalation in US-Iran tensions in the wake of the killing of Qasem Soleimani. Witnesses were given time to present opening statements to address possible retaliation followed by questions posed by committee members. Nonresident Senior Fellow Thomas S. Warrick presented four ways in which Iran threatens the homeland: terrorism, cyber-attacks, disinformation, and influence operations. Warrick underscored the imminent threat posed by Iranian cyber-attacks, “Mr. Chairman, the possibility of a terrorist attack by Iran here in the homeland is that, a possibility, but cyber-attacks are a certainty.”

Thomas S. Warrick is a nonresident senior fellow with the Middle East programs at the Atlantic Council. Prior to joining the Atlantic Council, from August 2008 to June 2019 he was the Deputy Assistant Secretary for Counterterrorism Policy at the US Department of Homeland Security (DHS) and a career member of the Senior Executive Service. He was an international lawyer in private practice for 17 years, representing companies in connection with investments in the Middle East and elsewhere.

From 1997 to 2007, he served in the US Department of State on Middle East and international justice issues. From 1997 to 2001, Mr. Warrick was Deputy in the Office of the Secretary / Office of War Crimes Issues. In 2001, he became Special Adviser, then Senior Adviser, to the Assistant Secretary of State for Near Eastern Affairs, working on Iraq, Iran, and other issues. From 2002 to 2003, he led the State Depart¬ment’s “Future of Iraq” project. From October 2003 to June 2006, he served in both Baghdad and Washington. From July 2006 to July 2007, he was Director (Acting) for Iraq Political Affairs. He was briefly Senior Political Adviser on the Iran desk in 2007.