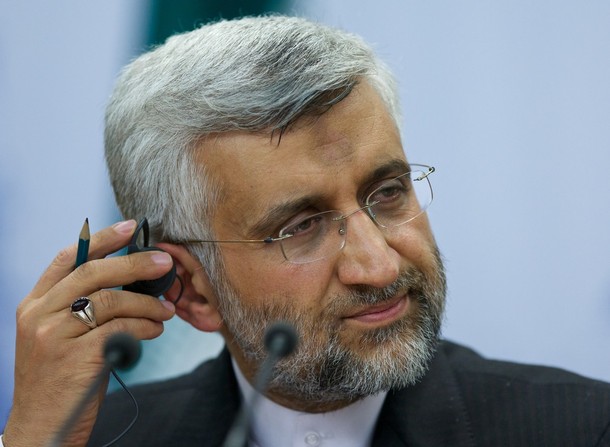 In an essay creating shock and awe amongst the chattering class, Kenneth Waltz, one of the nation’s most prominent International Relations (IR) scholars and the doyen of the “realist” school tries to make the case “Why Iran Should Get the Bomb” in the July/August issue of Foreign Affairs. While in some respects, this provocation is an understandable counter to the end-of-the-world hysteria that often surrounds the Iran nuclear debate, Waltz’s essay suggests that IR theory suffers from an absence of regional knowledge.

Waltz is best known for his classic 1981 essay, “Nuclear Weapons: More is Better,” in which he makes a compelling argument that nuclear weapons were a major reason why major powers have not gone to war since 1945. Certainly, the “balance of terror“ created by the awesome destructive power of nuclear weapons were an important factor in keeping the Cold War cold.

Today, Waltz argues that Israel has had a nuclear monopoly that “has long fueled instability in the Middle East” and suggests that a nuclear Iran would become a stabilizing balance. The first assertion is simply wrong: would a non-nuclear Israel be viewed significantly different by Arab states? The second assertion at best, oversimplifies the reality.

Far Cry from the Cold War

Differences in geography, history, and culture between the contemporary Middle East and the bipolar realities of the Cold war–not to mention an entire region engulfed in turmoil of historic proportions– raise questions about how much the balance-of-terror logic would apply to the region. The risks of miscalculation in a volatile region are enough to raise doubts.

Look no further than the near antagonism between the Saudi/GCC backing of anti-Assad forces and Iran’s fullblown support for Damascus. A Sunni-Shia quasi-proxy war is playing out not just in Syria but in varying degrees, across the region from Lebanon to Yemen.

Waltz argues that since, “an atomic Israel did not trigger an arms race…there is no reason a nuclear Iran should now.” He claims that once Iran crosses the nuclear threshold, deterrence will apply: “No other country in the region will have an incentive to acquire its own nuclear capability.”

Really? Has he talked to the Saudis, Egyptians or Turks lately? Is it mere coincidence that as Iran’s enrichment capabilities have grown, nations in the region, from UAE to Jordan, have developed a sudden interest in civil nuclear power?

Waltz goes still further and argues that “the nuclear age is now almost 70 years old, and so far, fears of proliferation have proved to be unfounded.” I guess India, Pakistan and North Korea don’t count. That fears of a world with 20-30 nuclear states that President Kennedy warned about half a century ago have not materialized is cold comfort.

To be fair, Waltz has a point about the specter of “mad mullahs” and an “innately irrational” Iranian regime being exaggerated. Tehran’s obscene rhetoric not withstanding, its leaders give every indication of seeking regime survival and power and do not appear suicidal.

Waltz disputes the notion that a nuclear Iran would be an emboldened if not more reckless international actor, arguing that states acquiring nuclear weapons have been sobered and more cautious. He again may have a point–but not for the reasons he thinks. In its quest for regional dominance, Iran’s Revolutionary Guards and elite Qods force have been mucking around from Afghanistan to Yemen so extensively that it is difficult to imagine that a nuclear Tehran Iran would sow much additional mischief.

In fact, it is this, for lack of a better term, neo-Persian Imperialism, this time with a Shia missionary overlay that makes Iran’s nuclear ambitions particularly troubling. Iran’s actions suggest that it is still a revolutionary state, not a status quo power seeking acceptance in the global order. One metric for that sort of behavior is the fate of the “5+1” nuclear talks. A failure of Iran to reach a nuclear bargain–despite global sanctions crippling its economy –would say a lot about the character of the regime.

Robert A. Manning is a senior fellow with the International Security Program at the Atlantic Council. Photo Credit: AP Photo