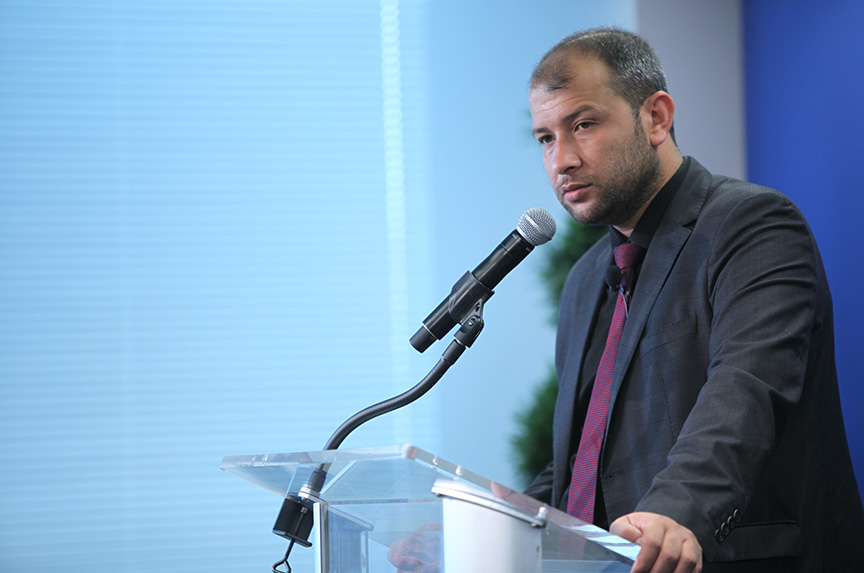 Barack Obama had an opinion in 2011 on who should win the contest between the Syrian opposition and Bashar al-Assad’s regime when he said Assad should “step aside.” He did not, however, wish to back up that opinion with troops on the ground or significant assistance to the opposition. As a result, Russia and Iran were emboldened and stepped in to shore up the Assad regime and protect their interests in Syria. Obama did, however, step up the fight—albeit largely with air power—against the Islamic State of Iraq and al-Sham (ISIS) and laid down a strategy for victory in Mosul and Raqqa.

Enter Donald J. Trump, who has followed Obama’s strategy, only with no particular feeling or much interest in the matter. ISIS has been largely defeated and no longer controls any territory in either Iraq  or Syria—except, that is, in Deir Ezzor along the border with Iraq, to which area the Assad regime bussed their defeated fighters from Lebanon’s Beqaa Valley in 2017.

The question of providing support to the White Helmets is now Trump’s moment to further signal American disinterest in what happens in Syria, beyond ongoing counterterrorism operations being carried out in collaboration with the largely Kurdish Syrian Democratic Forces.

The White Helmets, a group of search-and-rescue medical volunteers, made a reputation for themselves when fighting began in earnest in Syria in 2012.  As their main focus was helping the civilian population, they were naturally present mostly in opposition areas, drawing the ire of the Assad regime, and later of Russia and Iran as well. In pro-regime circles in Lebanon, they are accused of being spies for the United States and inherently anti-Assad. This reputation alone should have earned them the support of Western governments and international NGOs searching for facts on the ground and for ways to help the victims of war.  That support, though offered, was never enough to sustain the heroic efforts of the men and women of this organization.  Now, US support has been suspended and will reportedly be withdrawn altogether.

It is hard to imagine that the purpose of this cut-off is purely economical.  In the context of playing any role at all in Syria, $200 million doesn’t buy you much influence, but it at least signals an interest in humanitarian assistance and a possible role in any future reconstruction, at least in areas not currently under regime control.

A Trump administration’s decision to abandon this minimal humanitarian role signals a broader strategic abandonment of Syria to the Russia/Iran axis.  One wonders beyond that what Turkey’s role will be in northern Syria in the eventuality of a complete US withdrawal  from Kurdish areas.  If this is another Trump gambit to get Saudi Arabia and its Gulf allies to step in completely for the United States it is surely a losing strategy.  The GCC countries have not shown an interest in taking over all humanitarian assistance in Syria nor have they promised to help in post-war reconstruction.  Further, these countries do not have the capacity to send troops to hold areas from which the United States withdraws.

Writing these lines from Lebanon, both pro- and anti-regime groups here express befuddlement as to Trump’s goals in the region.  There is agreement, however, that a US withdrawal, while continuing to meddle with occasional airstrikes and encouragement of the GCC countries to get involved, only deepens regional divisions and prolongs the chaos in Syria, all while not changing the balance of power which currently favors Russia, Iran, and the Assad regime.

It would be one thing if this is happening while the United States was making an all-out diplomatic push to help in regional peace and a sustainable transition in Syria, quite another if current US policies signal complete ignorance of the facts and total disregard for the fate of Syria and the region.

Nabeel Khoury is a nonresident senior fellow with the Atlantic Council’s Rafik Hariri Center for the Middle East. Follow him on Twitter @khoury_nabeel.

Image: In Aleppo, where 275,000 civilians are living under siege, “there is nowhere that Syrian civilians can hide or take cover,” said Raed al-Saleh, the head of Syrian Civil Defense—popularly known as the White Helmets. “They are basically all just sitting in their homes waiting to be killed.” (Atlantic Council/Victoria Langton)