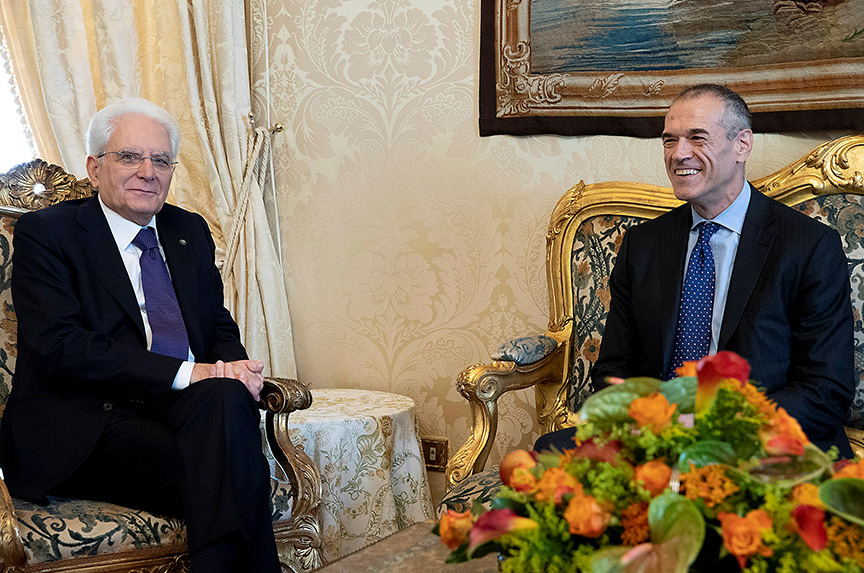 On March 4, Italy will hold an important national election that is being closely watched on both sides of the Atlantic for its potential impact within the country and in Europe, and as bellwether of the rise of populism in the democratic world.

The election will be in part a key test of the Italian political system and how it evolves with a likely new conservative government coalition. This coalition may include anti-establishment political parties that call for changes in the country’s policies on immigration and the European Union (EU).

The election has the potential to send political shockwaves through Europe if the new political movements are unable to form governing majorities.  In addition, political instability would also put renewed economic pressure on the country if interest rates on Italy’s rising public debt are increased above the current 2 percent.

At the same time, analysts remain broadly optimistic that whatever government emerges after the vote will likely pursue the main contours of postwar Italian government policy, especially within the EU and NATO, the country being a founding member of both entities.

But there will also likely be some significant changes such as encouraging the EU to provide more help to Italy to deal with the migration crisis; calling for greater flexibility in EU rules to address the country’s economic problems; and pursuing a softer, more accommodative approach to Russia, reflected in recent overtures from several Italian political leaders to Moscow.

Italy’s unique political culture has long been characterized by fractious political parties and governments that change frequently. The current government is the sixty-fifth since 1948 when the postwar Italian Republic was formed.

But while the country has often been said to be on the brink of political or economic collapse, Italians seem to have a special ability to weather daunting challenges. As a result, Italy has remained an important player in Europe despite numerous crises over the decades.

Italy’s political culture also seems less unusual than in the past given that the winners of the September election in Germany are still trying to form a government and that US President Donald J. Trump’s administration is having great difficulty staffing its own government.

Domestic factors include Italy’s very high level of public indebtedness, the second highest in Europe after Greece; an economy that is finally growing but at a slower rate than most of its EU partners; and the rise of anti-immigrant sentiment in the country hit hardest by the EU’s migration crisis.  Italy is the first port of call for migrants and refugees from North Africa. This has helped fuel violent attacks against some of the 624,000 migrants who have arrived in the past four years.

Erik Brattberg, director of the Carnegie Endowment’s Europe program, highlights how Italy’s role in Europe has been hampered by its domestic political and economic situation, noting that while Italy has a population almost as large as that of France and Britain, and has a lot going for it, it “has been punching well below its weight for over a decade.”  He also said: “Given the many crucial decisions the EU is facing in 2018, Europe cannot afford a euro-skeptic, anti-trade, and pro-Kremlin government in Rome. It should, therefore, do everything it can to help Italy get back on track.”

In the weeks prior to the election, the strongest single political party, based on polling that by law had to end on February 17, was the Five Star Movement. The party is known for its euro-skeptic and anti-immigration views. It is run by Luigi di Maio, a thirty-one-year-old with relatively little political experience who could now be the next prime minister.

The Five Star Movement has an unusual mélange of policies that also include social and environmental justice, libertarianism, and skepticism about corporations.

The center-right coalition, headed by former Prime Minister Silvio Berlusconi, includes his Forza Italia party, the Northern League, and the Brothers of Italy. It has been doing much better than the center-left coalition led by former Prime Minister Matteo Renzi, who resigned in December of 2016 after his referendum for political reforms was defeated.

The rightist coalition supports, in addition to curbs on immigration, tax cuts, and a universal basic income, policies likely to clash with one another given the country’s high debt burden and level of public spending.

In the past decade, Italians have become among the EU’s most skeptical about the euro and the benefits of membership, but most Italians want to remain in the bloc and in the single currency.  In addition, they want the EU to do more for Italy and are concerned that France’s close ties to Germany hampers Italy’s role in Europe.

Both the Five Star Movement and the Northern League have been critical of NATO and supportive of a more accommodative policy toward Russia.  Berlusconi, too, has long been friends with Russian President Vladimir Putin.

This approach predates the rise of these parties.  Rome, which has a long history of deep relations with Moscow, was a reluctant supporter of EU sanctions over Russia’s annexation of Crimea and involvement in the war in Ukraine.

But, according to Luigi Scazzieri, a research fellow at the Centre for European Reform in London, neither party’s participation in the next government is likely to result in major changes to Italian foreign policy other than “noises about easing sanctions against Russia,” possible business deals with Moscow, and a “more transactional” approach to the country’s NATO membership.

Those potential changes dovetail in many ways with the approach of the Trump administration to Russia and NATO.

In recent months, leaders of the anti-establishment parties have tempered their rhetoric and sought to reassure European and US officials that they will pursue continuity over change.  It remains to be seen how a new Italian government will work with its EU partners on much-needed reforms to the bloc and respond to the next crisis with Russia.

Image: A woman walked past electoral posters in Pomigliano D'Arco, near Naples, Italy, on February 21. Italians will vote in a parliamentary election on March 4 that is being closely watched on both sides of the Atlantic. (Reuters/Alessandro Bianchi)